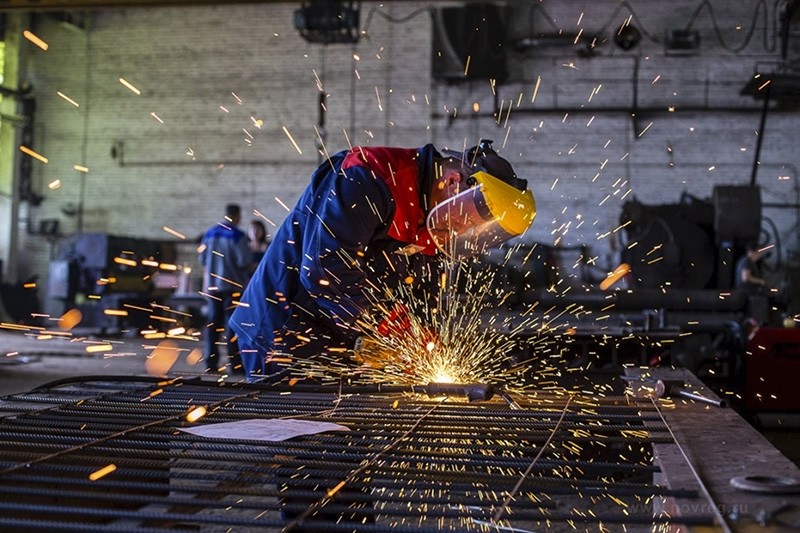 Industrial output is considered a vital indicator for the economy, as it is seen as a preliminary gauge for GDP growth.

Among three main sub-indices, the mining and quarrying index saw the highest annual increase in January, with 11.2 percent.

The manufacturing index rose 1.4 percent while the electricity, gas, steam, and air conditioning supply index was up 3.3 percent during the same period.

The data showed that industrial production dropped slightly 0.2 percent on a monthly basis in February.

All sub-sectors of the seasonal and calendar-adjusted industrial sector slipped month-on-month in February.

The electricity, gas, steam and air conditioning supply index dropped the most with 1.1 percent from January.

The mining and quarrying, and manufacturing indices fell slightly by 0.3 percent and 0.2 percent respectively.

Muammer Kömürcüoğlu, an economist at IS Investment, said in a client note that the strong trend in industrial production continued in February, despite a limited loss in acceleration on a monthly basis.

Kömürcüoğlu said industrial production data in January and February showed that the pace of growth in 2017 would continue this year.

"We think that a loss in the acceleration can be seen as of next month due to a reverse in the positive base effect in industrial production," he said.