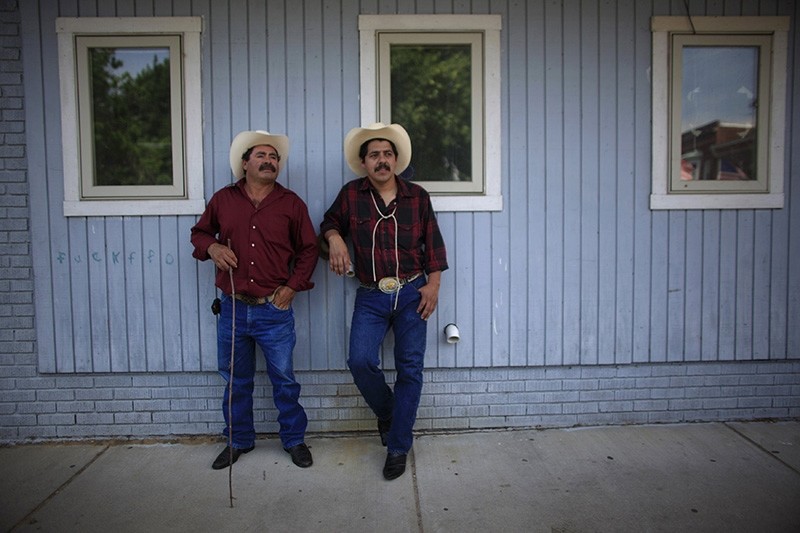 In this May 6, 2012, file photo, two cowboys watch a Cinco de Mayo celebration in Beardstown, Illinois, where approximately 900 immigrant workers from 34 countries are employed at the Cargill meat packing plant. (Reuters Photo)
by Apr 23, 2018 12:00 am

Payments from immigrants back to their home countries rebounded to reach a new record in 2017 but the costs of transferring funds also increased, the World Bank said Monday.

The stronger-than-expected recovery in remittances -- payments that are key to supporting the economies of many poor countries -- was driven by growth in Europe, Russia and the United States, the World Bank said in a report.

The bank estimates that officially recorded remittances to low- and middle-income countries reached $466 billion in 2017, an increase of 8.5 percent over $429 billion in 2016. They are expected to increase by about 4 percent this year.

Remittance inflows improved in all regions and the top remittance recipients were India with $69 billion, followed by China ($64 billion), the Philippines ($33 billion), Mexico ($31 billion), Nigeria ($22 billion), and Egypt ($20 billion).

The global average cost of sending $200 was 7.1 percent in the first quarter of 2018, and sub-Saharan Africa remains the most expensive place to send money to, where the average cost is 9.4 percent.

"While remittances are growing, countries, institutions, and development agencies must continue to chip away at high costs of remitting so that families receive more of the money," said Dilip Ratha, lead author of the report.

The bank calls on countries to take steps to simplify the process to reduce the costs, including "introducing more efficient technology."

East Asia and the Pacific saw the biggest inflows of $130 billion, as South Asia received $117 billion, followed by Latin America with $80 billion.