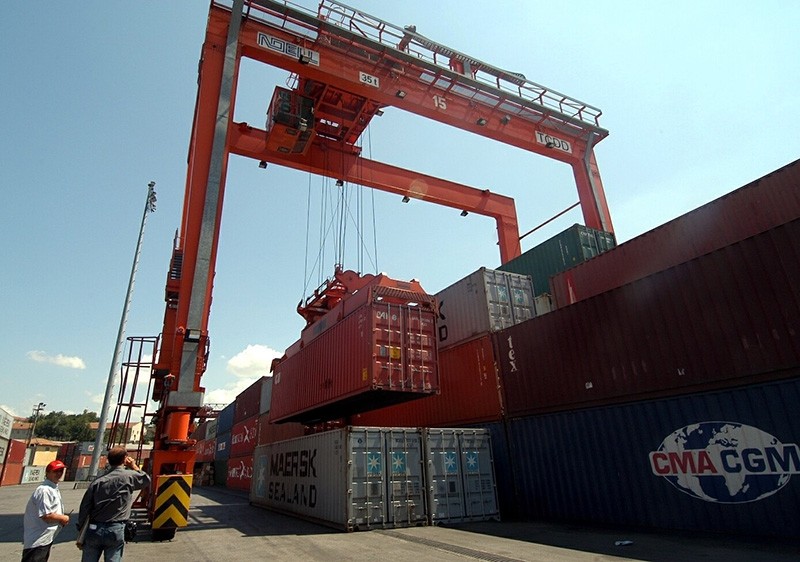 Turkey's exports rose to $161.1 billion in the last 12 months with a 10.7 percent increase, according to an announcement made by the Turkish Exporters Assembly (TİM) on Tuesday.

The assembly announced Turkey's export figures for April, revealing that the country's exports went up by 15 percent to reach $13.54 billion.

It added that the country's exports in the first four months of this year rose by 10.4 percent and became $54.7 billion.

TİM Chairman Mehmet Büyükekşi pointed out the consecutive increase in Turkish exports while highlighting the necessity to develop alternatives for the manufacturing of intermediate goods to reduce imports.

Büyükekşi said the goal is to sustain the growth momentum until the end of the year and exceed $170 billion in exports. He also added that the TİM has been declaring a continuous rise in exports since November 2016 and double-digit increase for the last seven months.

In terms of sectoral distribution, automotive topped Turkish exports with $2.9 billion. Automotive exports also recorded a 26.6 percent increase compared to April 2017. The textile industry ranked second in Turkish exports as it generated $1.5 billion in April and was followed by the chemical industry, which reached $1.3 billion in monthly exports.

Moreover, exports to the EU rose by 24 percent while Africa as a region saw a 24.7 percent increase in its imports from Turkey. Exports to the Commonwealth of Independent States (CIS) soared by 13.6 percent. Meanwhile exports to the Middle East and North American countries decreased by 11.5 percent and 6.2 percent, respectively. The EU share of Turkey's exports accounted for 51.6 percent in April.