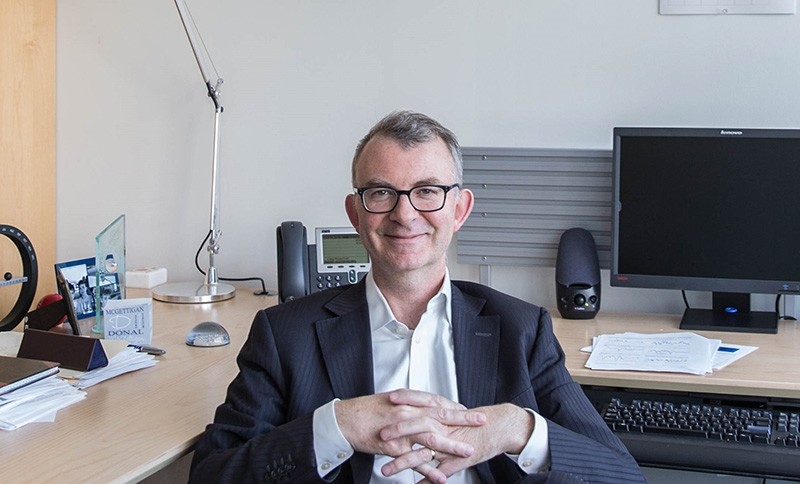 The IMF report also warned of inflationary risks and the widening current account deficit, which keeps the economy open to internal and external risks.

This growth performance not only exceeded the expectations of many institutions, including the IMF, but also surpassed China and India, which last year grew 6.9 percent and 6.7 percent, respectively.

"Reflecting stimulus, the growth was mainly driven by domestic demand. Even though exports were strong, imports were also strong, so net exports did not add a lot to growth," he said.

With a population of 80 million, household consumption makes up about two-thirds of the Turkish economy.

The strong domestic demand has been fueled by an increase in purchasing power of Turkish consumers, whose real incomes doubled over the last decade.

Such improvements not only carried Turkey to the upper-middle income level but also helped it stand out compared to some other emerging countries.

"I think since the crisis in the early 2000's, Turkey's policies have dramatically improved socioeconomic outcomes not just within Turkey but compared to a lot of other countries," McGettigan said, noting that poverty has halved, life expectancy has grown, enrollment and graduation rates have increased across all education levels and gender gaps have narrowed.

But the impressive growth performance of last year did not come without a cost, according to McGettigan.

"The growth was so strong that there are clear signs of overheating, in our view," he warned. "The clearest signs are inflation, which is well above the target, and the current account deficit, which grew wider."

According to the most recent official data, annual inflation in the country was 10.23 percent in March, more than double the central bank's 5 percent target.

In a bid to contain inflation, the Central Bank of the Republic of Turkey (CBRT) raised one of its main rates, the late-liquidity lending rate, from 12.75 percent to 13.50 percent on April 25.

This step was in line with the recommendations of the IMF, which advocates further tightening to contain realized inflation as well as to anchor inflation expectations.

"In that sense, the recent central bank decision to raise its effective rate by 75 basis points is certainly a step in the right direction," McGettigan said.

In addition to inflation, potential growth was a key focus during the Article IV discussions between the Turkish government and IMF staff.

The government is forecasting annual economic growth of 5.5 percent between 2018 and 2020 as part of its medium-term economic program.

McGettigan claims that 5.5 percent growth would add to the overheating, while Turkey grew an average of 5.8 percent in the last 15 years, according to official data.

Another area where Turkey got a decent grade from the IMF chief was structural reforms.

"I'd like to say that the reforms put in place from the early 2000s are deeply impressive. They left Turkey in a very good position to handle the global financial crisis," McGettigan said.

While welcoming the more recent reforms to increase female labor force participation and flexibility in the job market, he also emphasized the importance of taking advantage of the current strong cyclical growth conditions to put in place further well-targeted reforms.

"A lot of reforms have been done, but our sense is further reforms are needed," he said.

Severance pay, backward-looking wage indexation, pensions and improving the quality of education were among other areas where further reforms are needed, the IMF chief suggested to Turkey.

"Addressing these would also help support sustainable growth and lower the cost of disinflation," he added.