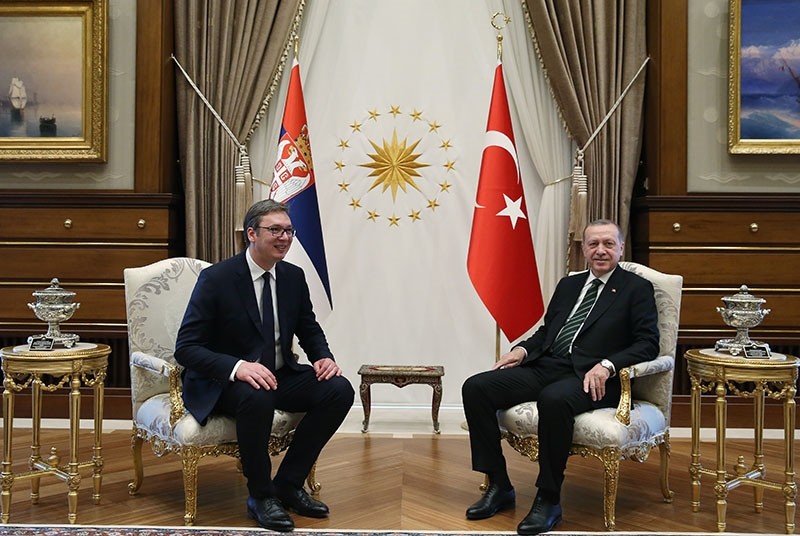 President Recep Tayyip Erdoğan said Monday that it was pleasing that the trade volume between Turkey and Serbia had reached $1 billion in 2017 but reiterated Turkey's desire to bring this volume to $5 billion.

Serbian President Aleksandar Vucic arrived Turkey on Sunday for a two-day visit to attend the Turkey-Serbia Business Forum in Istanbul on Sunday and the High-Level Cooperation Council Meeting in Ankara on Monday.

Following the meeting, the two leaders held a joint press conference, in which they praised the warm ties between the two countries over the last years and developing economic relations.

"No investors were interested in small cities in Serbia. Only Turkish investors have come to invest in our small cities, and after President Erdoğan's visit, these cities have developed economically even more," Vucic said.

"I would like to thank President Erdoğan for stabilizing the Balkans," he added.

Earlier on Monday, Vucic paid tribute to Turkey's founder Mustafa Kemal Atatürk at his mausoleum, Anıtkabir. He later visited the Parliament and attended a meeting with Speaker Ismail Kahraman.