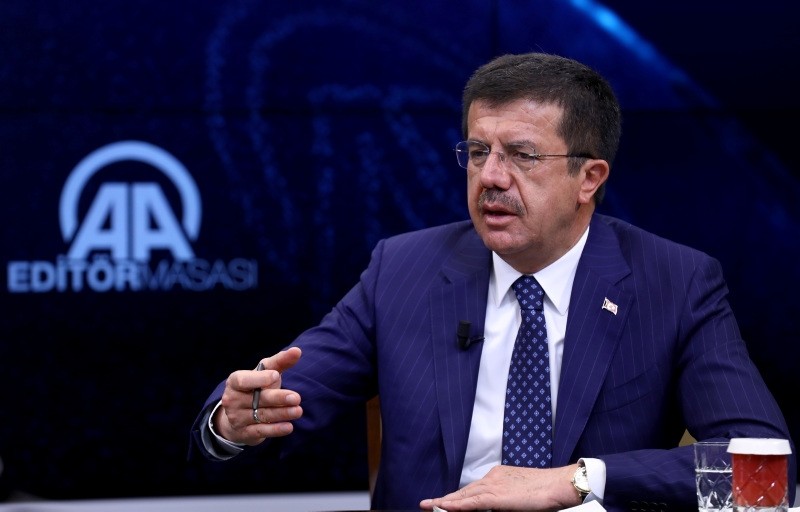 Responding to a question regarding U.S. President Donald Trump's announcement of a U.S. withdrawal from the Iran nuclear deal on Tuesday, Zeybekci said Turkey would continue to do trade with Iran.

"It is an opportunity for Turkey. We will continue to have trade with Iran while complying with the UN resolutions on nuclear activities," he added.

Zeybekci emphasized that Turkey's position was clear on Iran, which was a "friendly and brother" country for Ankara.

Trump on Tuesday pulled the U.S. out of the landmark nuclear deal that world powers struck in 2015 with Iran.

The 2015 pact placed unprecedented restrictions on Iran's nuclear program in exchange for billions of dollars in relief from international sanctions, but Trump has long railed against it, repeatedly calling it the "worst deal" he has ever seen.

All of the U.S.' negotiating partners -- the UK, France, Germany, Russia, China and the EU -- agree that maintaining the accord is the best way to reign in Iran's nuclear program.

Zeybekci said Turkey's foreign trade in local currency terms stood around 9 percent. "We aim to increase its share to 15 percent."

He said the government was seeking to finance the current account deficit of $15-20 billion with Turkish liras.

"I think we will exceed 10 percent by the end of this year," he added.

Zeybekci also stressed that it was "important" to use the Turkish lira as the reserve currency, saying: "If you are dependent on foreign currencies, such as dollar and euro, you will be vulnerable to speculative movements. Therefore, our work on this is rapidly progressing."

Regarding Turkey's deals regarding trade in local currencies with Russia, Iran, Azerbaijan, the Turkish Republic of Northern Cyprus, Korea and Venezuela, Zeybekci said: "The official basis with Russia is ready."

Zeybekci said the agreement with Moscow would enable Russian tourists to Turkey to pay in ruble while Turkey would be purchasing in Turkish liras for the same amount.

Turkey is "strong" in terms of economic depth and volume, Zeybekci said, adding that the country had no problems in terms of overall economic balances.

"Turkey, with its GDP of around $900 billion, is strong in terms of economic depth and volume," he said.

"It is obvious that Turkey sustained a certain degree of damage by the movements of [global] financial markets but no one should expect [Turkey] to be devastated, to be extremely affected in terms of economy," he added.

He expects that Turkey will grow by 6 percent in 2018.

Turkey's economy grew by 7.4 percent in 2017, compared to the previous year, according to the Turkish Statistical Institute (TurkStat).