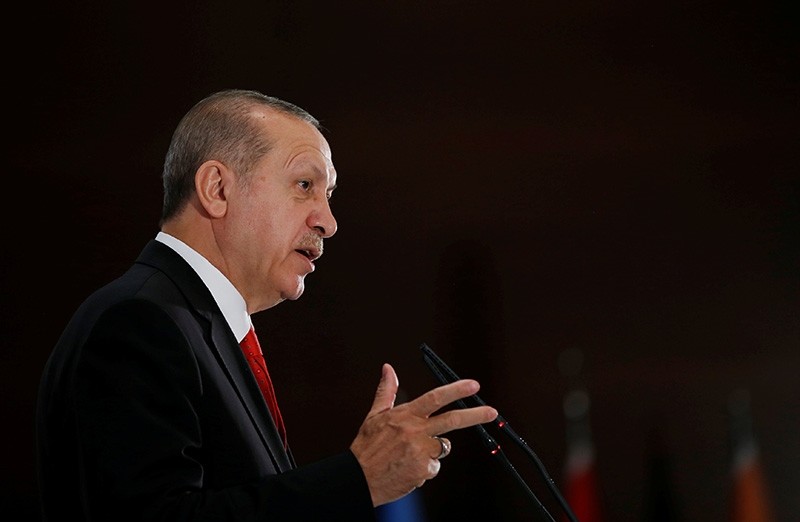 The recent volatility in currencies is not at all related to Turkey's economic reality, President Recep Tayyip Erdoğan said late Wednesday during a speech addressed to the former deputies of his ruling Justice and Development Party (AK Party) in the Presidential Complex in Ankara.

The Turkish economy has a growth rate of 7.4 percent, the president said, adding that: "We are also ahead of European countries in national income per capita."

"All necessary measures to lower inflation and current account deficit will be taken after the elections. We are working according to our financial policies," Erdoğan said.

"There is no economic situation that we cannot overcome," he added.

"I am calling on all our people not to favor other currencies over Turkish lira."

Prime Minister Binali Yıldırım also spoke about the matter. "The Turkish government is doing its job, has a good command on economy and strictly follows financial policies. Our fight against inflation will continue," he said.

The Central Bank (CBRT) held an emergency meeting Wednesday, after which the Turkish lira recovered to 4.55 against U.S. dollar and 5.33 against euro after the day's record lows of 4.92 and 5.74, respectively.

The bank also raised late liquidity window rate to 16.5 percent from the previous 13.5.

Deputy Prime Minister responsible for the economy Mehmet Şimşek said after the emergency meeting that "none of Turkey's macroeconomic problems are insurmountable," adding that Turkey has fixed problems in the past and will do it again.

"The Central Bank governor and member of the monetary committee have my full backing in doing what's necessary to stem the slide in [Turkish] lira and achieve price stability," Şimşek said on his official Twitter account.