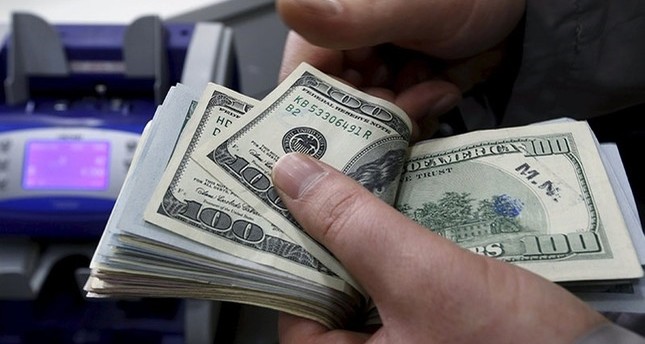 Turkey's Central Bank said Thursday that it has increased the maximum total amount of forward foreign exchange (NDF) sale positions to $8 billion from $6.5 billion in the second quarter of 2018 in efforts to stabilize currency rates.

It also said the upper limit for the total amount of forward foreign exchange sale position was determined to be $10 billion until the end of 2018.

The central bank raised its top interest rate to 16.5 percent at an extraordinary meeting on Wednesday in a bid to break the weekslong fall of the Turkish lira. The Turkish currency had depreciated as much as 23 percent so far this year before the bank's move.

At the beginning of the year, the USD/TRY rate was 3.78 while the average rate was 3.65 last year. On Thursday it opened at around 4.7.

The government has introduced incentive packages and tax amnesties to businesses and subsidies to certain sectors in recent years to stimulate the economy and boost growth.

Istanbul Chamber of Commerce head Şekip Avdagiç said everyone should unite against the lira weakening so that the instruments used by the central bank would still be effective.

We should support the rate hike decision by the central bank, Avdagiç said in a statement.

"I advise business circles and producers not to start doing business with the dollar if they have not been doing deals with it," Avdagiç added.