Turkey's annual inflation rate up in May 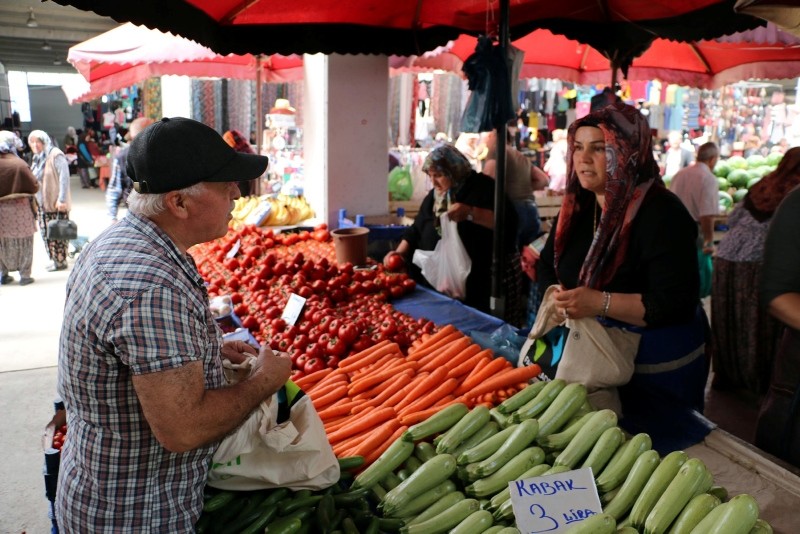 The May figure was up from 10.85 percent in April, according to the data from the national statistical body.

Deputy Prime Minister in charge of the economy Mehmet Şimşek said on social media that the data, to a large extent, reflected base effects as well as oil price and currency movements.

Minister Şimşek vowed monetary and fiscal policies would be increasingly coordinated, and that would help inflation trend downwards in the second half of the year.

"With the post-election structural reforms and macroprudential measures, our set of policy instruments will become stronger," he said.

The highest annual increase was seen in transportation, up 20.02 percent.

"Furnishing and household equipment with 16.87 percent, miscellaneous goods and services with 15.38 percent, hotels, cafes and restaurants with 12.51 percent and housing with 11.24 percent were the other main groups where high annual increases were realized," TurkStat said.

The core price outlook, which excludes volatile energy and food prices, was at 12.64 percent in May.

The data revealed that clothing and footwear posted the highest monthly rise with 5.21 percent.

"In May 2018, the indices rose for transportation, 2.32 percent, for miscellaneous goods and services, 2.06 percent, for hotels, cafes and restaurants and for food and non-alcoholic beverages, 1.45 percent," TurkStat said.

On the other hand, Economy Minister Nihat Zeybekci stressed Monday that the government will take all necessary steps regarding the issue. He said incentives and support for supply-related measures were ready to minimize the contribution of food prices to inflation.

"We have dispatched some of them as a decision of the Council of Ministers," Zeybekci added.

Elaborating on the data, analysts said the rise, especially in core inflation, was an upward risk for the upcoming period, saying that all eyes were set on the central bank.

The inflation rate increased the pressure on the central bank to again raise interest rates.

The Central Bank of the Republic of Turkey (CBRT) is due to hold its next scheduled meeting Thursday with all eyes on whether it will follow the emergency rate hike with a new move.

Meanwhile, in order to stem the slide in the Turkish lira, which fell to 4.93 against the U.S. dollar on May 23, the CBRT had raised the late liquidity window by 300 basis points to 16.5 percent from 13.5 percent after an extraordinary meeting of its monetary policy committee. The bank kept other rates unchanged, describing the move as a "powerful monetary tightening" policy and saying it's ready to continue using all instruments.

It would be tough for the bank not to hike interest rates this week, according to Timothy Ash, the emerging markets sovereign strategist at BlueBay Asset Management.

London-based Capital Economics said the sharp rise in inflation is unlikely to spur another rate hike.

"Despite the sharp rise in Turkish inflation in May, the rally in the lira over the past week or so means that we think that the central bank will decide to stand pat at its MPC [Monetary Policy Committee] meeting," it said in a note.

But Gökçe Çelik, chief economist at Istanbul-based QNB Finansbank, warned that inflation is set to rise further and the central bank had "enough motives" for a new rate hike at the meeting.

She predicted a modest rise of 50-75 basis points and warned that unchanged rates could hurt Turkish lira.

"Now that the word is out, no action at Thursday's meeting could trigger some depreciation pressures," she said.