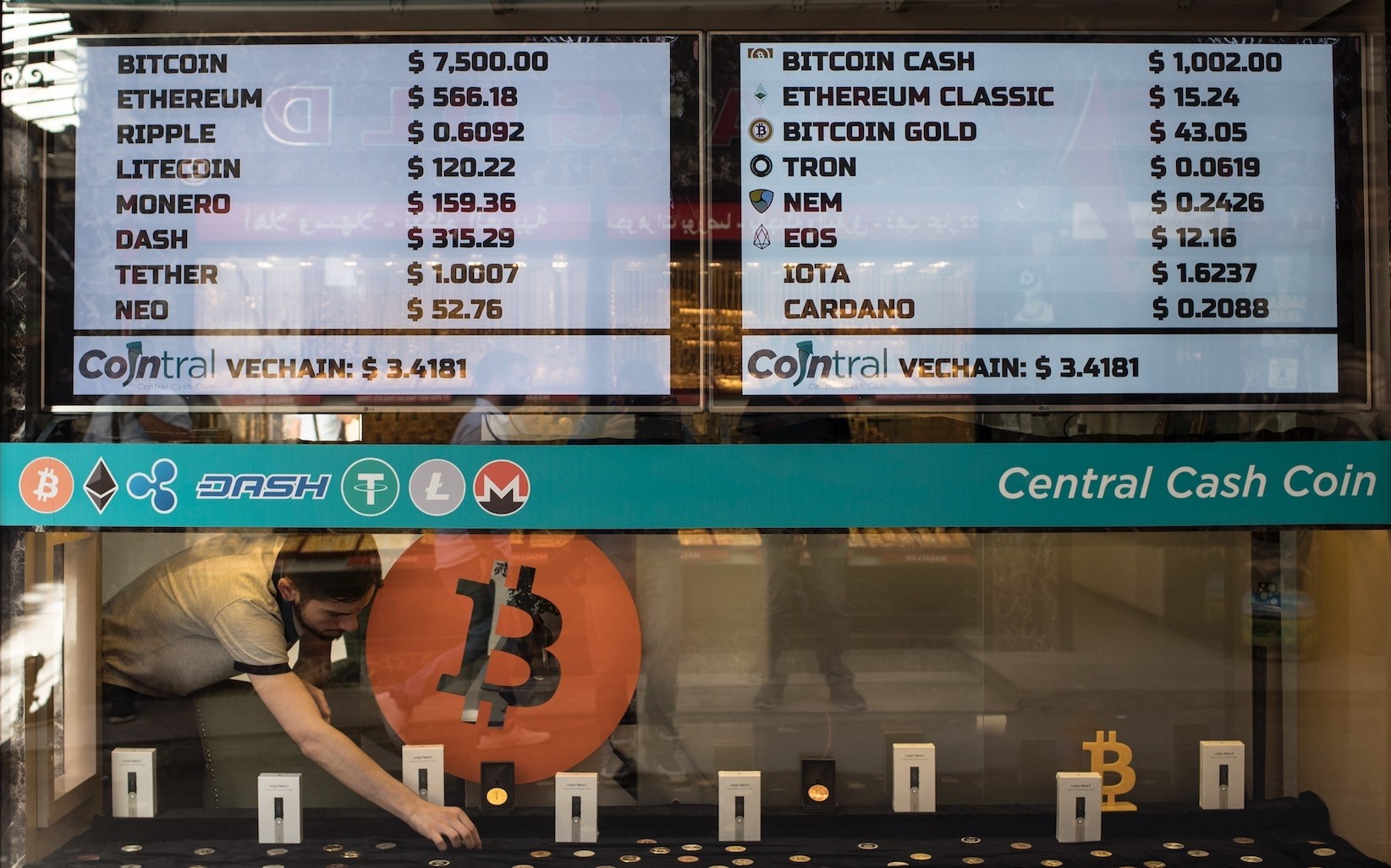 Gradual digitalization of money nowadays has resulted in many cryptocurrency-related ideas rising to the surface. For instance, a Bitcoin shop, which offers consultancy services and where many cryptocurrencies are traded, has recently opened in Istanbul's Grand Bazaar

The optimistic atmosphere created by Bitcoin, which has become a phenomenon in recent years, allows cryptocurrencies to be used in both investment and money transfer transactions, while the loss of the physical nature of money and its introduction to digitalization enables various ideas and methods to emerge, giving different dimensions to cryptocurrency.

The Bitcoin shop, which has started to operate in Istanbul's Grand Bazaar, provides consultancy services to those who want to carry out transactions in big stock markets with cryptocurrencies and trade them with commission.

Bitcoin achieved over a 20-fold increase in value in 2017, reaching around $20,000 towards the end of the year, while the usage of cryptocurrencies in both investment and money transfer transactions has found a broad coverage on the agenda.

"Here we are intermediaries between stock exchanges and people. People can carry out their transactions here face to face. When they come to us, first of all, we give them information about the crypto world, the block-chain system and what might happen in the future," Çakan said.

The most important feature that distinguishes Bitcoin is that it does not require the authority of a third party, such as a government or central bank, and changes the handset directly between the buyer and the seller in the digital environment. Today, especially in developed countries, the use of paper money is decreasing day by day and expenditures are often made with digital currency. Even though the process is still in its infancy, the growing influence of other cryptocurrencies like Bitcoin and the high demand for them are increasingly enabling them to function as an alternative currency.

"We cannot give coin recommendations when they make their investment decisions, but we give them the necessary information to review their coins," Çakan said, adding that citizens show great interest in cryptocurrency.

"We have reached our goal in terms of generating interest because our target audience, those who do not have anything to do with this issue and cannot do research on the internet, is given face to face information here," he continued. "We are very happy that Aunt Ayşe and Uncle Mehmet are coming to us. They get all the information they want. We do research where we do not have information and get back to them. The Turkish people are very interested in cryptocurrency right now."

He remarked that they gave consultancy services to citizens who have no information about cryptocurrency, even giving them assignments so that they can understand the system better.

Noting that the blockchain system is one of the most reliable structures in the world, Çakan said that cryptocurrency is a product of this system and that they give information about these products. "We give information about the risks of the investment they want to make. We are careful not to take action the first time so that they can do some research and get into the business. We give them assignments, providing them with some links. When they come back to us, we help them fully with the transactions they want once they have mastered the subject."

Citizens should be careful about fraud, he sighted, stressing that this system is somewhat open to speculation and fraud since it has not yet been fully regulated. "We recommend that people should not act without full knowledge of the subject. There are various forms of fraud in the market. Masquerading as a stock exchange that actually does not exist and making cryptocurrency transactions through this market is one of them. We advise the public to use institutions that have proven themselves like us," Çakan added.