France, Germany and UK seek exemption from US Iran sanctions 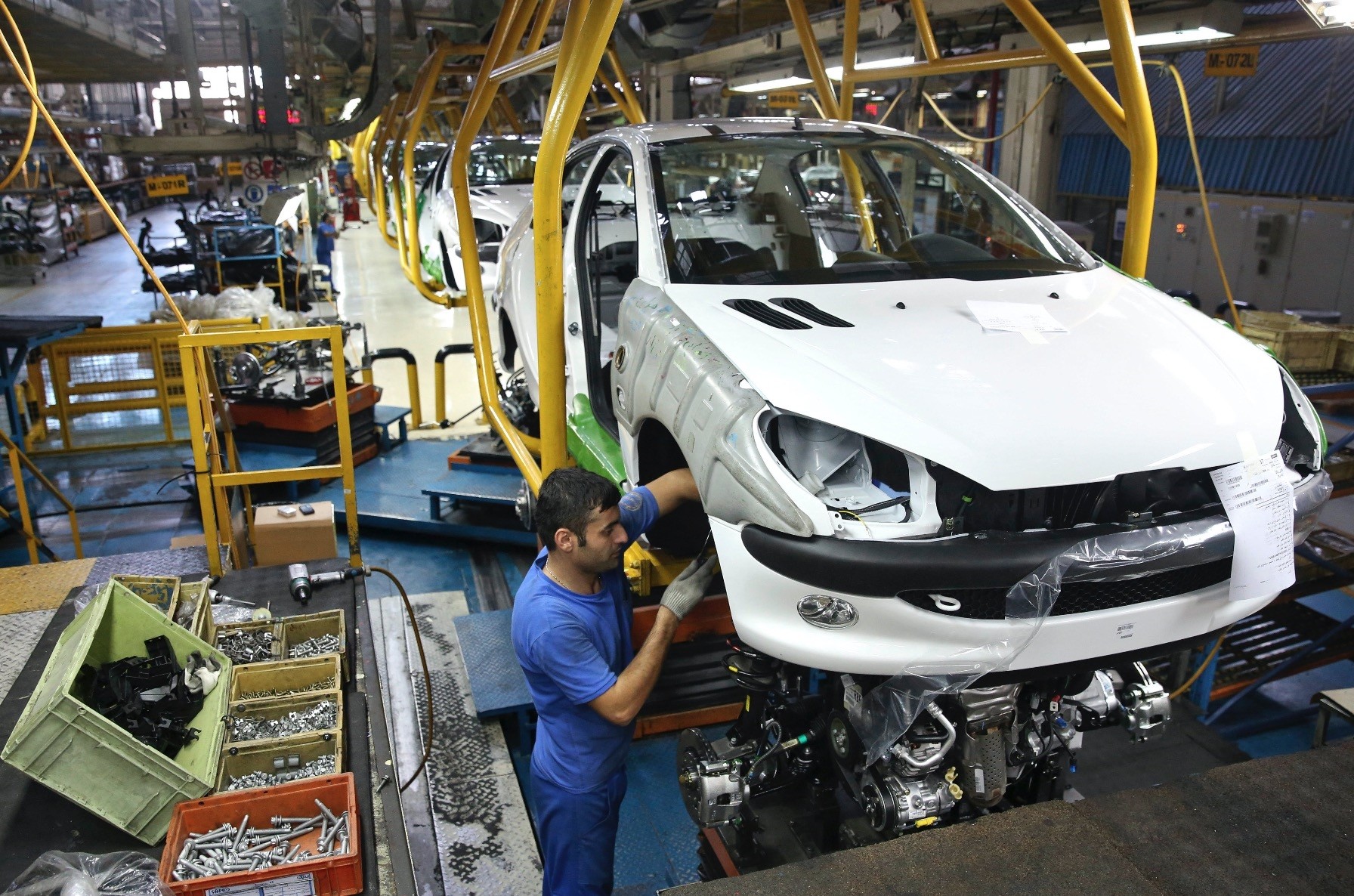 An Iranian worker assembles a Peugeot 206 at the state-run Iran-Khodro automobile manufacturing plant, Tehran, Iran.
by Associated Press Jun 07, 2018 12:00 am

Germany, France and Britain have written to senior U.S. officials urging them to protect European companies working in Iran from getting caught up in Washington's new sanctions on the country

Britain, France and Germany have joined forces to urge the United States to exempt European companies from any sanctions the U.S. will slap on Iran after pulling out of an international nuclear agreement. In a letter dated Monday to U.S. Treasury Secretary Steven Mnuchin and Secretary of State Mike Pompeo, ministers from the three European countries said they "strongly regret" last month's decision by President Donald Trump to withdraw from the Iran deal. Trump, who argued that the 2015 deal was insufficiently tough on Iran, has said sanctions will be imposed on any company doing business with Tehran.

The three European countries were also signatories of the 2015 deal, which was meant to stop Iran from developing nuclear weapons in exchange for the lifting of economic sanctions.

In their letter, made public yesterday, the ministers said that "as close allies we expect that the extraterritorial effects of U.S. secondary sanctions will not be enforced on EU entities and individuals, and the United States will thus respect our political decision and the good faith of economic operators within EU legal territory."

ons" for EU companies that have been doing business with Iran since the deal came into force in 2016. They also said Iran should not be cut out of the SWIFT system for international money transfers.

Many companies from Europe and the U.S. have been steadily building up their investments in Iran in the past few years in the wake of the nuclear deal, particularly in the fields of pharmaceuticals, banking and oil. Any sanctions could be damaging, especially if they affect their business interests in the United States.

In the letter, the ministers reiterated their view that the deal with Iran remains the "best means" to prevent the country from becoming a nuclear power.

"There appears to be no credible alternatives at this time," they said.

They also warned that any Iranian withdrawal from the deal would "further unsettle a region where additional conflicts would be disastrous."

The publication of the letter comes a day after Iran said it was preparing for the resumption of uranium enrichment within the limits set by the 2015 agreement with the world powers. The modest steps appeared to be mainly aimed at signaling that Iran could resume its drive toward industrial-scale enrichment if the nuclear accord unravels.

French Foreign Minister Jean-Yves Le Drian sought to downplay the implications of the move and said it was within the confines of the deal.

"It shows a sort of irritation and it is always dangerous to flirt with the red lines," he said on Europe-1 radio.

"We must keep a sense of proportion and stick to the agreement, and it must permanently be inspected by the IAEA. And today, the agreement is not broken and Iran respects totally its commitments."