'Fits of anger' could not dictate international cooperation, France warns 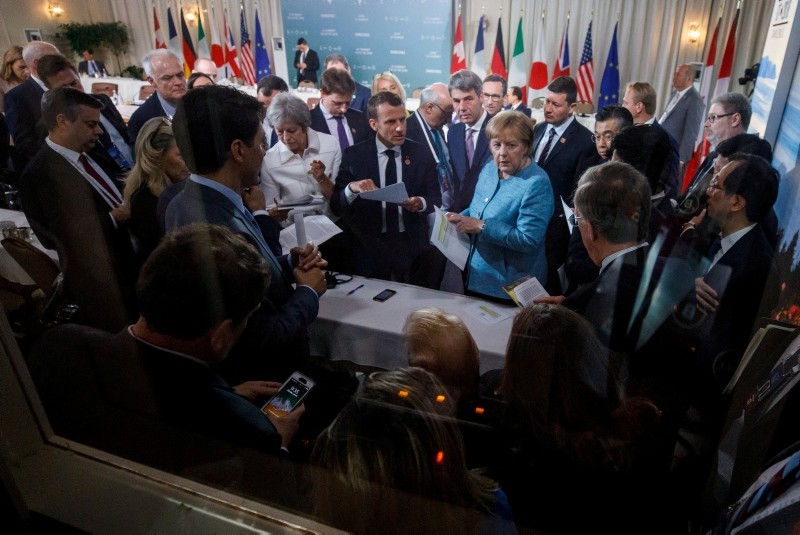 France warned Sunday that "fits of anger" could not dictate international cooperation after US President Donald Trump abruptly rejected a joint statement agreed following a bad-tempered G7 summit in Canada.

"International cooperation cannot be dictated by fits of anger and throwaway remarks," President Emmanuel Macron's office said in a statement to AFP.

"We spend two days working out a (joint) statement and commitments. We are sticking to them and whoever reneges on them is showing incoherence and inconsistency.

"Let's be serious and worthy of our people. We make commitments and keep them," the presidency said, adding that "France and Europe maintain their support for this (G7) statement."

Minutes after the publication of a joint communique that was approved by Trump and other Group of Seven leaders at a summit in the city of Quebec, the US leader announced on Twitter that he was retracting his support.

In a flurry of tweets from Air Force One, en route to Singapore for a historic nuclear summit with North Korea's Kim Jong Un, Trump accused the summit host, Canadian Prime Minister Justin Trudeau of being "very dishonest".

He was reacting to Trudeau's declaration that Canadians would "not be pushed around" and would hit back at punishing US tariffs on metal imports with "equivalent tariffs".

"Based on Justin's false statements at his news conference, and the fact that Canada is charging massive Tariffs to our US farmers, workers and companies, I have instructed our US Reps not to endorse the Communique as we look at Tariffs on automobiles flooding the US Market!" Trump tweeted.

"PM Justin Trudeau of Canada acted so meek and mild during our @G7 meetings only to give a news conference after I left saying that ... he 'will not be pushed around.' Very dishonest & weak."