World economy set for the most important week of the year 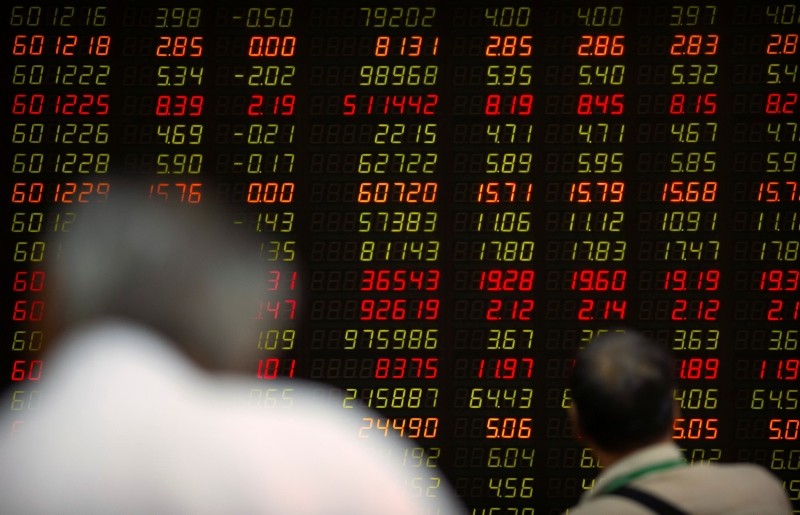 The world economy's most important week of the year kicks off Monday as a number of critical events are expected in the next five days.

This week's presidential standoffs, trade tensions and central bank meetings each carry the potential to propel financial markets and shape the outlook for global growth, according to Bloomberg.

On Monday, investors will give their initial reactions to the Group of Seven summit in Canada, which ended with U.S. President Donald Trump attacking other members of the G-7, generating more worries over global trade.

An unprecedented summit between the leaders of the U.S and North Korea — Trump and Kim Jong Un — will take place Tuesday in Singapore. The meeting could see the two countries finally sign a formal agreement to end the Korean War.

At the same time, U.K. Prime Minister Theresa May's Brexit legislation will return to the House of Commons, the more powerful lower house of the British parliament.

Lawmakers will vote on Tuesday and Wednesday on amendments to the EU withdrawal bill, legislation to sever ties with the bloc by essentially copying and pasting the bloc's laws so that Britain's legal system can function after March next year. The question of the U.K. staying in the EU customs union will also be on the agenda.

The U.S. Federal Reserve holds a two-day meeting starting Tuesday, and it is widely expected to raise interest rates for the second time this year Wednesday. The focus is on whether the central bank will hint at raising rates four times in 2018.

The European Central Bank is also expected to tighten its monetary policy Thursday and will announce when it will unwind its bond-purchasing program which put the dollar under pressure last week as the euro bounced back from 10-month lows.

Also Thursday, Russian President Vladimir Putin and Saudi Crown Prince Mohamad bin Salman will meet in Moscow as their national teams are set to play in the 2018 World Cup opening game. The talks could influence the global oil market as it comes a week before a crucial OPEC meeting, providing a last-minute chance for the two leaders to discuss a possible increase in oil production.

Meanwhile, China will release retail sales and industrial production data, shedding light on the state of the world's second-largest economy.

Friday is the deadline for the U.S. to publish the final list of Chinese products subject to $50 billion in tariffs.