US stocks and bond yields dip amid trade worries 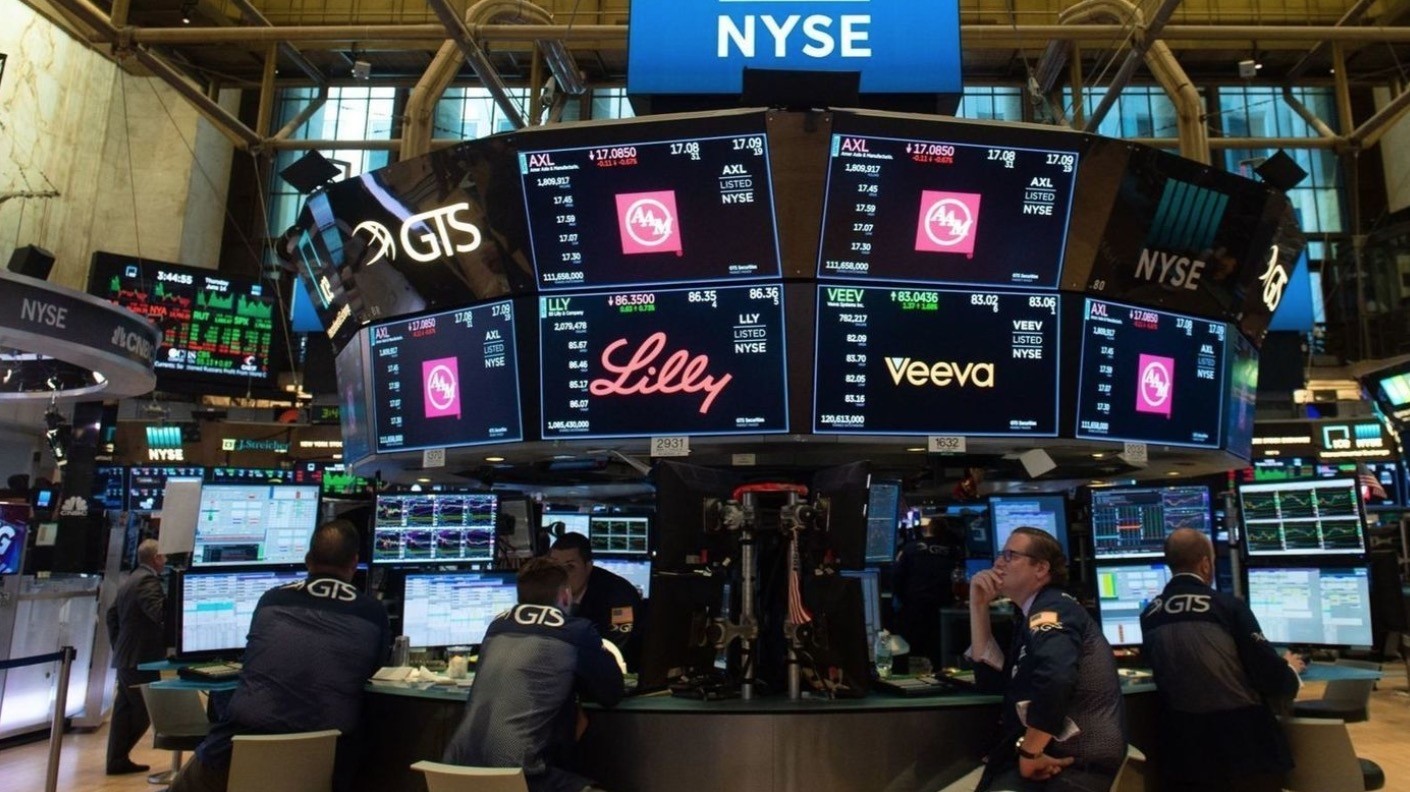 U.S. stocks closed out a whirlwind week with a modest loss Friday as markets gauged how much to fret about the Trump administration's decision to step up the trade dispute between the world's two biggest economies.

The White House announced tariffs on $50 billion of imports from China, and China's almost-immediate response was a promise to retaliate with its own of the same scale. Stocks sank from the start of trading, and the S&P 500 was down 0.7 percent at one point before paring its loss as the day progressed.

The worst-case scenario for investors is that an escalating trade war between the United State and China will leave the global economy as collateral damage. Barriers to trade could result in higher prices at stores for all kinds of products, weaker profits for companies and slower growth around the world. President Donald Trump has railed against the United States' trade deficits with other countries as unfair.

Investors generally don't expect the worst-case scenario to occur. The expectation for many is that the tariffs are merely a tool to spur the creation of new trade deals rather than as an end in itself.

"It's something that could hurt the economy if followed through on, but for now, markets seem to be assessing this as just a negotiation that is out there for everyone to see," said Matthew Miskin, market strategist with John Hancock Investments.

That belief helped to temper Friday's losses, and the day's trading was reminiscent of April 4, when stocks plunged at the opening bell on concerns about a U.S.-China tariff tiff only to end the day higher.

Tariffs weren't the only thing moving markets following a busy week full of encouraging reports on the U.S. economy and policy announcements from the world's biggest central banks.

Attention is focused on central banks because they're in various stages of pulling away from the emergency stimulus put in place following the Great Recession. The Bank of Japan decided on Friday to keep its stimulus program on track, for example. A day earlier, the European Central Bank said it would halt its bond-buying program after the end of the year, though it also pledged to hold off on rate increases through the summer of 2019.

The Federal Reserve is further along this path. On Wednesday, it raised its benchmark rate for the fourth time in the last year and indicated two more increases may be on the way in 2018, which was more aggressive than some investors expected. It's making the moves because of the stronger economy, and that may mean something counterintuitive for the lay investor: The stronger the economy becomes, the more likely the Federal Reserve will be to raise interest rates quickly, and that would hurt stock prices.

"Stocks and the economy might go separate ways," Miskin said. "The economy might actually feel good for the first time in a decade, but the problem is that those tend to be the periods at the end of the cycle."

The biggest losses Friday came from the energy sector, where stocks fell with a sharp drop in the price of oil. Crude sank amid speculation that oil-producing countries could push to increase production at next week's OPEC meeting.

Treasury yields fell for a second straight day, and the yield on the 10-year Treasury sank to 2.91 percent from 2.94 percent late Thursday.