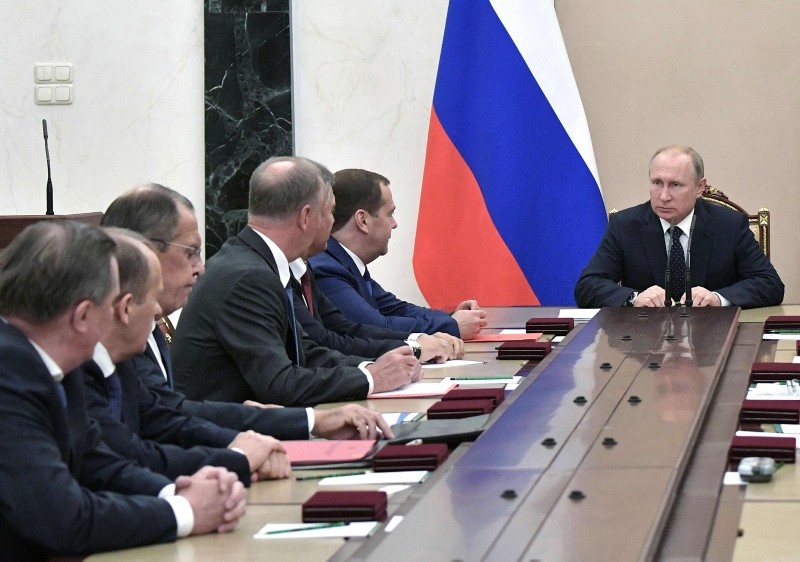 A Russian government proposal to hike the state pension age to 63 for women and 65 for men had as of Monday seen more than 1.5 million people sign a petition against the move.

Russian Prime Minister Dmitry Medvedev proposed the highly controversial move, which would be the first raise to the pension age in nearly 90 years, last week as the World Cup kicked off in Moscow.

The state pension age in Russia is the same as it was under the Soviet Union: 55 for women and 60 for men.

With life expectancy on the rise, more than a quarter of the Russian population of 146.9 million is now over that age.

Medvedev called for the pension age to be gradually increased from next year, reaching its targets in 2028 for men and 2034 for women.

A Change.org petition posted last week by an alliance of trade unions had been signed by more than 1.53 million people as of Monday morning, in a rare show of public opposition to a government proposal, raising the prospect of street protests.

The petition argues that raising the pension age means many Russians will never actually receive it.

Average life expectancy for Russian men is 67, while for women it is 77, according to official statistics.

President Vladimir Putin has kept a distance from the reform put forward by the premier, his close ally, apparently aware of its unpopularity.

In a question-and-answer session this month, he said that he took a "very cautious and careful" approach to the possibility of raising the pension age.

A source close to the presidential administration told Vedomosti business daily on Monday that the Kremlin fears possible protests.

In 2005, Putin publicly promised not to raise the pension age "while I'm president."

Other ex-Soviet countries have already introduced similar reforms, however.

Belarus is raising the pension age by six months every year from January 2017 until it reaches 58 for women and 63 for men in 2022.

Ukraine is gradually increasing its pension age to 60 for women by 2021 and raising the number of years people have to work in order to qualify.