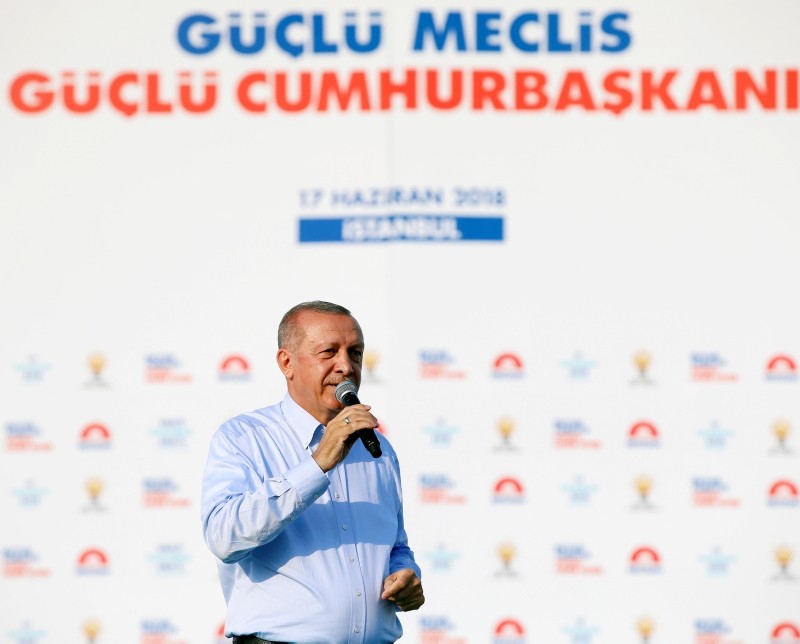 Turkey is planning to establish a series of new mega industrial zones with investments of around TL 140 billion that are set to create an estimated 100,000 jobs

"We are building mega industrial zones in five different regions across the country. It will upgrade Turkey's industry and technology sector and create 100,000 jobs," the president said on his official social media account.

The president also attached an image titled "National Industrial Leap," explaining the details of the project.

It highlighted that the planned zones will enable Turkey to make a leap in industrial production. The president added that the legal work for the industrial zones has already been completed.

Science, Industry and Technology Minister Faruk Özlü said that these mega-industrial zones would be key for Turkey if it wants to become a large-scale economy.

Minister Özlü said that the Turkish economy will make the true leap thanks to the mega industrial zones, where it will accommodate large foreign and local investments on high-technology and mid-high technology products.

Özlü said that his ministry has approved the map and geological survey reports, construction and parcel plans as well as infrastructure and superstructure projects for the industrial zones. He noted that the ministry will also issue the licenses and permits for business operations in the zones.

He said that the bureaucratic procedures will also be eased and streamlined. The investments that acquired incentive certificates will receive tax benefits and social security premiums.

The lands owned by the Turkish Treasury will be leased out for 49 years, the minister added. All buildings in the industrial zones will be exempted from real estate tax and businesses will be relieved off license and permit expenditures.

"The zones will be managed by firms in the form of incorporations where local and foreign investors operating in these zones along with entities and corporations, associations, foundations, chambers and banks may have shares," Özlü said.

Talking about potential activities in industrial zones, Özlü said refineries and thermal power plant investments will be carried out at the Ceyhan Energy Specialized Industrial Zone, which is an important area for the energy sector for its proximity to the Middle East oil and natural gas reserves and international energy pipelines.

Large petrochemical and refineries are planned to be established in the Ceyhan Energy-Special Industrial Zone. Ceyhan has a significant place in the Turkish and global energy industry as it carries Iraqi oil from Kirkuk for export. The Baku-Tbilisi-Ceyhan crude pipeline also transports oil produced in the Caspian Region, especially Azeri oil, from Azerbaijan to Ceyhan Marine Terminal through Georgia.

"Electrical equipment, machinery equipment, high and medium high-tech sectors will be based in Filyos Industrial Zone. The area has Turkey's largest port, thus it has the potential to become a logistics base for domestic and international investors," the minister noted.

He added that the defense industry, rail systems, and commercial vehicles will be operating out of the Karasu Exclusive Investment Zone, the largest defense and automotive production center in the country.

In 2016, the Council of Ministers decided to allocate an individual investment area in Karasu, Sakarya. An area has already been allocated there to local automotive giant BMC.