India strikes back at US with tariff hike on farm, steel products 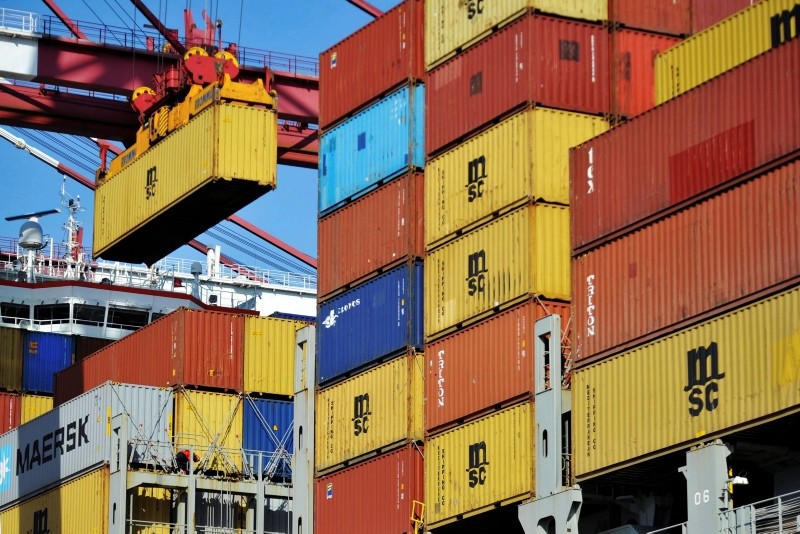 India has raised duties on a range of items largely imported from the United States, joining the European Union, Turkey, Canada and China in retaliating against President Donald Trump's tariff hikes on steel and aluminium.

An Indian Finance Ministry notification on Thursday listed new tariffs on a range of 29 farm, chemical, steel and other products. Some of the new rates took immediate effect, while others are due to come into force on August 4.

The move to increase tariffs from Aug. 4 will also cover a slew of other farm, steel and iron products.

It came a day after the European Union said it would begin charging 25 percent import duties on a range of U.S. products on Friday, in response to the new U.S. tariffs.

"The total tariff burden today being imposed by Turkey on the U.S. is commensurate with the additional costs Turkey faces due to the tariffs imposed on it by the U.S.," Zeybekci said in a statement. "They are proportional, measured and designed to protect Turkey's interests, while encouraging dialogue."

According to documents filed with the World Trade Organization, Turkey will slap $267 million in tariffs on $1.8 billion worth of products that the United States exports to Turkey.

India is by far the largest buyer of U.S. almonds, purchasing over half of all U.S. almond shipments in 2017. A kilogram of shelled almonds will attract duty of as much as 120 rupees ($1.76) instead of the current 100 rupees, the Commerce Ministry said.

New Delhialso imposed a 120 percent duty on the import of walnuts in the strongest action yet against the United States.

Last month, New Delhi sought an exemption from the new U.S. tariffs, saying its steel and aluminium exports were small in relation to other suppliers. But its request was ignored, prompting India to launch a complaint against the United States at the World Trade Organization.

"India's tariff retaliation is within the discipline of trade tariffs of the World Trade Organization," said steel secretary Aruna Sharma.

Trade differences between India and the United States have been rising since U.S. President Donald Trump took office. Bilateral trade rose to $115 billion in 2016, but the Trump administration wants to reduce its $31 billion deficit with India, and is pressing New Delhi to ease trade barriers.

Earlier this year, Trump called out India for its duties on Harley-Davidson motorbikes, and Prime Minister Narendra Modi agreed to cut the import duty to 50 percent from 75 percent for the high-end bikes.

But that has not satisfied Trump, who pointed to zero duties for Indian bikes sold in the United States and said he would push for a "reciprocal tax" against countries, including U.S. allies, that levy tariffs on American products.

In the tariff rates issued late on Wednesday, the commerce ministry named some varieties of almonds, apples, chickpeas, lentils, walnuts and artemia that would carry higher import taxes. Most of these are purchased from the United States.

Walnuts have gone from 100 percent duty to 120 percent, the government note said.

India also raised duties on some grades of iron and steel products. In May it had given a list of products to the WTO that it said could incur higher tariffs.

An official from the steel ministry said at the time that the new tariffs were intended to show displeasure at the U.S. action.

"It is an appropriate signal. I am hopeful that all of this (trade war) will die down. In my view this is not in the interest of the global economy," said Rajiv Kumar, vice chairman of the Indian government's policy thinktank Niti Aayog.

Rising trade tensions between the United States and some major economies have threatened to derail global growth.

Officials from India and the United States are expected to hold talks on June 26-27 to discuss trade issues, local daily Times of India reported on Thursday citing Press Trust of India.

The U.S. Commerce Department on Wednesday announced a preliminary finding that imports of large-diameter welded pipe from China, India, South Korea and Turkey were subsidised by those countries, and said it was imposing preliminary duties that could top 500 percent.

In a separate trade dispute, Trump threatened on Monday to hit $200 billion of Chinese imports with 10 percent tariffs if Beijing retaliates against his previous announcement to target $50 billion in imports. The United States has accused China of stealing U.S. intellectual property, a charge Beijing denies. ($1 = 68.1700 Indian rupees)