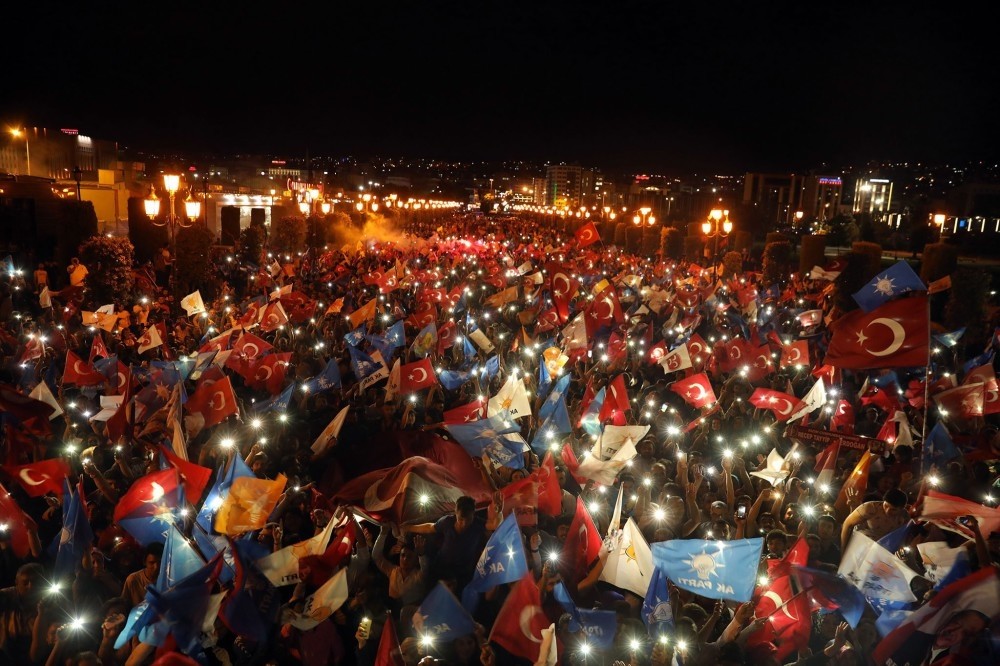 Representatives of the Turkish business world look forward to expedited decision-making processes and eased bureaucracy under the new presidential governance system.
by Daily Sabah Jun 26, 2018 12:00 am

Turkish people headed to the ballot boxes Sunday to elect the first president of the new presidential governance system, which the public voted for in the April 16 referendum last year. The preliminary elections results announced President Recep Tayyip Erdoğan the first president of the new system with 52.6 percent of the votes. As the new system is bearing a great number of innovations and reorganizes economic governance with new pledges, representatives of the Turkish business world look forward to expedited decision-making processes and eased bureaucracy.

Commenting on the elections results, businesspeople highlighted that they expect the realization of necessary reforms in the new system.

The representative of foreign firms operating in Turkey, International Investors Association (YASED) Chairman Ahmet Erdem underscored that sustainability of development with increased integration to the global economy and accelerated implementation of legal and macro reforms to improve the investment climate is of profound significance in the new period.

"Turkey needs to continue projects to ameliorate the investment climate without interruption to increase sustainable investment flow and global competition," Erdem said in a statement.

He drew attention to the necessity to prioritize the policies that will expand foreign direct investments and boost the position of Turkey as a regional investment hub.

Turkish Exporters' Assembly Chairman Mehmet Büyükekşi stressed that the Turkish public has voted for political and economic stability. The exporters, Büyükekşi said, expect the full implementation of the new system which will enable swift and effective decisions, looking forward to the innovations of the system in terms of economic management and alleviated bureaucracy.

Economic Development Foundation Chariman Ayhan Zeytinoğlu said in a statement after the elections the negotiation process with the European Union must be revived and continue, the state of emergency should not be further extended and the necessary structural reforms must be accelerated.

"It's essential to implement reforms to overcome economic programs, sustain development and maintain the flow of international capital," Zeytinoğlu stated.

The Turkish Industrialist and Business Association (TÜSİAD) also highlighted the legislative and executive powers in the new presidential governance system will have to urgently focus on reforms.

A reasonable economic program and fiscal discipline to resolve the problems of inflation and current account, the independence of the central bank, tax reforms, a development policy compliant with the digital transformation and environment, and the struggle with the unregistered businesses are among the items that the new system must especially work on.

Hotel Association of Turkey (TÜROB) Chairman Timur Bayındır emphasized that the representatives of the tourism sector expect a new lead period in the Turkish economy.

"The elimination of the atmosphere of uncertainty will further revive already recovering tourism. We hope that tourism professionals will launch a buoyant period through cooperation with the new government," Bayındır said and added that the structural reforms should be prioritized and the economy must be main the items of the new government's agenda.

In the new presidential governance system, economy administration will be simplified and the number of economy ministries will be reduced to four from six. Under this model, the ministries' structures and portfolios will be changed to provide effective coordination.

This new management model will have three pillars - production, finance and trade - while focusing on growth and clarity in the economy.

The aim of the newly combined ministries is to spearhead artificial intelligence and produce prestigious global brands using high-tech, leading intelligent technologies, and make Turkey a hub for producing knowledge.

The Customs and Trade Ministry and the Economy Ministry will also be combined to form the Trade Ministry, which aims to boost exports to $500 billion and make Istanbul the world's financial capital.

As another reform under the new government system, four significant offices will be established.

In the first stage, four offices for Human Resources, Investment, Finance and Digital Transformation are given great importance under the new model because they include a number of the closest staff to the president.