Turkey’s post-election credit profile to be driven by policy: Moody's 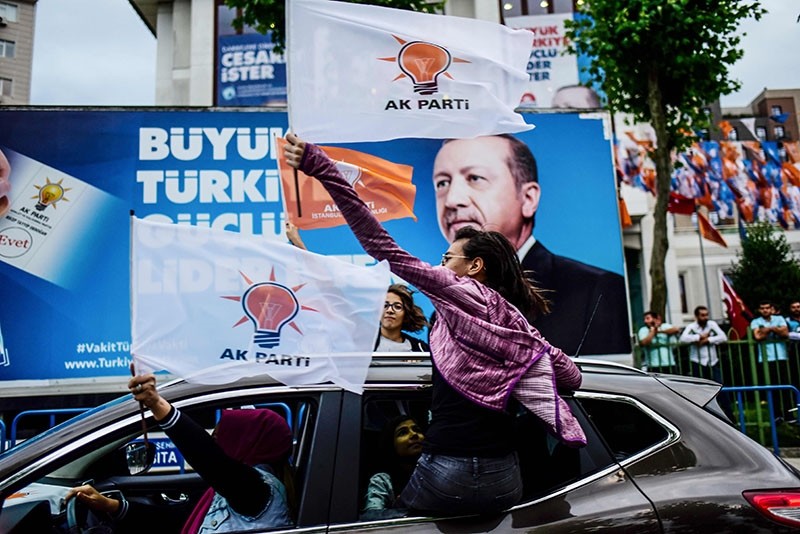 People react outside the Justice and Development Party (AK Party) headquarters in Istanbul, on June 24, 2018, during the Turkish presidential and parliamentary elections. (AFP Photo)
by Daily Sabah with AA Jun 26, 2018 12:00 am

The country's transition to an executive presidency will place more responsibility on President Recep Tayyip Erdoğan to steer the economy through policy measures, Moody's said in a country note.

"The executive presidency model confers broad powers -- both political and economic -- on the president. The macroeconomic policies that Mr. Erdoğan's government adopts will ultimately determine whether Turkey will be able to reverse its rising external vulnerability, which has been exacerbated by expansionary fiscal and monetary policy in the last two years," the note said.

Moody's also noted Turkish corporations' and banks' exposure to currency depreciation as well as the economy's exposure to the widening current account deficit that has heightened in recent months.

"Even if the current account deficit narrows in the second half of the year due to the impact of the weaker lira and a slowdown in domestic demand, the deficit will remain large in absolute ($50 billion) and relative (6 percent of Gross Domestic Product) terms," Moody's added.

Moody's said Turkish authorities should step up measures to address "the structural economic problems that ultimately give rise to its persistent external deficits."

The rating agency pointed out that Turkey has survived a number of economic and financial shocks in recent years despite its underlying vulnerabilities.

"This resilience partly reflects fundamental credit strengths derived from a large and diversified economy and a strong fiscal position, as well as benign global monetary conditions," the statement added.

Moody's said that Turkey's rating review announced earlier in June will focus on the incoming government's capacity and intention to implement policies that would promote sustainable growth and protect the government's fiscal strength.