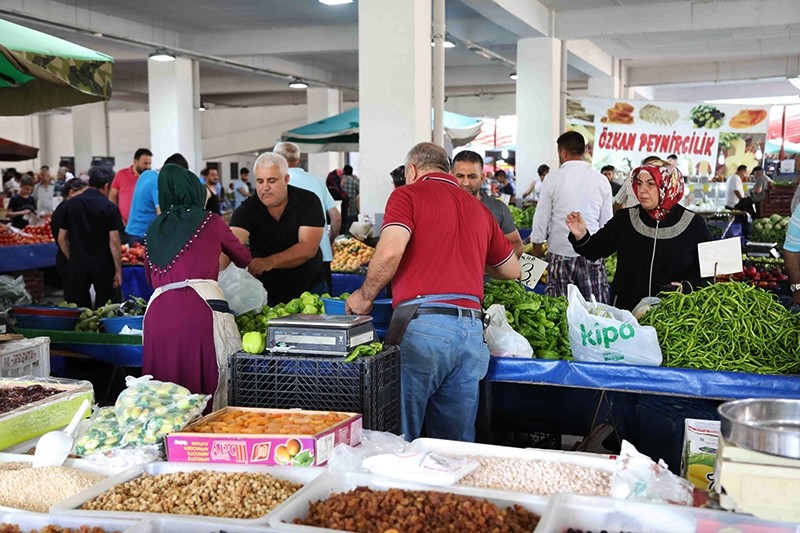 The June figure was up from 12.15 percent in May, according to the data from the national statistical body.

The consumer price index saw a monthly change of 2.61 percent in June and a rise from 1.62 percent in May.

Consumer prices over the 12-month average in Turkey saw an increase of 11.49 percent in June, according to official data.

The only monthly decrease was 1.15 percent in clothing and footwear.

"In June 2018, the indices rose for communication 4.76 percent, for transportation 2.66 percent, for furnishing and household equipment 2.24 percent and for recreation and culture 2.16 percent," Turkstat said in a statement.

Turkish electorate went to the presidential and parliamentary polls in June 24, in which incumbent President Recep Tayyip Erdoğan and his ruling Justice and Development Party (AK Party) emerged victorious.

Analysts say the stronger-than-expected rise in inflation is likely to prompt the Central Bank of the Republic of Turkey (CBRT) to hike interest rates at its meeting later this month.

The decision came after the central bank hiked its late liquidity window rate by 300 basis points to 16.5 from 13.5 percent on May 23, at an extraordinary meeting to stem the slide in the Turkish lira, which fell to 4.93 against the dollar on the same day.

Jason Tuvey, a senior emerging markets economist at London-based Capital Economics, told Agence France-Presse (AFP) that the extent of the rise in inflation was "likely to be enough to prompt a reaction from the central bank."

Pointing out that food prices were effective in increasing inflation significantly, Bürümcekçi noted that the effect of price increases in other groups besides food due to exchange rates was also seen.

Referring to the course of future inflation, he remarked that, besides the volatility of food prices, the course of crude oil and other commodity prices, exchange rate movements and public price and tax adjustments will be determinant, adding that the exchange rates continue to be the most important factor.

On the other hand, Halk Investment Research Director Banu Kıvcı Tokalı said the rise in inflation was not only registered in headline inflation but in core and service inflation as well, adding that this indicates that the upward risks in inflation outlook remain.

Tokalı added that if there were no new exchange rate fluctuations until the end of the year and if the pressure of commodity prices remains moderate, they expect the inflation to fluctuate at 14-16 percent band and end the year at around 14.3 percent.