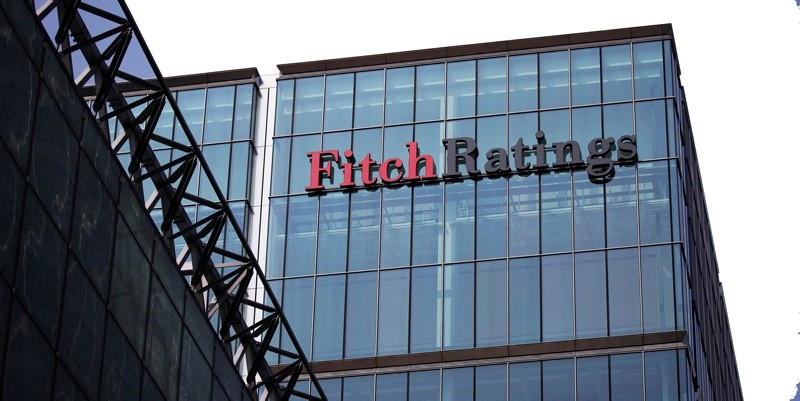 The report said widening current account deficit (CAD), rising inflation and the impact of the deterioration in exchange rates on the private sector posed risks to macroeconomic stability.

Treasury and Finance Minister Berat Albayrak said Friday that the new government's economic action plan prioritizes steps to reduce inflation and devise fiscal policies that will contribute to the fight against inflation.

In a separate statement, Albayrak assured the markets that the independence of the Central Bank of the Republic of Turkey (CBRT) and its decision-making mechanisms cannot be the subjects of speculation.

The report said a sustained reduction of inflation would require an increase in the credibility and independence of monetary policy and tolerance of a period of weaker economic growth.

Fitch experts forecasted the CAD to widen to 6.1% of GDP in 2018, driven by higher fuel prices and higher household consumption. The fall in the lira, combined with Fitch's forecast of lower oil prices and the ongoing tourism recovery, will cause the deficit to narrow to 4.1% in 2019.

The agency said Turkey's moderate government debt is a strength and it forecasted to remain as the government debt ratio stands at 28.1 percent of GDP, which is well below the current peer median of 44.5%.

"Debt/revenue of 83.8% was almost half the current peer median, reflecting the large revenue base. Contingent liabilities, which are rising from a low base (driven primarily by PPPs), are unlikely to have a material impact on public finances over the forecast period, but pose a risk over the medium term."

"Turkey is a large and diversified economy with a vibrant private sector. Human Development and Doing Business indicators as measured by the World Bank, are in excess of the 'BB' median. GDP per capita is double the peer median, although the volatility of economic growth is well in excess of peers reflecting a vulnerability to regular domestic and external shocks."