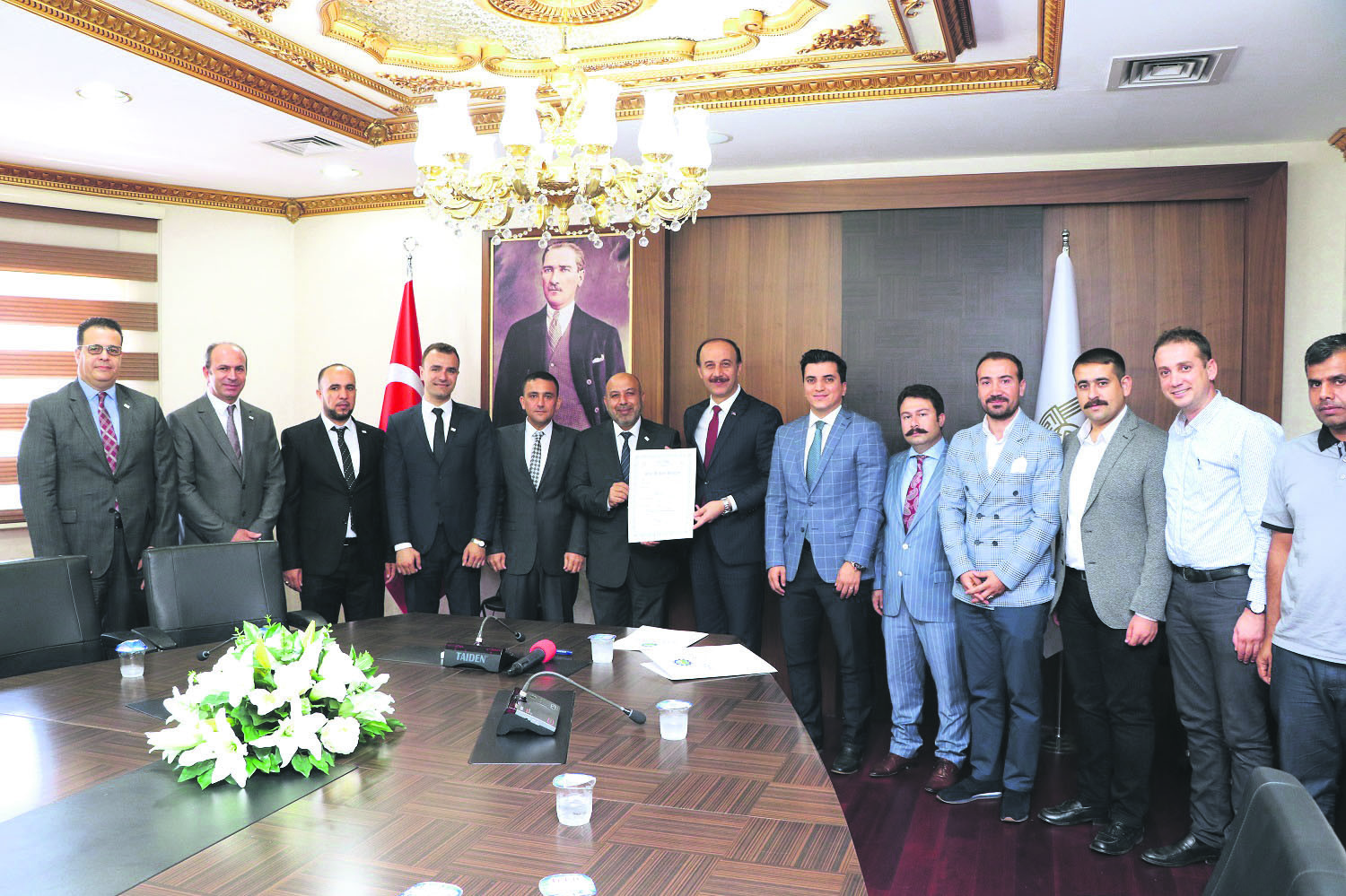 Syrian Businesspeople Association (Su0130AD) and the u015eanlu0131urfa Organized Industrial Zone Directorate signed a land allocation protocol aimed at establishing 10 factories that will operate in various sectors in the u015eanlu0131urfa.
by Daily Sabah with AA
Jul 13, 2018 12:00 am

The Syrian businesspeople will invest some $16.5 million to establish 10 factories in Turkey's southeastern province of Şanlıurfa

Syrian businesspeople, who fled the civil war in their country and took refuge in Turkey, signed a protocol under the chairmanship of Şanlıurfa Governor Abdullah Erin to open 10 factories in Turkey's southeastern city of Şanlıurfa where 1,540 people will be employed with an investment of TL 80 million ($16.5 million). The land allocation protocol between the Syrian Businesspeople's Association (SİAD) and the Şanlıurfa Organized Industrial Zone Directorate, was signed by Şanlıurfa Governor Abdullah Erin.

The protocol is aimed at establishing 10 factories that will operate in various sectors including shoes, plastic packaging, building materials, knitwear, textile and recycling in Şanlıurfa - one of the Turkish provinces where the greatest number of Syrian refugees live.

Erin expressed happiness for the factories to be built by Syrian businessmen in Şanlıurfa, saying, "In addition to being a commercial affair, this is also a great venture and investment that will make a great contribution both to our Syrian brothers and to the people of Şanlıurfa in terms of employment and production. As our president reiterates on all occasions, we profoundly feel the situation in which our Syrian brothers are in. This will never decline until the day when all of our brothers feel safe. We have always opened our hearts and doors to our Syrian brothers."

Stating that the cost of doing this has never been on the agenda, Erin said that they know that all treasures belong to God Almighty who will give for the work to be done. "If only we could do more, if only we could embrace more," he added.

Speaking at the protocol signing ceremony, Gaziantep SİAD Chairman Khaled Bablli stated that they came to the phase of signing the protocol six months ago and which turned into reality now. He continued, "You have done your share, you have opened your hearts and doors to us. We will do our share, too," extending thanks to Governor Erin, Deputy Governor Ufuk Akıl, Organized Industrial Zone Director Yunus Emre Aksu and all those who contributed. Following the speeches and protocol signing, the Organized Industrial Zone Land Allocation Certificate was given to Bablli by Governor Erin.

SİAD member entrepreneurs had requested 150,000 square meters of land to

The investment to be made by 10 Gaziantep SİAD member investor companies will amount to TL 80 million. A total of 1,540 people will be employed across 10 investments, with three in the shoe manufacturing sector, one in the construction materials sector, one in nylon bag production, one in knitwear production, two in plastic packaging, one in textiles and one in recycling.