Gülen charter schools in US a gateway into building economic, political network across country 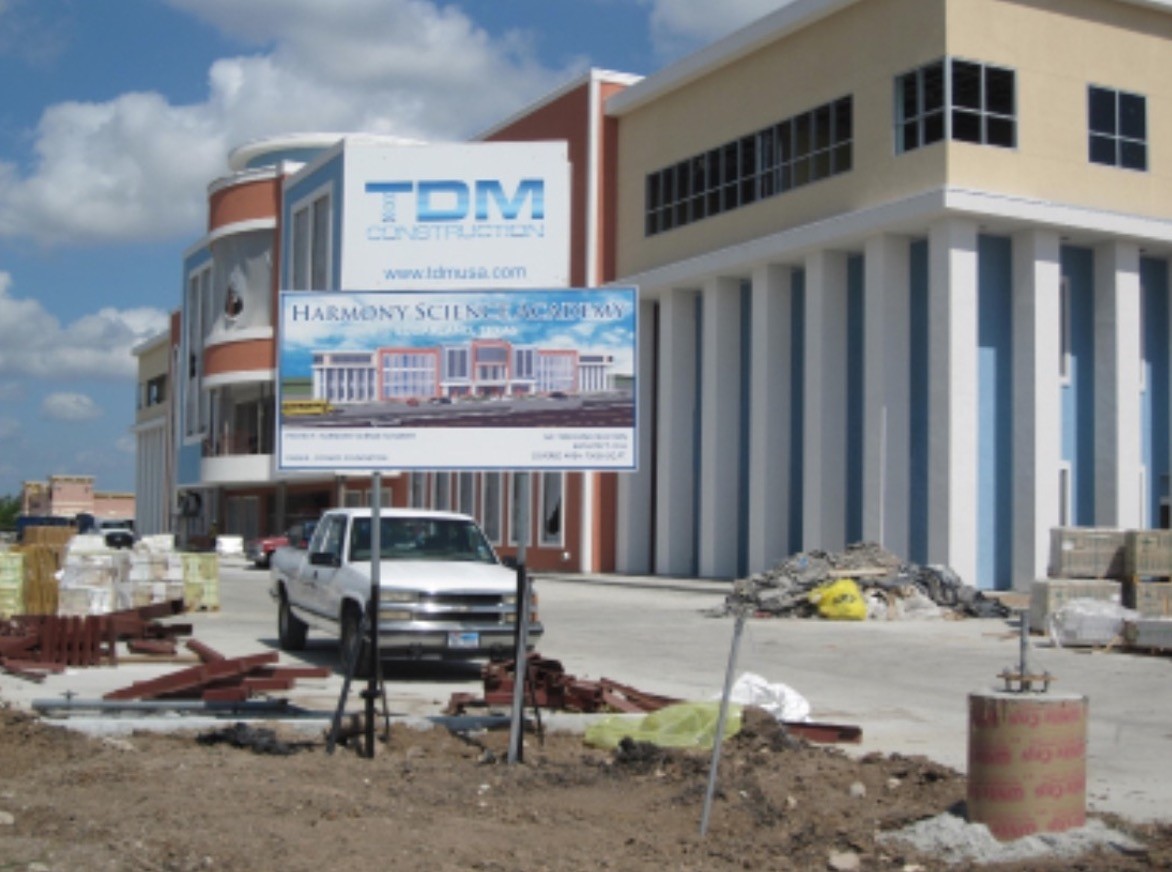 Texas-based TDM Construction, which is affiliated to Gu00fclenists, was reported to have earned over $55 million in contracts from the chain of Harmony charter schools.
by daily sabah
Jul 16, 2018 12:00 am

Like anywhere else they operate, Gülen-linked schools in the U.S. have been a lucrative tool to build an expansive economic powerhouse via a network of politicians and trading businesses. And yet, in the U.S., they are also capitalizing on the U.S. taxpayers' money

The perpetrator of the July 15, 2016 coup attempt, the Gülenist Terror Group (FETÖ) tries to survive outside Turkey with a broad network of companies and businesses spread all over the world – from the U.S. to Central Asia, from Africa to Europe. A series of U.S. charter schools linked to FETÖ are a particular source of economic power for the terrorist group.

A recent report by Daily Sabah outlined that educational institutions have played a significant role in the economic empowerment of Gülenist Terror Group (FETÖ), whose members the Turkish government evaluate as the putschists in the coup attempt on July 15, 2016.

With trading companies and businesses all over world from the U.S. to Central Asia, from Africa to Europe, the expanding network of FETÖ's economic powerhouse initially relied heavily on establishing schools across the globe. No matter what part of the world the group sneaks into, the operational scheme is observed to be the same. Whether in countries with relatively more arbitrary legal structures or in countries with strictly institutionalized law, the school system has been a lucrative gateway to building an immense economic organization.

The first leg of making a network of political elite to lobby or businessmen to collect donations, the religions cult first established schools that are in compliant with the political and economic dynamics of the countries in which they operate. While educational activities offered free of charge for the children of the political elite in African countries, schools in the U.S. have been a profitable business to expand both political and economic network.

But why did the Gülenists feel the need to found charters schools to enhance their presence in the U.S. in the first place? To answer this question, it is first necessary to understand the conditions that gave birth to the concept of charter schools in the country.

The idea of forming innovative educational institutions that is alternative to public schools was born in the 1970s and developed throughout 1980s. The first law on charter schools passed in Minnesota in 1991 and California in 1992. In the form of more autonomous public schools, charters schools are also subsidized by the government and they receive 64 percent of what their district counterparts get, averaging more than $7,000 per pupil.

For the management of these schools and the provision of some services like cafeterias, the school's management company can hire vendors. This structure of subsidy and subcontracting to services give the opportunity to Gülen-affiliated charter school companies like Accord in California, Concept Education Services in Ohio, Apple Education in New Jersey and the Cosmos Foundation in Texas.

A recent book titled "Empire of Deceit: An Investigation of the Gülen Charter School Network," which was published by U.S.-based lawyer Robert Amsterdam's law firm, claims that Gülen charter networks routinely use affiliated Gülenist vendors, whom they purposefully overpay to siphon public funds out of the schools and into the Gülen organization by way of apparent kickbacks from the businesses. They also serve as H-1B sponsors and job creators for Gülenists.

A network of businesses

A New York Times (NYT) article in 2011 explained very well how Gülen-affiliated companies were contracted tenders for the construction of schools although they were newly established firms. It says in their article, Target Design and Management (TDM) Construction was only a month old when it won its first job, an $8.2 million contract to build the Harmony School of Innovation in San Antonio.

According to the NYT article, the rise of the TDM Construction lay in the financial clout of the Cosmos Foundation, a charter school operator founded in 1990s. Based on the data compiled from Harmony's IRS form, Amsterdam's book puts forward that TDM Construction has received over $55 million in contracts from Harmony.

"While educating schoolchildren across Texas, the group has also nurtured a close-knit network of businesses and organizations run by Turkish immigrants. The businesses include not just big contractors like TDM but also a growing assemblage of smaller vendors selling school lunches, uniforms, after-school programs, web design, teacher training and even special education assessments," the NYT article read.

The suppliers of school services were claimed to be associated with Fetullah Gülen.

A documentary titled Killing Ed (2015) and directed by Mark Hall investigates the operations of Gülen-linked charter schools and exposes their network of businesses. One of the activists that oppose the privatization of public schools, Sharon Higgins who is the co-founder of Parents Across America and the founder of charterschoolscandals.blogspot.com, observed the points raised in the New York Times article and Amsterdam's book. She explicitly claimed that these schools run by Gülenists do not primarily aim to provide education, but to expand a larger network of businesses, garnering commercial strength.

Where is the taxpayers' money?

Moreover, senior officials speaking to Daily Sabah also explained that a vast network of Turkish Gülen-affiliated companies provided free infrastructure for the charter schools run by the cult in the U.S., therefore avoiding spending money on the necessary equipment and maximizing profitability.

Another CBS article published in 2017 exposes the business ties of the charter schools based on the primary accounts of two former Gülen followers. The witness accounts by Mustafa Emanet and Ersin Konkur outline very well how Gülen's followers have funded their movement via money collected from charter schools that are financially supported by U.S. taxpayers' money. More than 160 Gülen-affiliated charter schools in the 28 states have been estimated to receive an amount of taxpayers' money exceeding $2 billion dollars since 2010. According to the information provided by senior Turkish officials to Daily Sabah, these charter schools also earn around $500 million per year.

The accounts of Emanet and Konkur confirmed that up to 40 percent of the publicly-funded salaries of Turkish teachers at these charter schools run by Gülen-linked education corporations are cut as a donation or tithe as financial resource to fund the group's activities. The article also claimed that federal investigators believe former officials at Gülen's Ohio school illegally paid themselves about $5 million in federal contracts and then sent those U.S. tax dollars to Bank Asya, a defunct bank in Turkey which was linked to Gülen's followers.

However, one might ask how Gülenists run their operations so smoothly although the financial aspect is open to investigation and questioning. The powerful political network the Gülen-affiliated think tanks, cultural centers and companies indeed are strong support for the operations in the charter schools. By building close relations with senators who are invited to Turkey on numerous trips and by appointing former education officials to their schools, they keep robust operation of schools or save them from getting into trouble.

One such instance was observed in the Magnolia schools in California. Los Angeles Unified School District board revoked re-authorization license for three Magnolia schools, citing technicalities in 2016. However, it was not the first time that the Magnolia schools battled for their survival. In 2015, an L.A. school district audit concluded that Magnolia Educational and Research Foundation was $1.66 million in the red, owed $2.8 million to the schools it oversees and met the federal definition of insolvency.

In addition, the audit found fiscal mismanagement, including lack of disclosure of debts, weak fiscal controls over the principals' use of debit cards and questionable payments for immigration fees and services, among other issues. However, after the break-out of this incident, Magnolia management hired a former controversial education figure Caprice Young as the new CEO and allegedly paid him well above the average school manager salary.

A similar case took place in another Gülen-tied charter school in New Orleans, the Abramson Science and Technology Charter School that was investigated by state officials in 2011. A bizarre incident starts when Folwell Dunbar, who audited Abramson on the basis of complaints regarding the deficiencies at the school. When he wrote his report pointing to the operational deficiencies at the Abramson, he was approached by İnci Akpinar, who is the vice president of Atlas Construction, which has many other ties to Gülen-affiliated charter school networks. Between 2007 and 2009, Atlas received almost $12 million in contracts from Harmony Public Schools. Atlas has also received construction contracts from the Dove Science Academy (Sky Foundation) in Oklahoma and the LISA Academy in Arkansas, both Gülen-affiliated charter networks within the greater Texas region.

Akpınar was reported to offer Dunbar bribes to "fix the problem," which he denied. Later, the state official was let go along with another colleague. State records show Dunbar let his colleagues know last year that Akpınar tried to bribe him during the audit. He concluded in his report that Abramson Science and Technology Charter School was at the very least "terribly mismanaged" and recommended that the state board of education take away its charter, which did not happen. Records of the state's audit, obtained by a New Orleans-based paper through a public information request, as well as first-hand accounts from teachers, offered a view inside a school that has drawn widespread concern in education circles around the city.

The accounts and reports confirmed that executive from Atlas Construction, Akpınar, would speak on the school's behalf. This points to the somewhat opaque connections that link Abramson with other schools and businesses founded by Turkish expatriates. Atlas has won numerous contracts in the past from a Texas-based school operator called the Cosmos Foundation. Cosmos does not run Abramson, but it has a wide-ranging support contract with the Pelican Education Foundation, the local nonprofit that operates both Abramson and the Kenilworth Science and Technology Charter School in Baton Rouge, the paper observed.