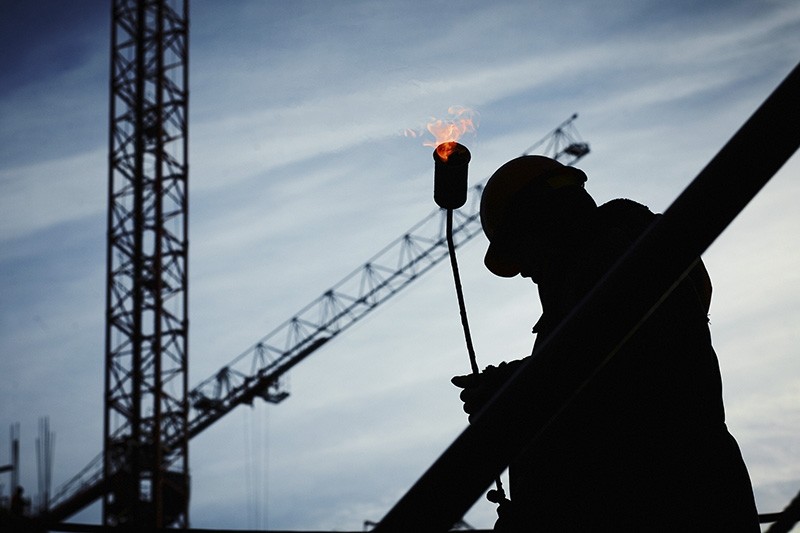 The global economy is still expected to grow at a solid pace this year, but worsening trade confrontations pose serious risks to the outlook, the International Monetary Fund said Monday.

The IMF's updated World Economic Outlook (WEO) forecast global growth of 3.9 percent this year and next, despite sharp downgrades to estimates for Germany, France and Japan.

The U.S. economy is still seen growing by 2.9 percent this year, and the estimate for China remains 6.6 percent, with little impact expected near term from the tariffs on tens of billions of dollars in exports the countries have imposed on each other so far.

The fund warns growth could be cut by a half point by 2020 if tariff threats are carried out.

Although the global recovery is in its second year, growth has "plateaued" and become less balanced, and "the risk of worse outcomes has increased," Obstfeld said in a statement.

The report comes as U.S. President Donald Trump has imposed steep tariffs duties on $34 billion in imports from China, with another $200 billion coming as soon as September, on top of duties on steel and aluminum from around the world including key allies.

China has matched U.S. tariffs dollar for dollar and threatened to take other steps to retaliate, while U.S. exports face retaliatory taxes from Canada, Mexico and the European Union.

"An escalation of trade tensions could undermine business and financial market sentiment, denting investment and trade," the IMF report said.

The IMF said growth prospects are below average in many countries and urged governments to take steps to ensure economic growth will continue.

The fund said global cooperation and a "rule-based trade system has a vital role to play in preserving the global expansion."

However, without steps to "ensure the benefits are shared by all, disenchantment with existing economic arrangements could well fuel further support for growth-detracting inward-looking policies."

The sweeping U.S. tax cuts approved in December will help the economy "strengthen temporarily," but growth is expected to moderate to 2.7 percent for 2019.

And while the fiscal stimulus will boost U.S. demand, is also will increase inflationary pressures, the WEO warned.

China's growth also is seen slowing in 2019 to 6.4 percent. After upgrading growth projections for the euro area in the April WEO, the IMF revised them down by two-tenths in 2018 to 2.2 percent, due to "negative surprises to activity in early 2018," and another tenth in 2019 to 1.9 percent.

The estimates for Germany, France and Italy were cut by 0.3 points each, with Germany seen expanding by 2.2 percent this year and 2.1 percent in 2019. France's GDP is expected to grow 1.8 percent and 1.7 percent.

Meanwhile, Britain is now forecast to grow 1.4 percent this year, 0.2 points less than the April estimate, and 1.5 percent in 2019.

Japan's GDP is seen slowing to 1.0 percent this year, two-tenths less than previously forecast, "following a contraction in the first quarter, owing to weak private consumption and investment." It should grow 0.9 percent the following year.

India remains a key driver of global growth, but the GDP outlook was cut one-tenth for this year and three-tenths for next year to 7.3 percent and 7.5 percent, respectively.

Brazil saw an even sharper 0.5-point downward revisions from the April forecast, to 1.8 percent this year.