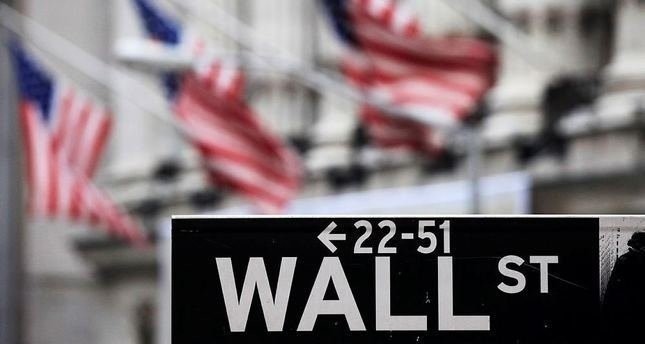 U.S. stocks slipped on Thursday after earnings disappointed and trade jitters intensified on fears that the European Union could slap retaliatory tariffs on goods imported from the United States.

Officials from the EU Trade Commission are said to be preparing a list of tit-for-tat trade actions in response to proposed U.S. tariffs on EU cars ahead of next week's talks in Washington.

"No one's ever won a multi-front war," Pursche added. "And that's what we're engaging in right now."

Manufacturers in all 12 districts of the U.S. Federal Reserve are worried about the impact of the trade dispute, according the central bank's Beige Book report released on Wednesday.

The dollar index briefly hit a one-year high, but pared its gains to trade near unchanged after President Donald Trump's comments that the strong dollar "puts us at a disadvantage."

Shares of eBay fell 9.0 percent and the stock was among the biggest drags on the Nasdaq and S&P 500 after disappointing results.

The second-quarter reporting period is picking up steam, with results in so far from 69 companies in the S&P 500.

Earnings now are forecast to have risen 21.5 percent, compared with the 20.7 percent gain seen on July 1. Of the companies that have reported, 85.5 percent have surprised analyst estimates to the upside, according to Thomson Reuters data.

The financial sector saw the biggest percentage drop in the S&P 500, down 1.1 percent.

While all three major U.S. stock indexes were in negative territory, advancing issues outnumbered declining ones on the NYSE by a 1.49-to-1 ratio; on Nasdaq, a 1.44-to-1 ratio favored advancers.

The U.S. yield curve flattened close to levels not seen in 11 years, dragging on banks. JPMorgan, Bank of America and Citigroup were all down about 1 percent.

Bank of New York Mellon fell 5.0 percent after saying the loss of two clients will continue to hurt results, while Travelers Cos provided the biggest drag on the Dow Jones, falling 3.6 percent following its profit miss attributed to U.S. storm-related losses.

Comcast Corp rose 2.7 on news that the cable company dropped its pursuit of Twenty-First Century Fox entertainment assets to focus on its bid for Sky Plc.

The U.S. Labor Department reported that the number of Americans filing for unemployment benefits fell last week to the lowest in more than 48 1/2 years as the labor market continues to tighten.