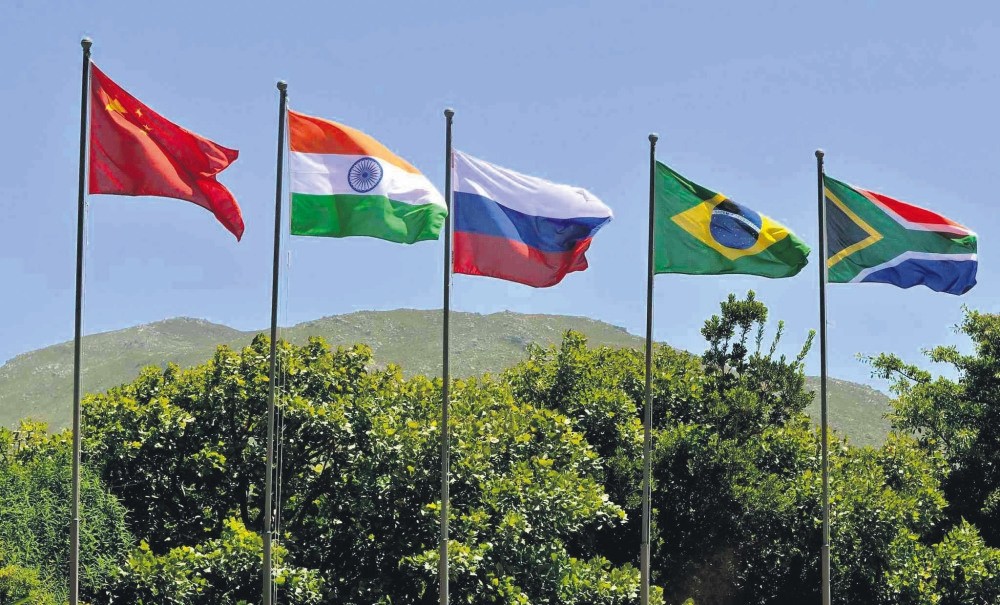 Turkey's attendance at the upcoming BRICS Summit may enhance economic ties with member countries as Turkey is considered a strategic partner for all members, the South African envoy said

He said President Erdoğan was invited to join the BRICS summit since Turkey is viewed as a strategic partner and a leader in the region.

"It is not by accident that President Erdoğan was invited to the BRICS Summit," Malefane told Daily Sabah in an exclusive interview. He underlined that "Turkey is being regarded as a strategic ally in strengthening South-to-South relations and Agenda 2063, which is a strategic vision of the African Union."

Erdoğan will travel to the South Africa to attend BRICS Leaders' Summit on July 25-27. The visit is also expected to further enhance Turkey's bilateral and economic ties with South Africa, heralded as the gateway to the African continent. On the sidelines of the summit, Erdoğan is set to hold bilateral meetings with the other leaders of the BRICS bloc, which is made up of five emerging markets: Brazil, Russia, India, China and South Africa.

South Africa, as the chair of the bloc, established a BRICS outreach dialogue where it extended an invitation to the six Regional Economic Communities in the Global South, which includes Turkey as the chair of the Organisation of Islamic Cooperation (OIC).

Malefane said that "Part of the key issues will be to tackle the challenges and opportunities as presented by the 4th Industrial Revolution, where Turkey's contribution becomes critical."

The ambassador underscored that the BRICS formation is aiming to find solutions to challenges including the changing dynamics in global economic governance and various other issues the world faces.

Malefane added that during his visit, Erdoğan will have a bilateral meeting with South Africa's President Ramaphosa. He underlined that the meeting between the leaders "will determine future engagement needs and also address critical issues affecting both the region and the continent."

In relation to the current economic ties between the two countries, Malefane said: "Our bilateral trade figures are currently just below $1 billion. This exposes the need for dialogue and communication to realize the untapped potential."

He added that with the recently-held Joint Economic Commission in South Africa both countries engaged on issues of mutual trade.

'South Africa has no ties with FETÖ'

Last week, Turkey commemorated the victims of the July 15 coup attempt, which was perpetrated by the Gülenist Terror Group (FETÖ) in 2016.

On the night of July 15, 2016, a small military junta, consisting mostly of FETÖ infiltrators, tried to overthrow Turkey's democratically-elected government and assassinate President Erdoğan, who was on holiday in the southwestern Muğla province.

The coup plotters, who used heavy weaponry, including fighter jets, helicopters and tanks, against pro-democracy civilians that poured into the streets, killed 250 and wounded more than 2,200.

"South Africa was among the first countries to condemn the events of July 15 and we also pay tribute to all those that stood their ground to defend democracy and will avail itself to work with Turkey in fighting terrorism within our respective countries and beyond our borders," South African envoy said.

"Contrary to popular belief, South Africa has no ties with FETÖ or any illegal terrorist organizations for that matter and our allegiance and relationship will remain with Turkey and its people," Malefane said.

"We are also encouraged by the continuous consultations that have been taking place in all spheres as seen recently with the visit by the Deputy Director of Public Prosecution, who was hosted by the President of the High Court of Turkey. They exchanged information on how best to work together to deal with terrorism and any other activities that seek to undermine both countries constitutions and the rule of law," Malefane stressed. Referring to Turkey's historic presidential and parliamentary elections on June 24, Malefane said: "Let me from the onset congratulate President Erdoğan for the decisive election victory and the people of Turkey for a successful election that saw democracy and the rule of law reigning."

Erdoğan claimed victory in the presidential elections, with 52.6 percent of the votes.

As Turkey switched to a presidential system, Malefane highlighted that "the people of Turkey are now responsible for making sure that the system works to their advantage while embracing the principles of democracy, and we are inspired by the changes that have taken place in Turkey, where the voice of the people reigned."