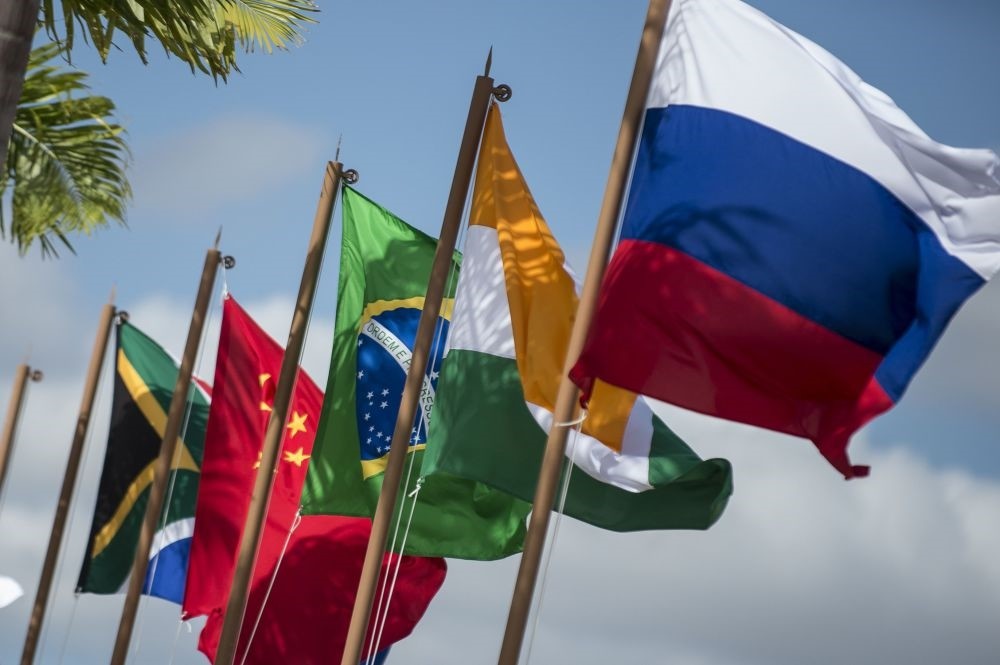 Set to meet with an agenda to create an alternative financial system by 2025, this year's BRICS summit, in which Turkey will participate, offers a great deal of opportunities for all attendees

The BRICS group - made up of Brazil, Russia, India, China and South Africa - inviting Turkey to its annual summit this week provides a significant opportunity for all member countries to develop better economic and political ties with Ankara, said Abubekir Salim, the representative in South Africa of Turkey's Independent Industrialists' and Businessmen's Association (MÜSİAD).

This invitation from the BRICS group is also an important development for Turkey, Abubekir Salim told Anadolu Agency (AA).

The seriousness with which member countries approach the BRICS annual summit is reflected in the way the member countries' presidents and other leaders make it a requirement to honor, he stressed.

As the term chair of the Organisation of Islamic Cooperation (OIC), Turkey was invited to the 10th Leaders' Summit of BRICS countries, which accounts for more than 23 percent of the world's economy.

Salim noted that this year, Turkey was invited to the summit even though it is not a member of the union, signifying the intention for inclusion and cooperation by the BRICS bloc.

"The meeting will also provide an opportunity for President Recep Tayyip Erdoğan to discuss with Russia, China, India, Brazil and South Africa leaders not only economic matters but also all kinds of counterterrorism issues that concern all these countries," he stressed.

Erdoğan's participation in the summit will be the first high-level contact between the BRICS and Turkey.

Salim added that it was inevitable that a country such as Turkey that emphasizes "The world is bigger than five" - referring to the unrepresentative U.N. Security Council - and has promoted the use of national currencies in international trade will strengthen relations with the BRICS countries.

The 10th BRICS summit, hosted by South Africa in the financial capital Johannesburg, starts today and will continue through Friday.

The summit will be the second international meeting attended by Erdoğan since the start of his second term, following the NATO summit of July 11-12.

As part of the visit, Erdoğan is expected to hold bilateral talks with leaders of BRICS-member countries and other invited countries, according to the statement released by the presidency earlier this week.

Talks during the summit will focus on future steps to be taken to improve bilateral trade and economy. The leaders attending the summit are also expected to exchange views on regional and global issues.

The summit will also be attended by U.N. Secretary-General Antonio Guterres. Erdoğan is expected to meet Guterres in Johannesburg, where the discussions will focus on irregular migration, as well as on Syria, Iraq and Cyprus. Erdoğan will be accompanied by Treasury and Finance Minister Berat Albayrak.

BRICS clearly constitutes an important alternative to these institutions, especially for developing countries, he added.

"It is within this context and within the scope of the 2025 vision that the BRICS bloc aims to create a new financial system whose members support each other more aggressively," he said.

The summit, where issues related to the global economy, trade, investment and financial cooperation will be discussed, will host several leaders and business representatives.

Attendees will gather under the theme of "BRICS in Africa: Collaboration, Inclusive Growth and Shared Prosperity in the 4th Industrial Revolution Public Lecture."

Mehmet Şimşek, Turkey's former deputy prime minister for economy, has said that Turkey is looking at being a member of BRICS, which is also establishing a new development bank.

BRICS countries manufacture one-third of the industrial products and half of the agricultural products worldwide, BRICS said.

Their foreign trade with the rest of the world last year totaled $5.9 trillion, according to the International Trade Center data.

The BRICS group was established in 2006 to enhance cooperation between member countries and also other developing countries. Meanwhile, following his visit to South Africa, Erdoğan will pay an official visit to Zambia on July 28.

As part of his visit to Zambia, Erdoğan will exchange views on all aspects of relations between the two countries and on regional and international developments with Zambia's President Edgar Chagwa Lungu during one-on-one and inter-delegation talks. This visit is also of historical significance as it is Turkey's first official visit to this country at the presidential level. It is anticipated that Erdoğan's visit will enable the relations between Turkey and Zambia to further develop and diversify.