Dive in Facebook shares makes US history, weighing on stocks 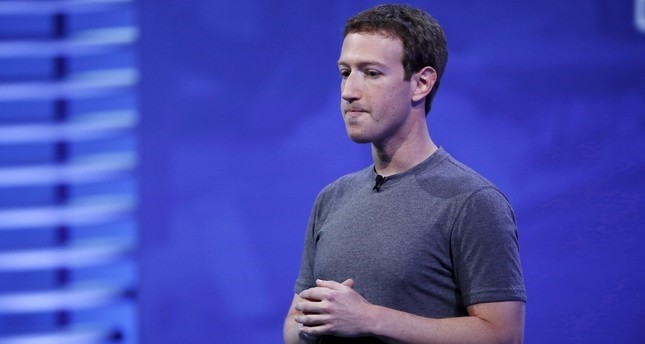 Most U.S. stocks fell Thursday, with Facebook plummeting on disappointing results, as investors reacted to the U.S.-European Union trade announcement with a mixture of optimism and caution.

The big dive in Facebook Inc. has instantly become the largest-ever loss of value in U.S. history as the social media giant's shares tumbled 19 percent. This means a whopping $119.4 billion decline in market capitalization.

The tech-rich Nasdaq Composite Index stumbled one percent to 7,852.18, weighed down by Facebook, which lost nearly 20 percent, its biggest daily loss ever.

The session was the first full day of trading after U.S. President Donald Trump and European Commission President Jean-Claude Juncker agreed to suspend additional tariff actions while they negotiate a broader agreement, deescalating a trade war.

U.S. stocks, which had surged Wednesday at the first signs of the accord, were more muted on Thursday.

"I don't think a positive statement means the (trade) war is over," said Nathan Thooft, an analyst at John Hancock Asset Management.

"This trade dynamic is going to last for six months, it's not going to resolve magically by itself."

Sentiment was also dented by the downcast outlook by Facebook, which signaled it expects slower user growth, partly due to the effect of data privacy scandals. Profits will also likely be hit by costly investments to address the problems.

"Every company reaches a level where they can't continue to grow as they have been," said Adam Sarhan, of 50 Park Investments, who said Netflix is at a similar juncture.

"It's the law of large numbers."

Computer chip company Qualcomm surged 7.0 percent as it dropped a $43 billion bid to acquire Dutch rival NXP on Thursday after failing to win approval from antitrust authorities in China.