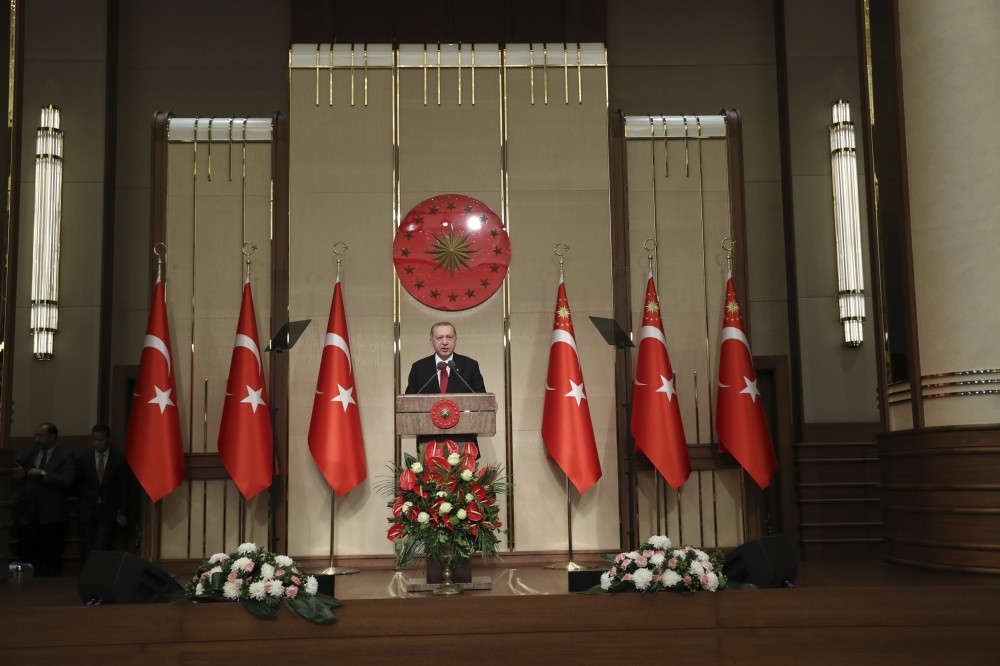 President Recep Tayyip Erdoğan is scheduled to announce his government's first 100-day plan that consists of 400 projects at a ceremony to be attended by 2,000 people.

Ankara's first 100-day plan by and large focuses on steps to be taken in the economy. The first item of business in the new presidential system is to cut back inflation to single digits, fight against exchange rate pressure and increase domestic savings.

The three-stage executive plan, which was among Erdoğan's election promises, will announce 400 projects to be accomplished in the short term. The president will later announce a second 100-day plan and a six-month strategy, including further plans and projects.

Measures to increase domestic savings will be shared with the public in detail.

In addition to monetary and fiscal policies, incentives will be provided for households and firms with the aim of expanding domestic savings in accordance with the goal to decrease the current account deficit and sustain growth momentum. The incentives will include practices of financial utilization of citizens' "under-the-mattress" savings.

In due consideration of international obligations, import-intensive luxurious consumer products will be identified, and deterrent tax measures will be implemented. Moreover, public savings will also be intensified and efficient management of public revenues and expenditures will be ensured.