Instruments in Turkish capital markets to be further expanded 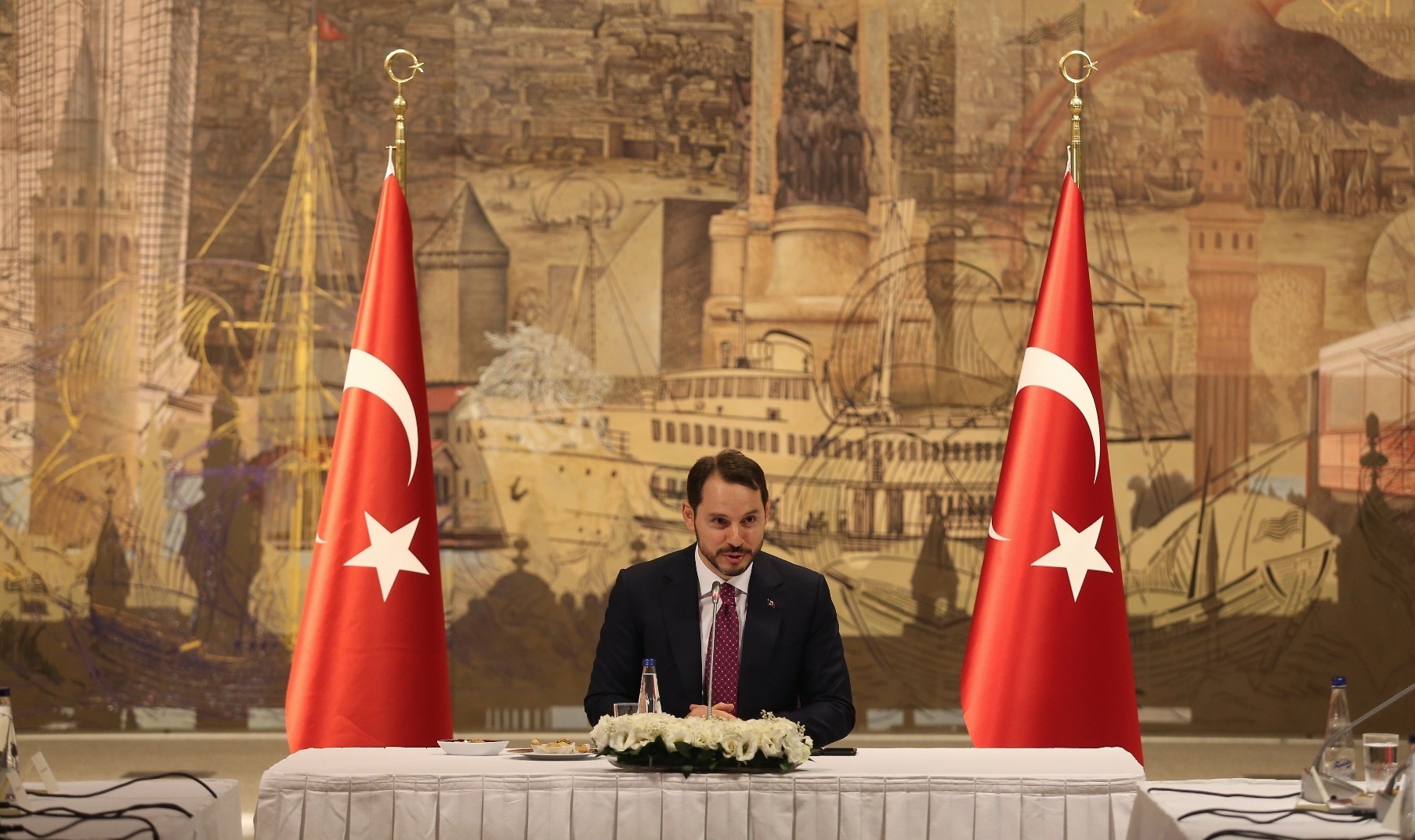 In a televised interview on private broadcaster NTV, Minister Albayrak elaborated on a number of issues in the Turkish economy, including capital market depth, inflation, interest rates and the medium term program.

One of the points Albayrak emphasized was the extended coordination and harmonization of the economic administration under the new presidential governance system that took effect on July 9 when President Recep Tayyip Erdoğan took the oath of office. "We are steadfastly moving towards economic management in which all actors work in coordination and harmony, dedicated to a single goal," Albayrak said.

He asserted that when the potential of Turkish markets is combined with strong economic management, many opportunities would arise. "Turkey is strategically advantageous in global trade, and it will implement supportive policies to unleash an expansive industrial manufacturing transformation. Our ministers have initiated a dynamic process with the mindset of the private sector combined with the reason of the public sector," Albayrak said.

Turkish capital markets have seen great growth in the past decade with the entry of more players and diversification of instruments. One of the prominent platforms for domestic capital markets is Borsa Istanbul. This stock market, on which shares of 399 companies are currently traded according to the 2017 Capital Markets Board (CMB) annual report, ranked ninth among global stock exchanges on a U.S. dollar basis in 2017, seeing a 38 percent rise compared to the previous year. While the stock exchange benchmark index BIST 100 increased by 48 percent, the market value of stock certificates traded increased by 43 percent, reaching TL 880 billion ($173.5 billion). The companies raised TL 5.1 billion last year with capital increase and initial public offerings. The number of investors in investment funds increased in 2017, hitting 3 million, while portfolio size expanded by 25 percent, reaching TL 56 billion. There were 456 investment funds.

The number of individual pension fund investors increased 5 percent, reaching 7 million last year. Portfolio size is about TL 78 billion, an increase of 28 percent. Turkey currently has 31 real estate investment trusts (REIT), a value of TL 64.8 billion, and the number of venture capitals was 12 with a value of TL 4.9 billion.

Medium-term program to be announced in September

Minister Albayrak said an unprecedented, more solid and production-based growth-oriented medium-term program (MTP) will be unveiled in the first half of September. He said the process for the new program was initiated this week. "Structurally, there will be a very strong transformation process," he said, adding that the MTP will firmly support the target of a "great and strong Turkey."

"The MTP needs an intensive framework at the participatory level, a new vision, a correct reading of global transformation, and policies that have very clear, concrete targets. Group studies related to macroeconomic forecasts have started," the minister said.

The government will take convincing, strong and decisive steps in the upcoming period, Albayrak said. "We have initiated the savings process. Savings of up to 30 percent are targeted in the public sector. We reduced the Treasury's borrowing rate from 125 percent to 110 percent. Turkey is a very strong country. We see this when we look at the export figures," he added.

Inflation to drop to single-digits in 2019

Speaking of new steps to be taken, Albayrak said inflation and interest rates were the primary goals of the government: "Our serious goal is to curb inflation by decreasing fluctuations in the market and reducing possible fragility," he said.