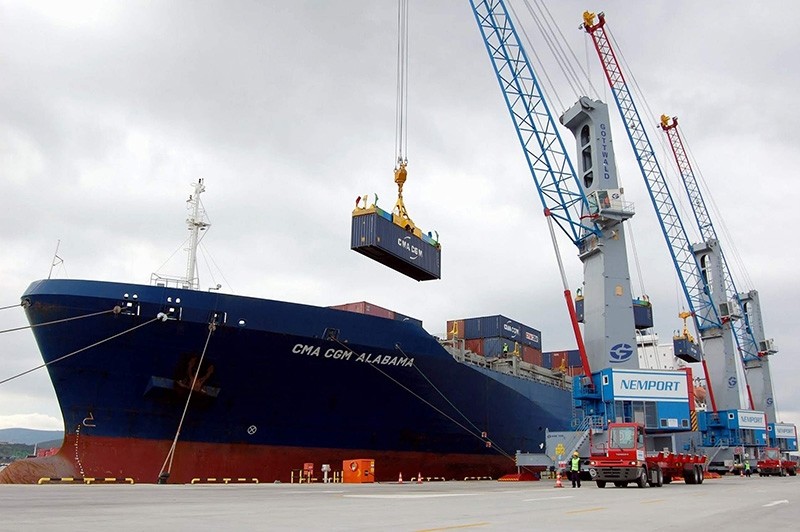 The Office of the U.S. Trade Representative (USTR) said Friday it will review Turkey's eligibility for duty-free access to the United States under the Generalized System of Preferences.

USTR said that the trade review was due to Turkey's imposition of tariffs on $1.78 billion of U.S. imports alone, not targeting any other countries' goods.

The review could affect $1.66 billion worth of Turkish imports into the United States that benefited from the GSP program last year, including motor vehicles and parts, jewelry, precious metals and stone products.

Last week, Turkey decided to increase tariffs rates on some goods imported from the U.S. after initially imposing tariffs on nearly two dozen U.S. products as of June 21 in response to the additional steel and aluminum tariffs enacted by Washington.

According to the decision of the Council of Ministers published in the Official Gazette on June 27, Ankara decided to increase additional tariffs on a number of products, including cars, whiskey, dried nuts, rice and unprocessed tobacco.

The quasi-boycott has been introduced to increase the effectiveness of the retaliation. The price of products will be increased due to additional tariffs.

According to documents filed with the World Trade Organization (WTO) in March, Turkey slapped $267 million in tariffs on $1.8 billion worth of products that the U.S. exports to Turkey.

The United States is the fifth largest country where Turkey exports its goods, and trade volume amounted to $20.6 billion in 2017, official data showed.