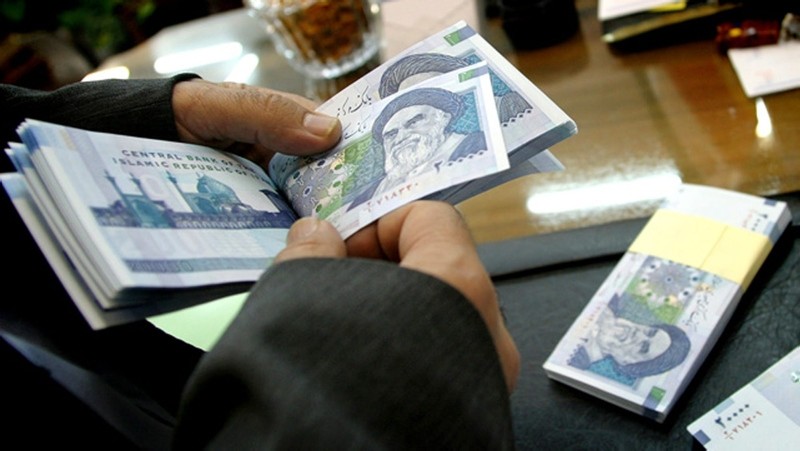 The Iranian central bank's top foreign exchange official has been arrested, the judiciary said Sunday, a day after he was sacked and as tensions rise ahead of reimposed U.S. sanctions.

Ahmad Araghchi, who was a vice-governor at the bank in charge of forex, was arrested along with several other unnamed individuals including a government clerk and four currency brokers, said judiciary spokesman Gholam-Hossein Mohseni Ejeie in a statement, according to state broadcaster IRIB.

The arrests come amid heightened tensions in the run-up to the reimposition of U.S. sanctions on Tuesday, following Washington's withdrawal from the 2015 nuclear deal.

Journalists reported a heavy build-up of riot police on Sunday night, including at least one armored personnel carrier, in the town of Karaj, just west of Tehran, that has seen days of often-violent protests.

State media said protesters attacked and tried to burn down a seminary in the area on Friday night, and that at least one person was killed, allegedly by demonstrators.

There have been days of sporadic protests, including in key cities such as Isfahan, Mashhad and Shiraz -- but severe reporting restrictions have made it impossible to verify social media footage and official accounts.

The embattled government of President Hassan Rouhani has also faced heavy criticism from conservative opponents, who have demanded action on corruption and renewed efforts to rescue the economy.

"People are upset when they hear that someone has embezzled billions while other people are living in tough conditions," he said in a speech, according to the conservative Tasnim news agency.

Araghchi, a nephew of deputy foreign minister Abbas Araghchi, was fired by the new governor of the central bank on Saturday, apparently over his handling of the currency crisis.

Iran's rial has lost more than half its value since April, in part over fears of renewed sanctions, but also thanks to an ill-judged attempt to fix the value of the rial that month and make it illegal to trade at a higher rate.

That decision triggered widespread currency speculation on the black market, and accusations that individuals with political connections were abusing the system.

Rouhani sacked the governor of the central bank, Valiollah Seif, last week and replaced him with Abdolnasser Hemati, the former head of Central Insurance of Iran.

Hemati is due to unveil a new foreign exchange policy on Monday, a day after it was approved by the government.

IRIB reported that the new policy is expected to see imports of essential items, including medicines, remain at the official government exchange rate of 42,000 rials to the dollar.

The unofficial rate for the rial fell to a record 119,000 last week, before rallying in response to the government's efforts to address the crisis, and stood at 98,500 on Sunday night.