IIF foresees net capital inflow of $51.3B into Turkish markets this year 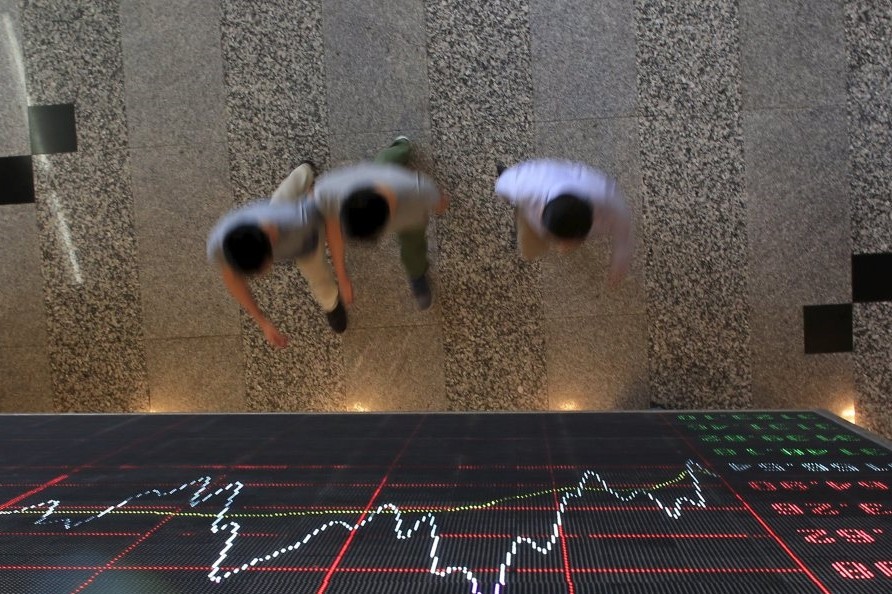 People walk under an electronic board showing stock information at the Shanghai Stock Exchange in Lujiazui Financial Area.
by Daily Sabah with AA Aug 08, 2018 12:00 am

Despite the capital outflow trend in the second quarter of this year, July data pointed to improvements in capital inflows into emerging markets, which could be rendered sustainable with well-tailored monetary policies and other instruments

The attractiveness of interest rates in Turkey for investors have so far enabled a good flow of capital into the country and the International Institute of Finance (IIF) expects that Turkey will see a net capital inflow of $51.3 billion this year, the institute's Executive Director Hung Tran has said.

Last year, emerging markets saw strong capital inflow, but this year the trend has experienced some changes as the money started to flow out of these markets. Despite some decreasing momentum in the second quarter of the year, Tran stressed, the positive outlook is still maintained for the emerging markets.

Evaluating the Turkish economy and financial markets, Tran emphasized that the investors will closely watch the Central Bank of the Republic of Turkey (CBRT) funding rates. He noted that the long interest rates for a long period of time will create a negative impact on the economic growth and real sector activities.

"Under the current circumstances, we think that Turkey has seen a significant amount of capital inflow into its markets," Tran said and continued that the IIF expect that Turkey will attract $51.3 billion this year.

The changes in the global trade structure in the second quarter have caused intensified imbalances in certain emerging markets along with strong capital outflow, depreciation of local currencies and asset prices, the IIF executive director highlighted.

Tran pointed out the improvements in the July capital flow data in the emerging markets and said: "The emerging assets have seen a recovery in July following the net outflow in the second quarter. For the continuity of capital inflow into the emerging markets in the future depend on the nature of the monetary policies."

In case the U.S. Federal Reserve (Fed) hikes interest rates more than the market expectations, Tran claimed, the dollar will gain stability and if the trade tension will not be further escalated, the July trend may continue until the end of the year. "The emerging markets will close the year on a positive tab in terms of capital inflow," he said.

The harsh fall in Chinese assets may lead to a crisis

IIF Executive Director Hung Tran the steep fall in the Chinese asset prices may lead to a crisis. He argued that since many emerging markets are heavily engaged in trade, investment and debt relations with China, any financial crisis in China will have significant consequences for emerging markets. The capital outflow from the Chinese market may trigger volatility in other emerging markets, Tran added.

Recalling the fall in Chinese asset prices in 2015 and 2016, Tran emphasized that the Chinese authorities have learned a lot from the previous experiences and they are now more flexible and ready to manage risks. The decline in the Chinese stock exchange since the beginning of this year has followed a gradual movement, therefore has not created an atmosphere of panic among investor, he noted.

The Chinese government is following a more flexible economic policy in order to ensure a soft landing in the economy and to maintain the growth trend despite the trade disputes.

The IIF executive director emphasized the importance of synchronization rate between the monetary policies of the Fed, European Central Bank (ECB) and the Bank of Japan (BoJ). He indicated that so far the pace of normalization of these major central banks have presented a diverging curve, which in return led to an upward pressure on bond yields and the U.S. dollar.

A tighter monetary policy in the U.S. will also sustain the strengthening trend in the dollar, however, the normalization will close the gap among the central banks of the developed markets, Tran emphasized. Therefore, he added, the IIF expects a more stable dollar beyond the market expectations.