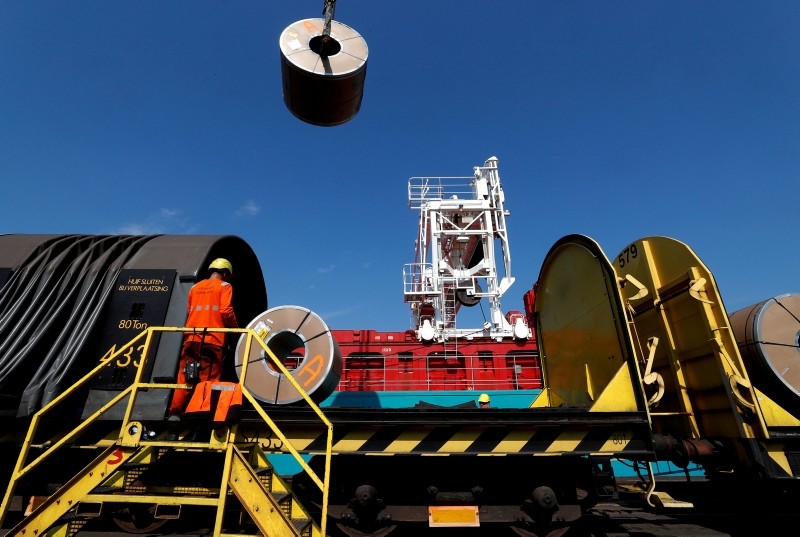 German companies are increasingly suffering from U.S. President Donald Trump's policy of sanctions - including those against Iran - and the tariffs he is pursuing in an escalating trade war with China, business associations said on Thursday.

Washington said on Wednesday it would also impose fresh sanctions on Russia by the end of August after it determined that Moscow had used a nerve agent against a former Russian agent and his daughter in Britain, something the Kremlin denies.

"Of course the U.S. policies are impacting German foreign trade," Holger Bingmann, head of the BGA trade association, told Reuters. "Individual companies are grinding their teeth and are severely affected."

Treier said many of Germany's trading partners were affected by the U.S. measures and their effects, which was, in turn, hurting business with German companies. Exports were not faring as well as last year, he added.

He said DIHK's forecast that German exports would increase by 5 percent this year "seems increasingly ambitious".

Bingmann and Treier were reacting to the new U.S. sanctions against Russia but also to punitive measures against Iran and reciprocal tariffs and trade threats by the U.S. and China.

The United States will impose tariffs on another $16 billion of imports from Aug. 23 and China plans to slap additional tariffs of 25 percent on the same amount of U.S. imports ranging from fuel and steel products to autos and medical equipment.

On Wednesday China and Germany defended their business ties with Iran in the face of Trump's warning that any companies trading with the Islamic Republic would be barred from the United States.

"It's simply unacceptable that U.S. laws are being enforced outside U.S. territory," Bingmann said.

He urged the German government to provide details on how it would protect German firms after the latest U.S. sanctions against Iran, adding that if Berlin did not do that, German firms would gradually cease doing business there.

On Monday German Foreign Minister Heiko Maas said Germany, France and Britain were determined to protect European companies engaged in business with Iran using an updated version of the EU's so-called Blocking Statute, which bans any EU company from complying with U.S. sanctions.

Bingmann said German trade with customers in other countries was doing well overall but that was largely due to good business in the EU.