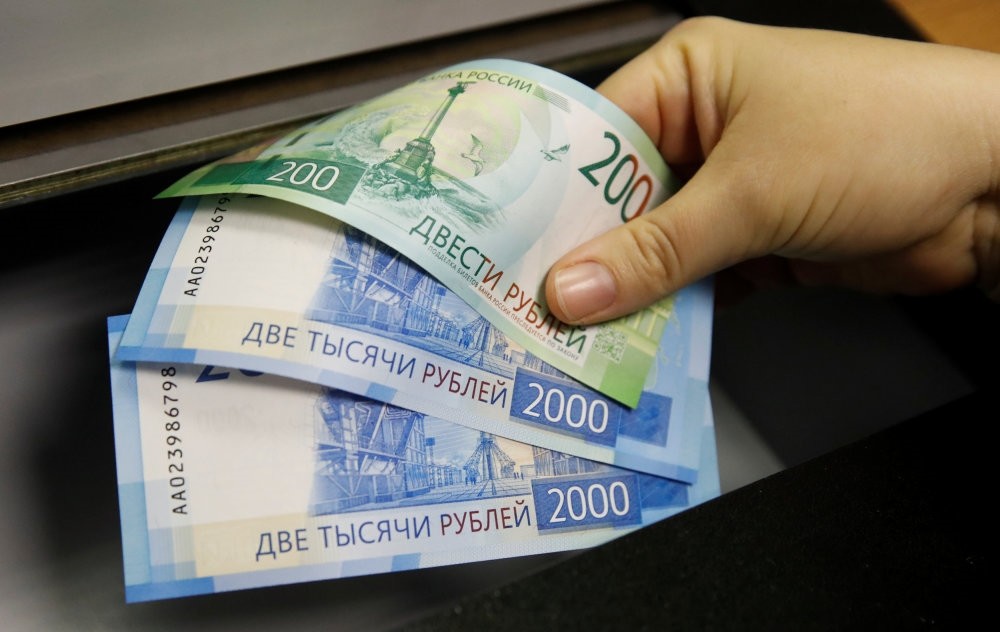 The Russian ruble tumbled after Washington slapped Russia with new sanctions over Moscow's alleged involvement in a nerve agent attack in Britain while the oil market was slightly shaken by U.S.-China trade tension

Asian shares were subdued yesterday after a new round of tit-for-tat tariffs in the U.S.-Sino trade conflict torpedoed oil prices, while the Russian ruble tumbled as the U.S. slapped fresh sanctions on the country.

China's state broadcaster said China must counteract U.S. tariffs and Beijing had the confidence to protect its own interests as well as the means to do so.

China had already announced additional tariffs of 25 percent on $16 billion worth of U.S. imports from fuel to autos. The tariffs will apply to billions of dollars in U.S. gasoline, diesel and other oil products, though not crude.

The oil market took the news hard with selling escalating as major technical levels broke. U.S. crude was last down 12 cents at $66.82 per barrel, having shed 3.2 percent on Wednesday, while Brent was off 2 cents at $72.26.

On Wall Street, trade-sensitive industrial companies were the biggest drag on the Dow, with declines led by Boeing and Caterpillar Inc.

In currency markets, the Russian ruble sank after Washington said it would impose fresh sanctions because it had determined that Moscow had used a nerve agent against a former Russian agent and his daughter in Britain.

There were also reports of a new U.S. Senate bill that would impose widespread sanctions on Russia for election meddling.

The ruble duly slid to its lowest since late 2016, with the dollar buying 65.50 rubles having jumped 3.4 percent overnight. The pound skidded to its lowest against the dollar and euro in almost a year as fears grew Britain might leave the EU without a deal on trade with Brussels.

Traders reported a significant increase in investors hedging against a 'no-deal' Brexit, an event which could send sterling into free fall and hurt the economy by raising trade barriers with the UK's biggest export market.

Sterling was last trading at $1.2877, having dropped 0.4 percent overnight.

The Japanese yen seemed to be catching a bid as a traditional safe haven, with the dollar easing to 110.81 yen after stretching as high as 111.44 on Wednesday.

The New Zealand dollar shed 0.9 percent to a two-year trough at $0.6682 after the country's central bank took a dovish turn, pledging to keep rates at record lows well into 2020. The Reserve Bank of New Zealand (RBNZ) said rates were likely to be on hold for longer and cut its forecasts for economic growth this year and next.