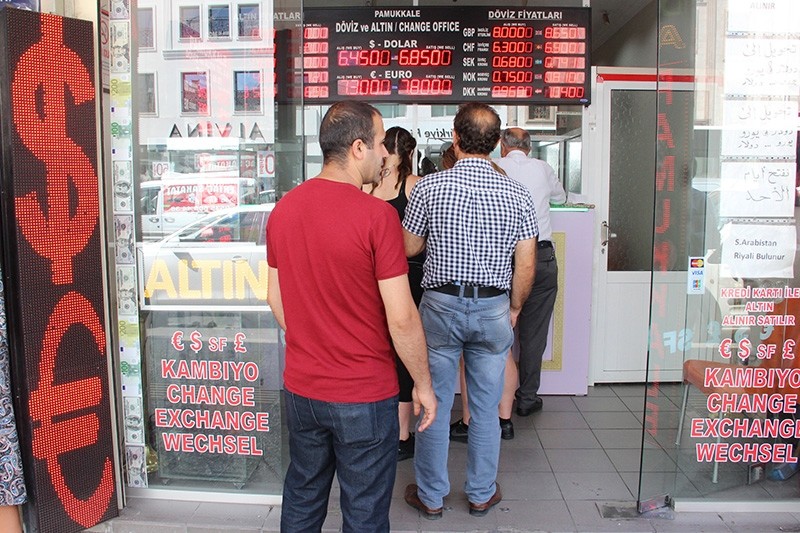 No one has an interest in economic destabilization in Turkey, German Chancellor Angela Merkel said Monday, adding that Germany wants to see the country's economic prosperity.

"Germany would like to see an economically prosperous Turkey. This is in our interest," Merkel said, underlining the importance of an independent central bank.

A government spokesperson said earlier in the day that Germany has an interest in a stable Turkish economy and is monitoring the situation closely.

Steffen Seibert, a spokesman for the German government said it was too early to comment on the exposure of German companies to the economic situation in Turkey, and declined to assess the latest developments there.

A spokeswoman for the German finance ministry added there had been no crisis talks among members of the G-20 industrialized countries on the situation.

"This trade war slows down and destroys economic growth and produces new uncertainties," Altmaier was quoted as saying by Germany's Bild am Sonntag newspaper.

His remarks come after U.S. President Donald Trump ramped up his attack on Turkey by increasing U.S. tariffs on Turkish aluminum and steel imports to 20 percent and 50 percent, respectively.

Consumers are especially affected by trade wars in the past due to the expensiveness, he underlined.

"Turkey stands for security and reliability in Europe, we are working together well with Ankara in terms of migration," the German minister added.

Turkey's Treasury and Finance Minister Berat Albayrak on Monday expressed gratitude to Altmaier for his comments.

"I appreciate Mr. @peteraltmaier's [Peter Altmaier] remarks on the most recent U.S. actions against Turkey," Albayrak said on his official Twitter account.

"Politicians who act in good faith and advocate diplomacy will strengthen the Turkish people's confidence in our relations with Germany and the EU," he added.

Meanwhile, Pakistan foreign ministry voiced support for the Turkish economy and said the issues between the two countries can be solved through dialogue and goodwill.

Iran also commented on the recent development in the Turkish economy and criticized the U.S. for trying to force impositions on Ankara.

"We deplore seeing a country's president having pleasure in enforcing economic pressure on other nations," Iran's Foreign Ministry spokesman Bahram Qasemi said, adding that Tehran is ready to offer necessary support to its neighbor.

The Central Bank of Turkey on Monday introduced measures on the Turkish lira and the foreign exchange market (FX) liquidity management "to support financial stability and sustain the effective functioning of markets."

Albayrak said late Sunday that Turkey has prepared an action plan to soothe the Turkish lira's volatility against the dollar. President Recep Tayyip Erdoğan said earlier Sunday that the fluctuation in the lira is a plot against Turkey, but the Turkish people will not give in.