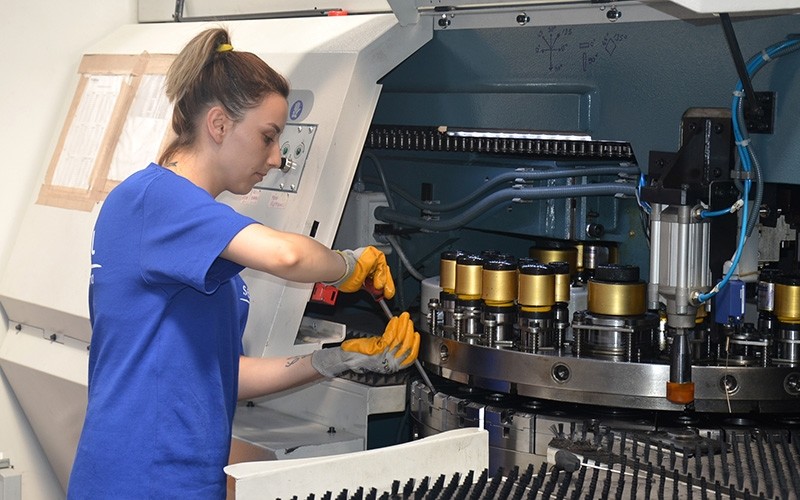 Turkish Industry and Technology Minister Mustafa Varank stated that they have launched a new support program of TL 1.2 billion ($184.2 million) for industrialists. "We think that the new support program will make a significant contribution to the production of products with high added value, especially the reduction of the current deficit," Varank said.

In his written statement, Varank announced that with the new support program they aim to support industrialists who have developed value-added products and technologies that will reduce the current deficit. "We will support the domestic development of widely used products and technologies in our country. We think that this new support program will make a significant contribution to the production of products with high added value, especially the reduction of the current deficit," Varank said, calling out to all industrialists and entrepreneurs that they are ready to give any kind of support to those who have new ideas and want to develop new products.

Varank pointed out that system changes have been made to the Scientific and Technological Research Council of Turkey's (TÜBİTAK) Technology and Innovation Grant Programs Directorate (TEYDEB), which support the real economy sector's mechanisms of research, technological development and university-industry cooperation, as well as technology-based entrepreneurship and early stage ventures, announcing that 10 different support programs were simplified, and a new support program called "TEYDEB 2.0" was prepared in this regard.

Elaborating on the system change and the newly opened calls, Varank stated that in 23 years from the foundation of TEYDEB until 2017 it provided TL 8.3 billion in total support for about 10,000 projects and that a research and development (R&D) volume of TL 15 billion was created from this support. Varank said that about 16,000 applications were received under techno-venture support for technology-based entrepreneurs, while 958 entrepreneurs established their firms with a grant of TL 77 million.

The move comes after U.S. President Donald Trump ramped up his attack on Turkish economy on Friday by increasing U.S. tariffs on Turkish aluminum and steel imports to 20 percent and 50 percent, respectively, at the same time that Minister of Treasury and Finance of Turkey Berat Albayrak was announcing the country's new economic approach.

Trump's policies pushed lira to new record lows against foreign currencies despite the economy has been giving signs of strong recovery over the past months.

The attacks on the Turkish economy have been widely denounced by Turkey's allies and friends, including Germany, Russia, China, Iran, Italy and Pakistan.

Turkey has moved proactively to defend against the attacks, as the Treasury, Central Bank, Banking Regulation and Supervision Agency (BBDK), Capital Markets Board (SPK) and other institutions continue to take necessary steps for financial stability.

The political rift between Turkey and the U.S. that has escalated with the case of pastor Andrew Brunson who is being tried by the Turkish judiciary because of his links with the Gülenist Terror Group (FETÖ) and PKK, a Kurdish separatist armed group designated as a terrorist organization by the U.S. He is currently on house arrest in Turkey's Izmir province, which has led Trump to wage an economic war against Turkey by imposing sanctions on the country's ministers and additional tariffs on steel imports.