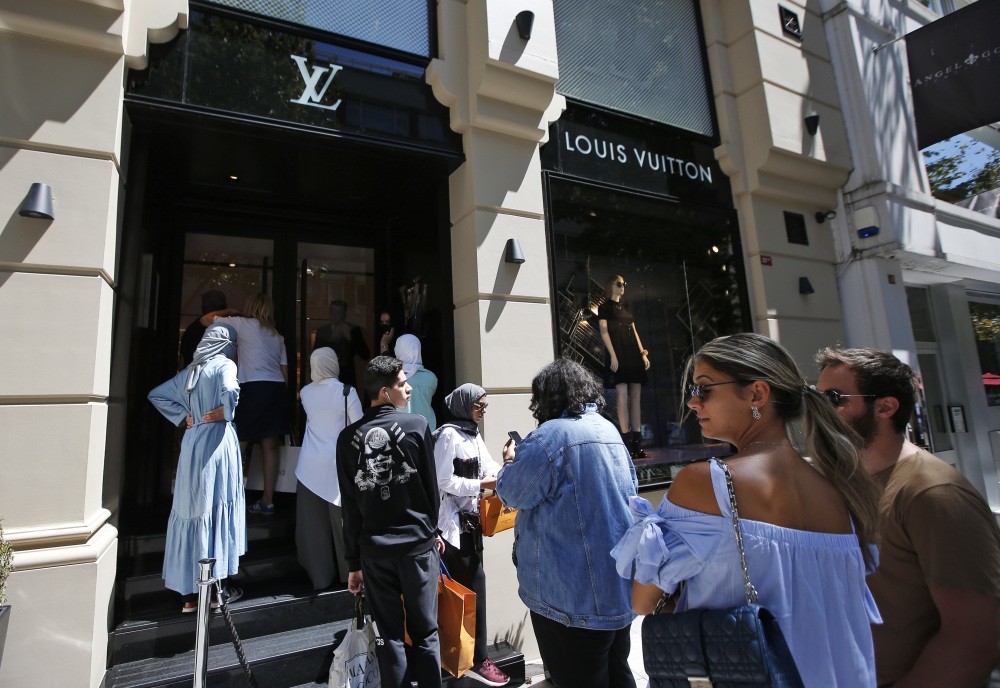 Turkey's leading financiers and businesspeople have once again emphasized that the recent volatility in the exchange rate is inexplicable with the solid fundamentals of the Turkish economy, stressing that Turkey is fighting an economic siege

The high volatility in the exchange rate over the past few weeks has been impossible to explain within the framework of established economic theories for leading businesspeople and financiers.

The chief executive officers of most robust Turkish banks and heads of leading business associations whose members make up a considerable bulk of the Turkish economy, have repeatedly emphasized that the fundamentals of the Turkish economy are solid and macroeconomic indicators fail to account for the recent slide in the Turkish lira, which dropped by more than 40 percent since the beginning of this year with most of this devaluation incurring over the last two weeks. These fluctuations in the exchange rate has been seen as the result of unsubstantiated manipulations on the Turkish lira and the economy, which were deemed as the main strategy of an economic war waged against Turkey by U.S. President Donald Trump.

Turkey's leading financial institution Garanti Bank CEO Ali Fuat Erbil emphasized that the bankers do not understand the abrupt fluctuations in the exchange rate during a live interview on private broadcaster NTV.

Garanti Bank is one of the Turkish banks that have drawn large amount of foreign investment into the country from European financial corporations. Spain's Banco Bilbao Vizcaya Argentaria S.A. (BBVA) owns 49.85 percent of the bank.

The second indicator for the strong economic fundamentals of Turkey is the robust banking sector. "Currently, Turkish banks have the capacity to create a short term liquidity [of] up to $100 billion," he said.

Referring to CBRT moves and measures of the Banking Regulations and Supervision Authority (BDDK) on Monday to support the Turkish lira, Erbil said, the measures came right on time and highlighted that Turkish financial actors have adequate instruments, adding that the normalization process has begun.

Deniz Bank CEO Hakan Ateş thanked the households, all parties and press members for their sensitivity, noting that this is a speculative attack that created some stir.

Turkey has been very cautiously taking some measures against the global crises and the negative situations that may develop in the world for the last 10 to 15 years, Ateş said, stressing that the BDDK, the Capital Market Board (CMB), the CBRT, and the Treasury together with the whole banking system, were able to take correct approaches in time and simultaneously.

"We loaded our ATMs with cash as much as possible. Today, the limit that the banking system can use is $50 billion. There is also the swap potential of $20 billion, totaling $70 billion," Ateş continued. "Everyone's money and deposits are in the banking system and in safety. Unlike 2001, the banks are not pushing each other around."

Ateş said that both the Turkish banking sector and the institutions in the private sector that can borrow directly from abroad have the ability to repay the debt, adding that new borrowing will continue following this transition period, while the existing ones will be paid when they are due.

"There is a very important element in finance that affects the economy and it is trust. Inflation, interest and exchange rate movements are all about anticipation. There is nothing to worry about as long as we are not on the side that causes these speculations so that sellers-buyers will not be harmed," Ateş said and continued, "The whole economy will operate smoothly. We can consider this as a politics-weighted speculative attack rather than a crisis."

Turkey's İşBank General Manager Adnan Bali said in a televised interview on private broadcaster BloombergHT that Turkey is under serious speculative attacks. Referring to the 1994 and 2001 crises in Turkey, 1997 Russian economic crisis and 1998 Asian crisis, the recent turn of events in TL-denominated markets shows no signs of such a crisis.

"It is not possible to explain the exchange rate volatility with economic foundations. According to the theories of economics, the cross exchange rates of two countries are calculated by the difference of inflation in those countries. Therefore, I think the fluctuation in dollar/Turkish lira exchange rate does not comply with any theoretical explanation," Bali said.

The İşBank general manager said that the market dynamics fail to make sense out of what is happening right now.

"This is literally an economic war," he said, adding that Turkey should also carry out its obligations by foreseeing these kinds of manipulative attacks and always act vigilantly and use precautions.

Moreover, Turkish Economy Bank (TEB) General Manager Ümit Leblebici said, "We are beginning to see that the measures taken by BDDK and the central bank are working.

Evaluating the recent developments, Leblebici stated that the markets have also begun to see that the measures taken are working.

Pointing out that the stabilization of the exchange rate has started in the market, Leblebici said, "Generally, our people do not have a purchasing demand for the exchange rate. We are starting to return to normal flow. The necessary precautions to be taken on this will be edited and taken by the BDDK and the central bank. We expect the market to return to normal within a few days."

Leblebici said the allegations of withdrawing deposits from banks are not true, stressing that everybody could have a small claim but that they have not seen a general demand. "The indication that the banking sector is sound is that if you get the mandatory return in the central bank gross reserves, we have enough reserves to cover most of the incoming foreign exchange account demands," Leblebici said. "For that reason, there is nothing to worry about. There is no problem on the TL side. The system has the capacity to easily respond to such speculative attacks."

The Turkish business world offered support for the success of the measures and goals of the government's new economic approach, two leading business institutions announced yesterday.

"We will overcome current financial difficulties in solidarity with our people," read a joint statement issued by the Turkish Union of Chambers and Commodity Exchanges (TOBB) and the Turkish Industry and Business Association (TÜSİAD).

"Preserving the production and employment capacity of the real sector carries the utmost importance," the joint statement said.

Stressing that the foundations of the country's economy are solid, they said, "Our economy is facing a delicate period due to global developments and internal dynamics." To protect the real economy from a lasting impact, necessary measures must be taken promptly, the statement underlined.

The two institutions suggested a number of moves, including tighter monetary policy to stabilize exchange rates, austerity measures, a road map to permanently bring down inflation, strengthening relations with the EU – Turkey's most important trade partner – and continuing diplomatic efforts to urgently solve problems with the U.S. under a strategic partnership framework.

They also highlighted that the business world firmly believes that our economy will quickly return to balanced and sustainable growth through the application of these necessary measures.

The TOBB and TÜSİAD also emphasized that tighter monetary policy will stabilize the Turkish lira and that U.S.-Turkish disputes should be solved through diplomacy.

Foreign Economic Relations Board (DEİK) Chairman Nail Olpak also said that the developments in the financial markets do not reflect the macroeconomic fundamentals of the Turkish economy.

DEİK Chairman emphasized that the real sector supports every decision and step for financial stability.

European shares rebounded Tuesday as the Turkish currency firmed, thanks to reassurances from the CBRT and the government. Investor confidence was also boosted as Turkish Minister of Treasury and Finance Berat Albayrak announced he would hold a conference call with investors from the United States, Europe and the Middle East on Thursday, his first since assuming the post two months ago. The retreat of the dollar comes one day after the CBRT moved "to support financial stability and sustain the effective functioning of markets," introducing measures on the Turkish lira and the foreign exchange market (FX) liquidity management. The bank said it would provide all the liquidity needed by banks and closely monitor markets and prices, while raising collateral FX deposit limits for lenders' lira transactions from 7.2 billion euros ($8.2 billion) to 20 billion euros.