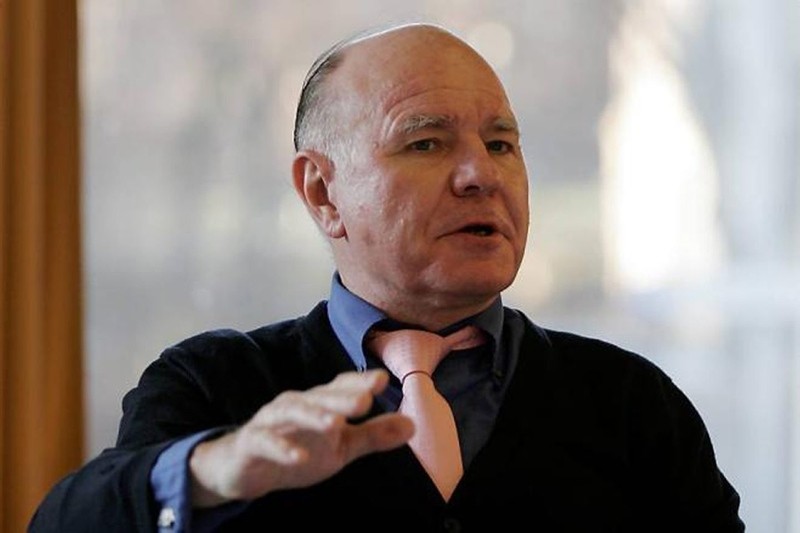 Renowned global investor and markets commentator Marc Faber, best known for being a market pessimist which earned him the nickname "Dr. Doom", said Wednesday Turkish assets could present a good investment opportunity at the moment.

Although the economic strategist has been warning since 2010 that global markets are headed for a 1987-style market crash, Faber told Anadolu Agency (AA) in a phone interview that he didn't foresee such a grim future for the Turkish economy.

"People always say they would like to buy low and sell high. Well, Turkish stocks are valued in U.S dollars. At the moment they are within buying range. I am going to buy some Turkish assets, ETF's (Exchange-Traded Funds)," he said.

Stating that he already had some Turkish bonds, although not in very large quantities, Faber said now was a good time to invest in Turkish assets.

Faber, who is also the publisher of "The Gloom, Boom & Doom Report", said Turkey must reduce its sensitivities, narrow its trade deficit and close its current account deficit to not be affected by volatility in the coming period.

Reiterating that the foreign and economic policies of the United States were not right, the Swiss investor said: "Trump is not pursuing diplomacy in foreign policy. He is like a bull in a china shop. He keeps picking on everyone; there is no diplomacy whatsoever. "

"Turkey's Trump card is NATO. NATO has crucial bases in Turkey. Turkey has two options in the long-term; it can stay close to Europe and stay in NATO or join the Shanghai Cooperation Organization. This would indicate that Turkey has left the West or that it will be in less contact with it, becoming closer with Russia and China instead. This is an option in Mr. Erdoğan's hand. I think Trump does not understand that this is a very real possibility," he said adding that Turkey was not without alternatives.

Underlining that U.S. President Donald Trump's trade policies could drag the world into recession, Faber said, "Economists around Trump believe that imports from China are responsible for the U.S.' trade deficit. China is the indicator of the US.' declining competitive power. The U.S. has had low capital investment over the last 20-30years. Economists believed that consumption should be increased to increase growth. The result is naturally an increase in trade deficit. "

President Trump announced on Aug. 10 that the U.S. was doubling aluminum and steel import tariffs on Turkey, fixing them at 20 percent and 50 percent, respectively.

In retaliation, Turkey also increased tariffs on several U.S.-origin products, including alcohol and tobacco products and cars, according to a new presidential decree published early Wednesday in the official gazette.