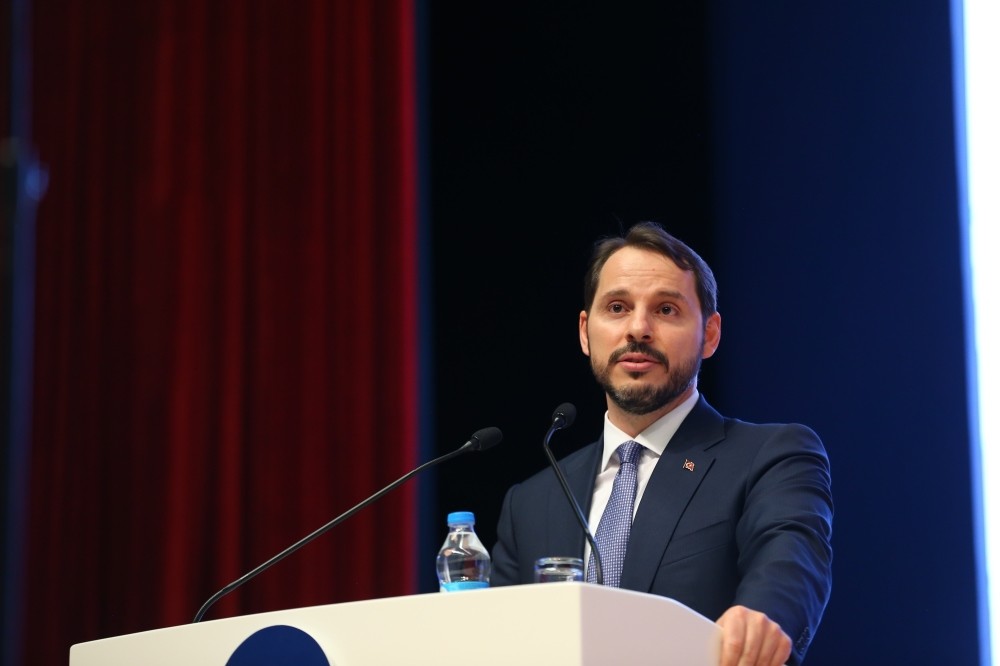 While Erdoğan and Merkel discussed current developments and regional issues, particularly Syria, in the phone call, they agreed to arrange a meeting between Albayrak and Altmaier in the upcoming days.

According to presidential sources, Merkel once again emphasized the importance of the strong Turkish economy for Germany, and the two leaders have underscored their mutual determination to maintain cooperation between the two countries.

Altmaier was one of the first European officials to oppose Washington's tariff policy on Turkey, saying, "This trade war slows down and destroys economic growth and produces new uncertainties."

"The past has shown that consumers are particularly affected by trade wars since products become more expensive," Altmaier said, emphasizing Germany's will to keep good economic relations with Turkey. "Turkey stands for security and reliability in Europe. We are working together well with Ankara in terms of migration."

Altmaier is scheduled to visit Turkey on Oct. 25-26 to boost bilateral economic ties, accompanied by an 80-member bu

Albayrak expressed gratitude to Altmaier for his criticism of the U.S. sanctions.

"Politicians who act in good faith and advocate diplomacy will strengthen the Turkish people's confidence in our relations with Germany and the EU," Albayrak stated. The bilateral trade volume between Turkey and Germany stood at $36.4 billion in 2017, which corresponds to an increase of 3.1 percent compared to 2016. While Turkey's exports to Germany totaled $15.2 billion, its imports from the country were recorded at $21.3 billion.

Meanwhile, around 3,000 investors from the U.S., Europe and the Middle East have registered to participate in a conference call meeting with Minister Albayrak.

Albayrak is scheduled to meet with foreign investors and convey the messages related to recent economic developments in the country today at 4 p.m. local time (9 a.m. EST).

Originally, some 750 to 1,000 investors were expected to participate in the meeting, however, the number reached 3,000.

According to the information obtained from bankers, Citi, Deutsche Bank, DOME Group and HSBC will organize the meeting.