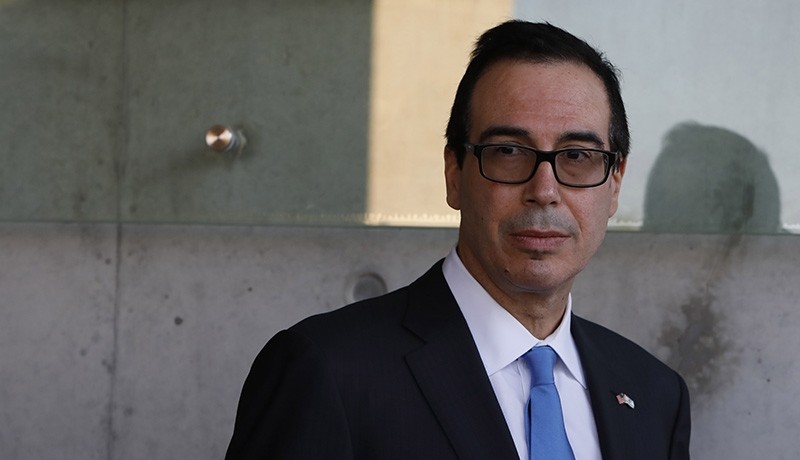 The report comes after U.S. President Donald Trump said Thursday during a Cabinet meeting at the White House that Turkey "hasn't turned out to be a great friend."

After complaining that Turkey hasn't yet released Brunson, Trump asked Mnuchin for an update on the sanctions on Ankara.

"We put sanctions on several of the Cabinet members," Mnuchin reportedly answered, indicating that the implementation of sanctions on Turkish ministers was not personally ordered by the U.S. president.

"Working with you, we have more that we're planning to do if they don't release him quickly," he told Trump.

The report gives a contradictory account from what the White House has said on the issue of sanctions and tariffs. Press Secretary Sarah Sanders told reporters Wednesday that the U.S. tariffs on Turkey were unrelated to the sanctions over the Brunson's case. She said the tariffs were "out of national security interests," chiding Turkey for returning measures "out of retaliation."

Trump and Mnuchin's conversation suggests otherwise, however, as the president's alternation between the two measures makes it clear that tariffs are another tool being used to try to manipulate Ankara into caving to Washington's wishes on the Brunson case.

Serving at the Diriliş (Resurrection) Protestant Church in the western province of Izmir, Brunson was arrested in October 2016 and moved to house arrest on July 25 due to health problems. He is scheduled to appear before a court in October for his third hearing after the court rejected an appeal for his release in a July 18 hearing.