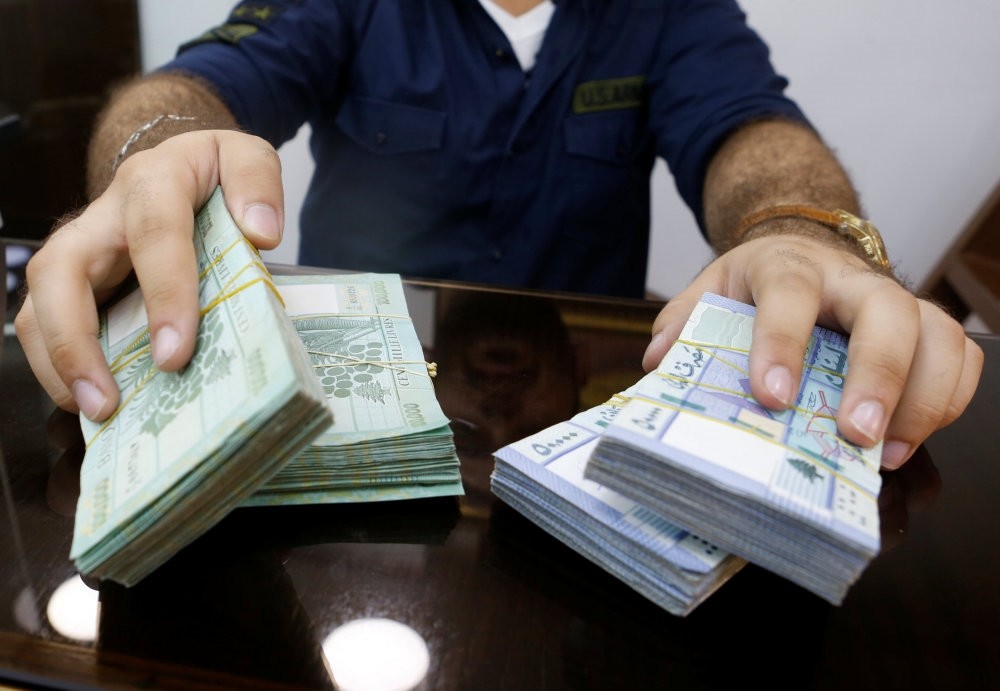 Aiming to sustain monetary stability, banks in Lebanon strive to bring in dollars and offer high interest rates to attract customers who will be encouraged to change their hard currency into Lebanese pound deposits

Lebanese banks are pulling out the stops to bring in dollars as the country strives to preserve a two-decade old currency peg, offering high returns to customers willing to change their hard currency into long-term Lebanese pound deposits.

It is one sign of Lebanon's determination to maintain monetary stability as political leaders' warnings of economic crisis have fuelled rumors that have led the central bank to issue repeated assurances about the peg's soundness.

But the central bank's high interest rates that keep money flowing into banks are increasing risk within the financial system and strangling an already depressed economy. That all comes at a time of renewed political uncertainty as Lebanon nears three months without a government.

There is broad agreement that Lebanon - the world's third most indebted state - needs urgent fiscal reform to help the economy and reduce dependence on central bank operations described as unconventional by the International Monetary Fund.

But since parliamentary elections in May, politicians have failed to form a government that could tackle the deficit, reinforce confidence in the financial system and unlock billions in donor financing.

Focusing on high interest rates has come at a price.

"The priority today for the central bank is to raise rates to attract capital and preserve capital in foreign currency in Lebanon so we can continue with the policy of stabilizing the pound, which is the top priority," Raed Khoury, Lebanon's caretaker economy minister, told Reuters last month.

"It is the reason for Lebanon's political and monetary stability and confidence in Lebanon. Of course these factors don't come at a low cost. The cost is high for our economy."

Ordinary Lebanese are feeling the effects of the weak economy. Lending is down and business activity is falling along with prices in a real estate sector that was once a pillar of the economy.

Annual growth rates have fallen to between 1 and 2 percent, from between 8 and 10 percent in the four years before the Syrian war, and Lebanon's debt-to-GDP ratio hit more than 150 percent at the end of 2017, the IMF said.

But almost two months ago banks began telephoning customers asking if they had foreign currency – locally or abroad – they could deposit to earn interest rates of up to 15 percent on five-year term Lebanese pound deposits.

And since the Hariri crisis, the average term of Lebanese pound deposits increased from 40 days in October to 120 days today, Bank Audi chief economist Marwan Barakat said. Banks convert customers' cash into local currency and deposit the dollars in the central bank which, a number of complex operations later, gives the banks even more attractive returns.

"There is now a lot of competition between banks to attract deposits," BlomInvest Bank's head of research Marwan Mikhael said. "The central bank is trying to suck all the dollars in the market."

But the increasing reliance on bank deposits to fund the state - and the increasingly high exposure of banks to sovereign debt this entails - is making Lebanon and its banks more susceptible to political shocks.

"The situation of banks has become fragile, vulnerable to the situation of the public sector," said Toufic Gaspard, an economist and former adviser at the International Monetary Fund in Washington. He said half of the banks' balance sheets are deposits at the central banks.

"Two thirds of their balance sheets are loans to the public sector, defined as the central bank and government, as illustrated by treasury bills," Gaspard said.

The scale of these losses is, however, not publicly known as "the central bank hasn't published its profit and loss statements since 2002", Gaspard told Reuters.

In an unusual move, the central bank responded to the report and said its interest rate policies were in line with Lebanon's risk profile. On the subject of the non-publication of its annual reports, the central bank said it is required annually to report its balance sheet and profit and loss accounts to the finance minister, and said the central bank "continues to generate sustained and substantial profits".

Lebanon's vulnerability to political shocks was demonstrated in November, when Hariri unexpectedly resigned during a visit to Saudi Arabia, causing a temporary outflow of funds from his country.

The crisis was resolved in a matter of weeks when Hariri cancelled his resignation, but the currency peg came under pressure. The central bank's foreign assets, excluding gold, recovered what they had lost defending the pound to reach $44.4 billion at the end of July.

The cost of borrowing for ordinary Lebanese has also been pushed up since the central bank, concerned about the amount of Lebanese pound liquidity entering the market, started in October to pare back the incentive and subsidy schemes it had used for years to boost bank lending to housing and other economic sectors.

Although welcoming central bank efforts to maintain deposit inflows in the face of the many pressures on Lebanon, the IMF has said Lebanon's debt is "unsustainable" and "immediate and substantial fiscal adjustment" is needed.

Many in Lebanon are asking why politicians do not put their differences aside to put the economy on a sounder footing.

"If we continue like this, eventually we are bound to have a financial crisis," said Gaspard.