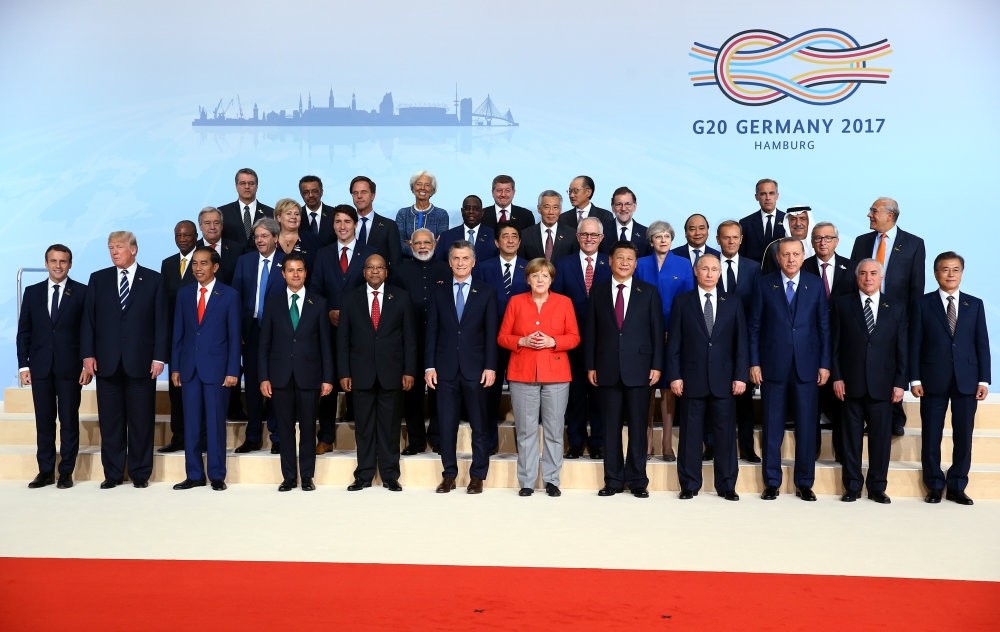 The Turkey-U.S. crisis has highlighted the cracks in the existing global system and pointed to the need to transition to a more fluid multipolar order; Turkey is already capitalizing on this by diversifying its partners and looking toward Europe, Russia, China and the Middle East

Highlighting the disruptions in the decades-long global system, Turkey is now working on a policy to design a broader framework for the world order, in which multiple partners have room to act and shape the economic and political affairs of the world. In addition to diversification of partners, Turkey is also making efforts to promote alternative mediums of exchange in trade via use of local currencies, particularly with China, Russia and Iran, in order to destabilize the financial domination of the U.S. dollar.

The crisis in Turkish-American ties recently escalated when U.S. President Donald Trump ordered sanctions on two Turkish ministers, Süleyman Soylu and Abdülhamit Gül, over the case of pastor Andrew Brunson, who is currently under house arrest on charges of links with the Gülenist Terror Group (FETÖ) and the PKK, a U.S.-designated armed terrorist organization. But this was not enough for Trump, who increased tariffs on imported steel from Turkey by 50 percent and aluminum by 20 percent on Aug. 10, leading to the continuous slide of the Turkish lira that saw the lira trading at 7.30 to $1 in Asian trading sessions early Monday.

The Turkish lira has lost nearly 45 percent of its value since the beginning of this year, with more than half of this loss occurring in the past two weeks when the crisis with the U.S. heightened.

The turbulence in the lira and the Turkish markets seemed to have a spillover effect on markets around the globe from Asia to the U.S. and particularly in emerging market currencies. This spreading impact showed how much Turkey was integrated with the global financial system. But it also showed how the U.S.-dominated financial system is a battle ground for the world's first economy that does not hesitate to use its currency and economic and financial power as a punishment in its ties with allies and partners. This was the case when the U.S. administration decided to walk away from trade agreements with other North American countries and imposed conditions on European Union (EU) countries for continuous trade and increased tariffs on China. These developments in the U.S.' dealings with its established trade partners, as well as political and military allies, are not unique to its ties with Turkey. Yet the Turkish-American crisis has demonstrated the crippled order.

As the row with the U.S. continues on economic and political grounds, Turkey has received supportive messages from its European partners, Russia, China, and Qatar.

Prior to President Recep Tayyip Erdoğan's phone call with German Chancellor Angela Merkel on Wednesday, German government officials and ministers had repeatedly emphasized the importance of a strong Turkish economy for the stabilization of Europe. In the phone call with President Erdoğan, Merkel underscored that Turkey is a significant partner for Europe.

On Wednesday, Qatar's Emir Sheikh Tamim bin Hamad Al-Thani visited Ankara in an apparent show of support for Turkey, pledging $15 billion in direct investments in the country that found itself embroiled in a crisis with the U.S.

On Thursday, in a phone call with President Erdoğan, French President Emmanuel Macron highlighted the importance of the Turkish economy's stability as the two discussed economic relations.

Last weekend, Italian Foreign Minister Enzo Moavero Milanesi sent a message of support to Turkey in an interview with Il Foglio newspaper on Saturday. The Italian minister said Turkey plays a significant role in the financial equilibrium of the Mediterranean region.

"Turkey's stability and development are conducive to regional peace and stability," Foreign Ministry spokesman Lu Kang said in a statement.

"China believes that Turkey has the ability to overcome temporary economic difficulties and hopes that all parties concerned will resolve their differences through dialogue," Lu said. Beijing always pays importance to China-Turkey cooperation in the fields of economy, trade and finance, he added.

At a time when the Shanghai Cooperation Organization (SCO) was discussing common currency in trade, President Erdoğan also reiterated his call for trade in local currencies with major trade partners like Russia, China and Iran. His call was immediately welcomed by Russia and Kremlin Spokesman Dmitry Peskov who said Moscow is aiming toward using national currencies in trade with Turkey, instead of dollars or euros.

The question of using national currencies in bilateral trade has been discussed many times in talks between Russia and Turkey, Peskov told journalists during a conference call in Moscow.

In April, Turkey and Iran issued the first letter of credit in the form of a national currency swap to exchange the Iranian rial and Turkish lira. The swap will ease trade, transactions between the two countries and lower foreign currency risks after both currencies faced depreciation recently. Under this system, there is no need to rely on a third-party currency, like the U.S. dollar or euro. Moreover, Turkey is also preparing to issue first renminbi-denominated bonds this year.

Also, as Trump's trade wars with China and the EU grow, Russia and China announced that they would use more Chinese yuan instead of dollars in trade among themselves.

With all these developments, it becomes clear that the U.S. is not the only choice in the world system but in fact many medium-sized and big powers have more than one option.

All these examples show that U.S.' economic power and its approach to using money as a foreign policy tool will not work in this currently emerging multipolar world order.

As the Trump administration continues its threats of sanctions against Turkey, Ankara's improved relations with EU countries such as Britain, Germany and the Netherlands, as well as Russia, and its effort to develop financial new relationships with various parts of the world signals the new U.S. approach is backfiring.

"The old world financial order was undoubtedly tired and deeply flawed… the U.S. was not always an honest broker and the Europeans were never sufficiently united," wrote Edward Hadas, a freelance journalist and author of Credit Crunch: Making Moral Sense of the Financial Crisis on Reuters, pointing to the fading financial order of which the U.S. has been champion.

Hadas suggests "a broader global financial order with new leaders and renewed institutions," is the best solution for countries like Turkey.

Mehmet Ali Tuğtan, assistant professor of International Relations at Istanbul's Bilgi University, emphasized that the U.S. hegemony is going under a global scale crisis. If the country fails to navigate this crisis with fourth industrial revolution developments and alternative energy resources, Tuğtan opined, the world will see a more contracted multipolar world. At present, he said, multipolarity is on the ascent in international relations, a process that began in the 2000s.

"Currently, we are going under an elusive period in which everything becomes more uncertain and blurry. The multipolar period indeed points to the increased competition among super powers. In such contexts, middle power countries like Turkey increase their agility to develop policies in the face of economic and political developments and expand their spectrum of alliances in accordance with national interests," Tuğtan said. He highlighted that the world will see the emergence of more regional partnerships like the SCO in this period of fluid alliances.

Turkey is now capitalizing its position as a middle-power country by solidifying ties with Russia, China, Qatar, Kuwait and European countries including Germany and France, he added.