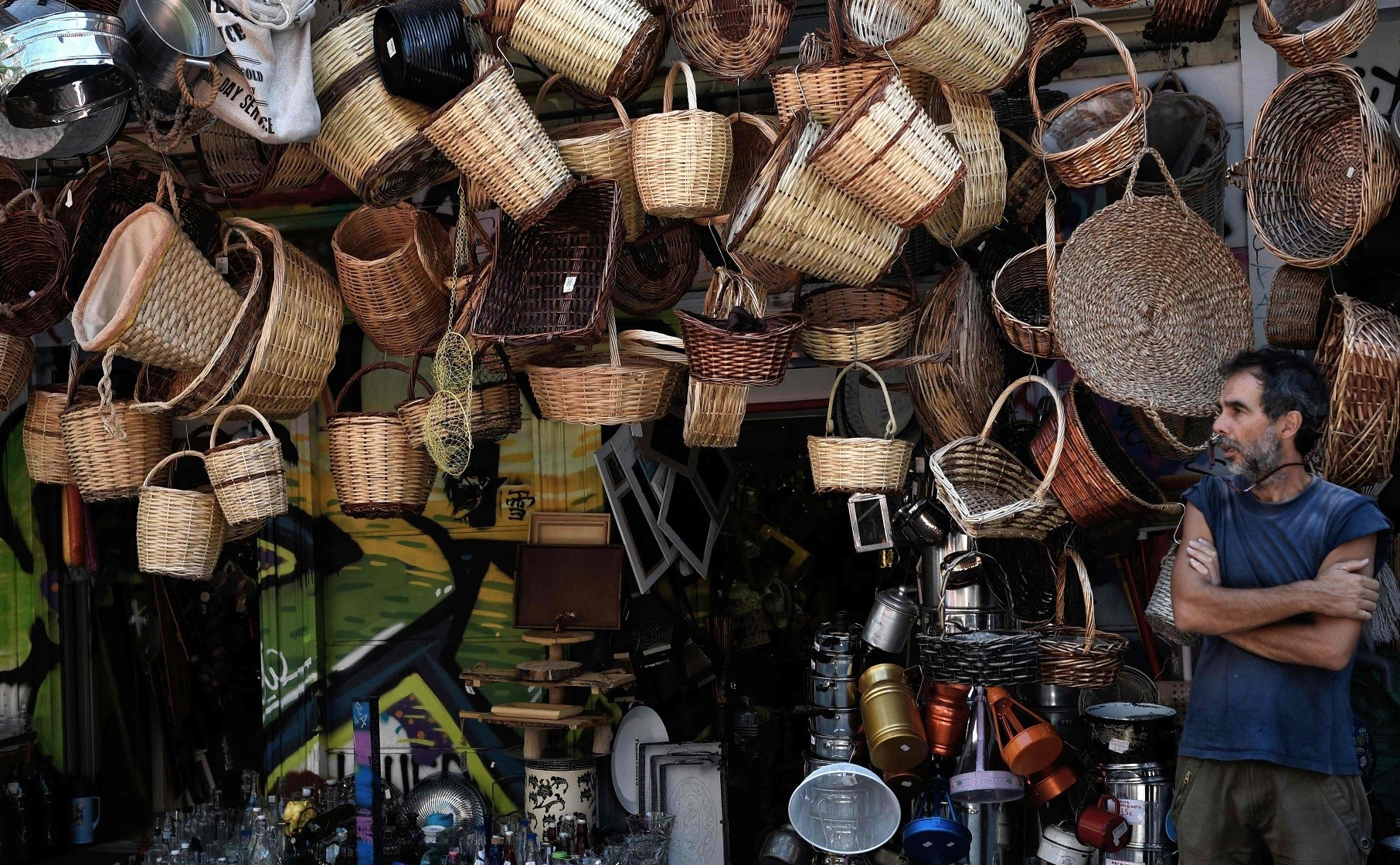 A shop owner waits for customers in central Athens.Today, Greeceu2019s third and final bailout officially ends after years of hugely unpopular and stinging austerity measures.
by Aug 20, 2018 12:00 am

Greece's central bank governor warned the country not to backtrack on commitments to its lenders after it exits the last of its three bailouts next week, saying markets would abandon it. Yannis Stournaras told yesterday's Kathimerini newspaper any backpedalling could leave Greece facing major risks at a time when it would be particularly vulnerable to financial turbulence in neighbouring Turkey, Italy and beyond. Athens is set to exit its latest bailout today and rely on bond markets thereafter to refinance its debt after a nearly nine-year debt crisis that shrank its economy by a quarter and forced it to implement painful austerity.

"If we backtrack on what we have agreed, now or in the future, the markets will abandon us and we will not be able to refinance maturing loans on sustainable-debt terms," Bank of Greece Governor Yannis Stournaras told the paper. Since the debt crisis exploded in early 2010, four successive governments fought to keep bankruptcy at bay, relying on the biggest bailout in economic history, more than 260 billion euros lent by Greece's euro zone partners and the IMF. Shut out of bond markets after a fiscal derailment, Greece officially asked for a bailout in April 2010 with the International Monetary Fund and its euro zone partners granting 110 billion euros in loans to avert a financial meltdown. Two more aid packages followed. Athens returned to sovereign debt markets in July 2017 with a 3.0 billion euro bond sale that marked a milestone in its return to economic health.

"If there is strong international turbulence, either in our neighbouring Italy or Turkey or in the global economy, we will face difficulties in tapping markets given that the sensitivity coefficient of Greek bonds remains high," Stournaras said.

But this, the second risk, is more manageable, he said, and should wane as long as markets become convinced that Greece is pursuing the right economic policy and keeping its promises.

"Let's not forget the euro zone still has gaps in its architecture. The banking union has not been completed, thus any convulsion affects its weaker member-states more," he said.

Post-bailout, Athens has committed to attain demanding primary budget surpluses - excluding debt servicing outlays - of 3.5 percent of GDP until 2022, and 2.2 percent until 2060.