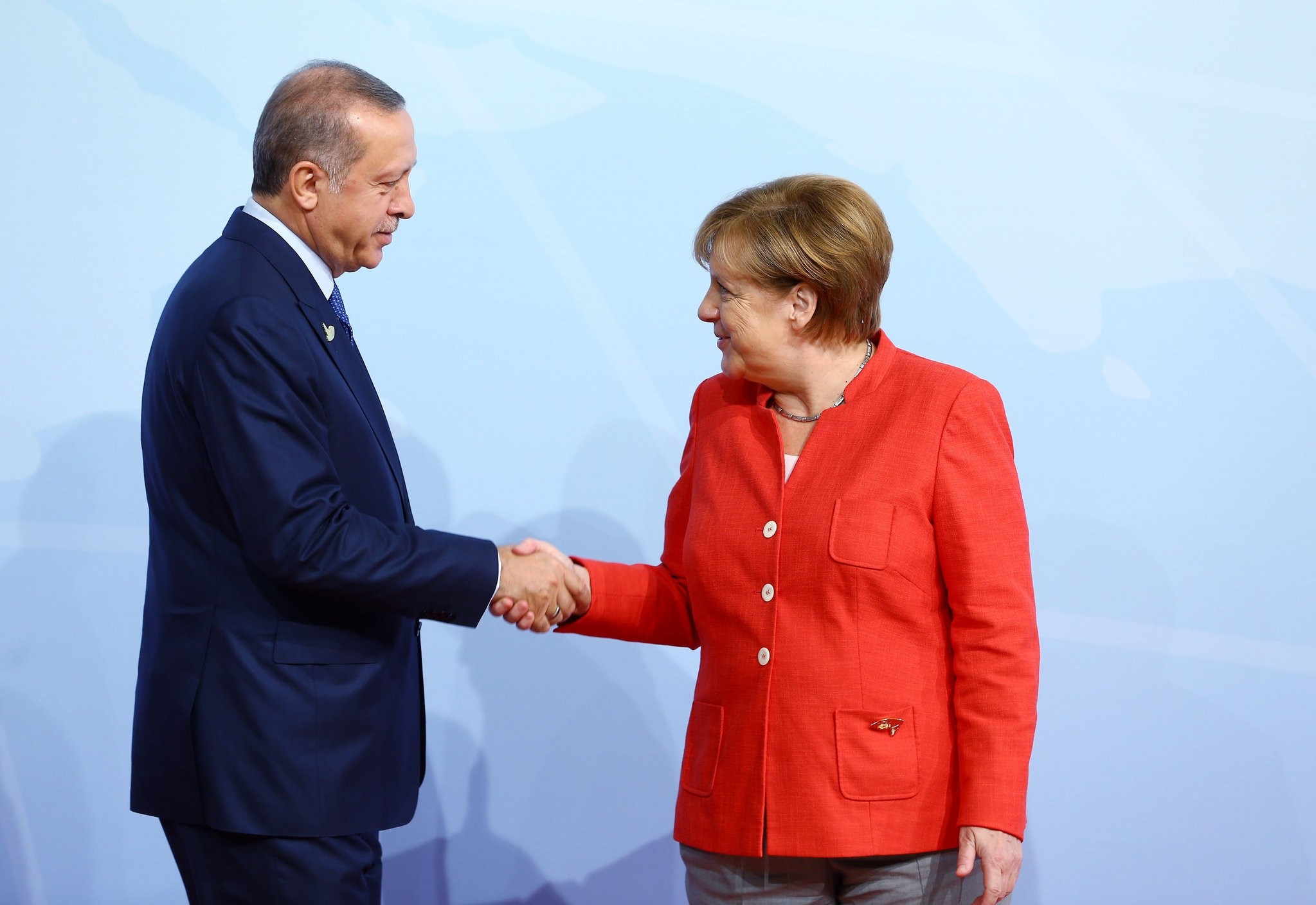 After tensions with the U.S. hit the Turkish lira, German leaders repeatedly underscored that a strong Turkish economy is important for the stability of Turkeyu2019s European partners.
by Daily Sabah Aug 20, 2018 12:00 am

Turkey's European allies continue to emphasize the country's significance for the benefit of all partners as U.S. President Trump's threats of sanctions against a longtime NATO ally continue to escalate

European leaders continue to raise their voices to highlight the significance of the Turkish economy that has recently come under attack with the threatening economic showdown of U.S. President Donald Trump. Among them, Germany has been one of the first countries that voiced strong support for the stabilization of the Turkish economy and emphasize its importance for Turkey's major partners, particularly European Union (EU) countries. Recently, Germany's Social Democratic Party's (SDP) leader Andrea Nahles said, "It's in everyone's interest that Turkey remains economically stable and that currency turbulence is curtailed," in an interview with Funke Mediengruppe yesterday.

Nahles said it is crucial to keep up dialogue on all levels with Turkey, a member of the North Atlantic Treaty Organization (NATO) and part of Europe. Nahles' comments came at a time when a number of European leaders and government officials repeatedly highlight the importance of the Turkish economy for European countries. Last week, German Chancellor Angela Merkel also emphasized the importance of the strong Turkish economy for Germany in a phone call with President Recep Tayyip Erdoğan, as the two leaders have stated their mutual determination to maintain cooperation between the two countries.

Turkey and European countries have solid commercial and economic ties as the two sides have immense bilateral investments and economic exposures to one another.

Last year, Turkey's exports to the EU totaled to 69.8 billion euros ($79.9 billion) and its imports from the union were recorded at 84.5 billion euros.

The bilateral trade volume between Turkey and Germany stood at $36.4 billion in 2017, which corresponds to an increase of 3.1 percent compared to 2016. While Turkey's exports to Germany totaled $15.2 billion, its imports from the country were recorded at $21.3 billion.

The comments of the European leaders came at a time when Turkey's ties with the its longtime NATO ally U.S. has strained due to a diplomatic and economic spat and the country garnering extensive support from European partners Germany and France and others including Russia, China, Kuwait and Qatar against the unfriendly moves of the U.S. administration.

The row between Turkey and the U.S. escalated when President Trump's decided to impose sanctions on Turkish ministers Süleyman Soylu and Abdülhamit Gül on Aug. 1 and also increase tariffs on imported steel from Turkey by 50 percent and aluminum by 20 percent while threatening the country with more sanctions over pastor Andrew Brunson. The pastor is under house arrest in Turkey on charges of links to the Gülenist Terror Group (FETÖ) and the PKK, a U.S.-designated armed terrorist organization. In retaliation, Turkey increased the tariffs on certain U.S. goods up to 100 percent and more.

The U.S. administration's moves have triggered an economic war against Turkey, which negatively affected the stability of the Turkish lira. The country's currency has depreciated by nearly 45 percent since the beginning of the year hitting 7.20 per dollar on Aug. 13, most of this incurred over the last two weeks when the crisis with the U.S. heightened.

The steep fall in the Turkish lira for the last couple of weeks has not been possible to explain with the macroeconomic fundamentals of the Turkish economy, many bankers, government officials and economists have emphasized. The high volatility in the exchange rate was seen as the result of unsubstantiated manipulations on the Turkish lira, which were deemed as the main strategy of an economic war waged against Turkey by Trump.

Since the beginning of rapid currency depreciation, Turkey has engaged in intense diplomacy with its partners from around the world, garnering their support for the strength of the country's economy.

Albayrak and Le Maire agreed to improve bilateral cooperation and delegations from both countries are to meet in Paris on Aug. 27.

Macron also highlighted the importance of the Turkish economy's stability as he discussed economic relations with Erdoğan in a phone call Thursday.

Moreover, China's State Councilor and Minister of Foreign Affairs Wang Yi said the Turks led by President Erdoğan will overcome their temporary difficulties and China believes Turkey will develop in a stable way, in a phone call with Turkish counterpart Mevlüt Çavuşoğlu on Saturday.

"China is supporting Turkey's efforts for national security, stability and economy," Wang said in a statement released by the Chinese Foreign Ministry. He added that China remains ready to protect developing countries and the legitimate rights of rising economies.

"We are expecting to deepen cooperation based on mutual interests with China. We will join the 'One Belt One Road' initiative more actively," Çavuşoğlu said.

The One Belt One Road initiative - which brings together China, 11 EU member states and five Balkan states - has been part of Beijing's ambitious trade plan; it is also referred to as the New Silk Road. China has significantly increased its investments in the region since it introduced the One Belt One Road initiative in 2013, which involves grand infrastructure projects to connect Eurasian countries with China.

"China believes that Turkey has the ability to overcome temporary economic difficulties and hopes that all parties concerned will resolve their differences through dialogue," Lu said. Beijing always pays importance to China-Turkey cooperation in the fields of economy, trade and finance, he added.