US dollar under pressure after Trump's Fed criticism 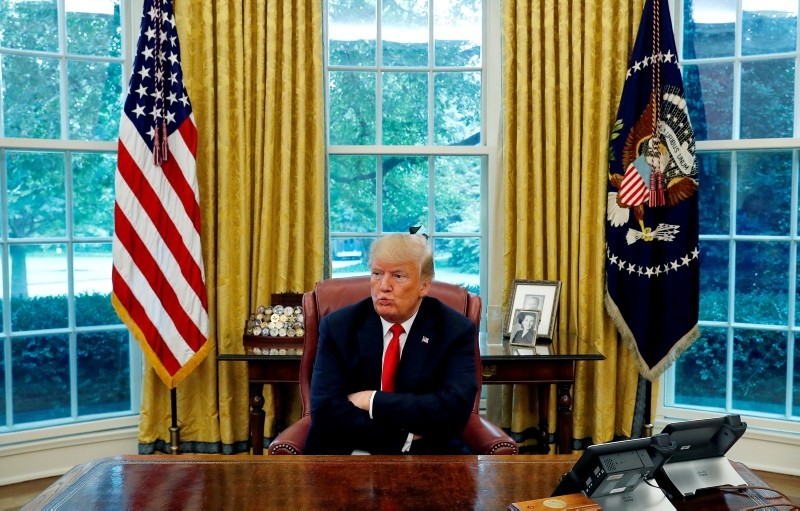 The U.S. dollar dipped Tuesday in Asia after Donald Trump hit out at the Federal Reserve's interest rate rises and accused it of not backing his economic plan, while most equity markets edged up ahead of highly anticipated China-U.S. trade talks.

The greenback has been on the ascent in recent months as U.S. borrowing costs have gone up and the economy improves but it stumbled after Trump's latest criticism of the central bank.

In an interview with Reuters, the president said he was "not thrilled" with the rate hikes under new Fed boss Jerome Powell, repeating comments made last month about the bank's tightening measures.

When asked if he believed in the Fed's independence, he refused to say yes, telling the reporter: "I believe in the Fed doing what's good for the country."

He also accused the European Union and China of manipulating their currencies, adding that Beijing was weakening the yuan to offset the effects of U.S. tariffs.

While analysts said it was unlikely Trump's remarks would make much difference to the Fed's decision-making — Powell has said in the past "we don't take political considerations into account" — the greenback was weaker against most other currencies.

The Fed is expected to lift rates twice more this year.

The pound and euro enjoyed some much-needed buying, while the yen was also up.

Higher-yielding and emerging market currencies — from South Korea's won and the Indonesian rupiah to the Australian dollar and Mexican peso — were also higher, having come under pressure last week from the Turkey financial crisis.

After the previous day's broad gains, equity markets fluctuated as traders turn their attention to the China-U.S. talks, which are due Wednesday and Thursday.

The meeting is the first since the world's top two economies started imposing tit-for-tat tariffs on billions of dollars' worth of goods, with the Wall Street Journal saying they are aimed at smoothing the way ahead of a November summit.

They also come despite Washington continuing to push through fresh measures slated for Thursday.

However, JP Morgan Asset Management global market strategist Tai Hui said: "Given the little progress made on the U.S.-China negotiations in the past six months, investors' expectations are still low.

"Ongoing negotiation is good news, and that's what the market is riding on at this stage, but a sustainable agreement to end this tension still seems unlikely at this point."

He added: "If China's earlier offer to buy U.S. products and open up its market did not convince the U.S. to de-escalate, it would take more creativity from Beijing to reach a compromise."