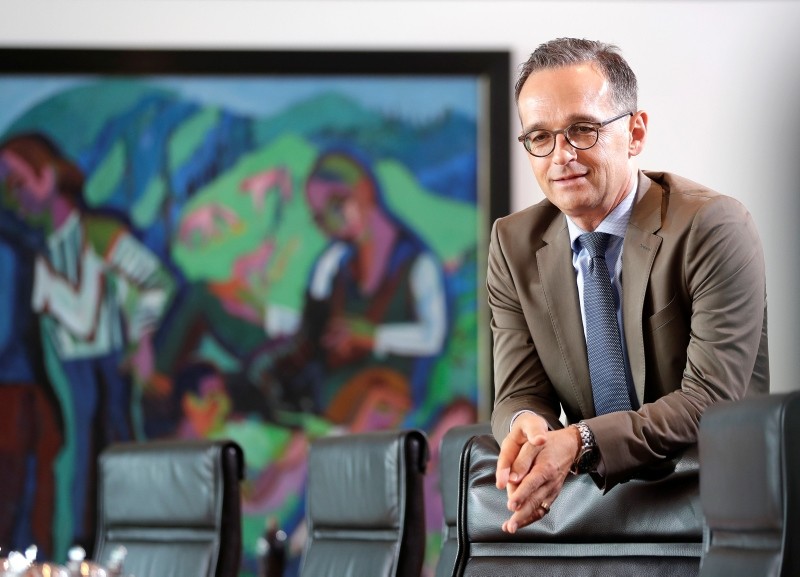 Europe needs to set up payment systems independent of the United States if it wants to save the nuclear deal between Iran and major powers that was abandoned by President Donald Trump, German Foreign Minister Heiko Maas said.

"That's why it is indispensable that we strengthen European autonomy by creating payment channels that are independent of the United States, a European Monetary Fund and an independent SWIFT system," Maas wrote in the Handelsblatt business daily.

"Every day the deal is alive is better than the highly explosive crisis that would otherwise threaten the Middle East," he added in the article to be published on Wednesday.

The Belgium-based SWIFT global payment network that facilitates the bulk of the world's cross-border transactions shut out Iran in 2012 after the United States and EU agreed to impose sanctions on the Islamic Republic over its nuclear activities.

The 2015 agreement between Iran and world powers lifted international sanctions. In return, Iran agreed to restrictions on its nuclear activities, increasing the time it would need to produce an atom bomb if it chose to do so. It has long denied having any such intent.

Trump withdrew the United States from the deal - signed before he took office - in May, calling the agreement deeply flawed and imposing new sanctions earlier this month.

European powers have been scrambling to ensure Iran gets enough economic benefits to persuade it to stay in the deal. This has proven difficult, with many European firms wary of far-reaching U.S. financial penalties.

Iran urged Europe this week to speed up efforts to salvage the nuclear accord after French oil group Total formally pulled out of a major gas project.

Trump's decision on Iran and his imposition of tariffs on steel and aluminum imports from the European Union have strained relations between the U.S. and its European allies.

"Given the circumstances, it is of strategic importance that we tell Washington clearly: we want to work together," Maas wrote. "But we will not allow you to hurt our interests without consulting us."

The EU has vowed to counter Trump's renewed sanctions on Iran, including by means of a new law to shield European companies from punitive measures.