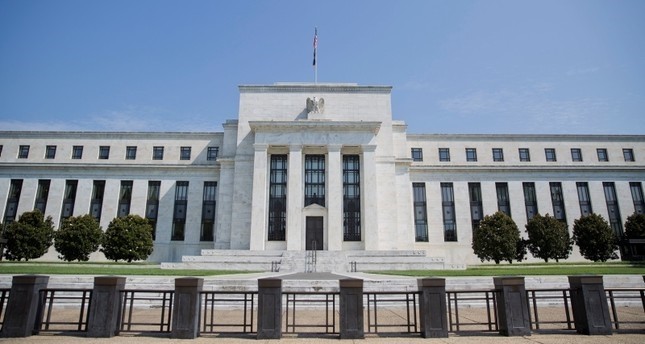 The Fed has been raising rates gradually since 2015 and policymakers are now concerned the economy is so strong that inflation could rise persistently above the central bank's 2 percent target.

Fed officials at the July 31-Aug. 1 policy meeting held rates steady, but their discussion left clear they are considering another rate hike soon. The Fed has raised rates twice this year.

"Many participants suggested that if incoming data continued to support their current economic outlook, it would likely soon be appropriate to take another step in removing policy accommodation," according to the minutes.

Policymakers generally noted that spending by U.S. households and businesses appeared to have "considerable momentum," according to the minutes.

Fed officials also generally expected the economy would grow at a fast enough rate to put upward pressure on inflation, which recently has come close to the central bank's target. With interest rates rising, many policymakers said the Fed would soon have to stop describing monetary policy as a giving a boost to the economy.

At the same time, policymakers held an ample discussion about the risks to the economy from simmering trade tensions. The Trump administration has raised tariffs on imports from a range of countries, including China and members of the European Union, triggering retaliatory tariffs on U.S. exports.

The discussion outlined the tough situation the Fed could find itself in should the trade disputes worsen, with U.S. businesses potentially needing to scale back hiring and consumers possibly facing higher prices on imports.

The Fed is tasked by law with fostering full employment and steady prices.

"All participants pointed to ongoing trade disputes as an important source of uncertainty and risks," according to the minutes.

Policymakers pointed out that a large prolonged trade dispute could likely hit business sentiment, investment spending and employment. Wide-ranging tariff increases, however, would reduce the purchasing power of U.S. households, according to the minutes.

The minutes also gave an indication the Fed was preparing to debate once again how best to implement its monetary policy. Fed Chairman Jerome Powell said this discussion would likely take place "in the fall," according to the minutes.

U.S. President Donald Trump told Reuters on Monday he was "not thrilled" with Powell's Fed for raising interest rates and said the central bank should do more to boost the economy.