Trade war between US, China resumes with tariff hike in $16 billion worth of goods 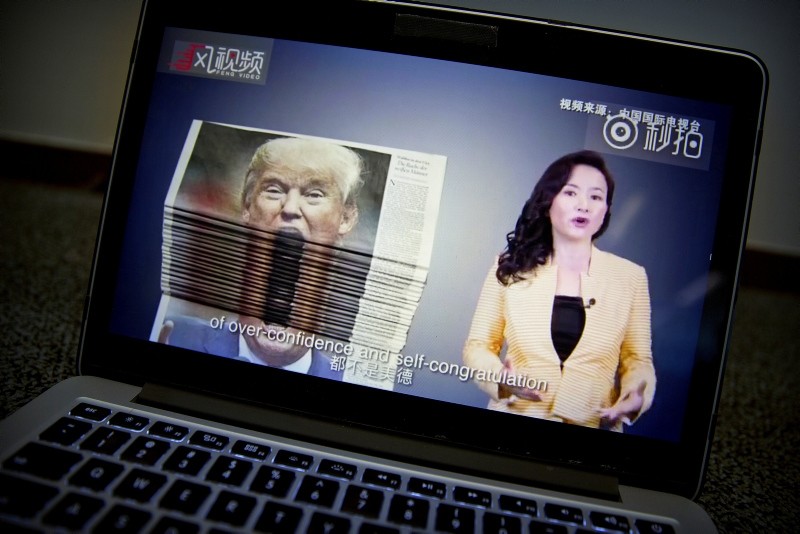 The United States slapped steep tariffs on another $16 billion in Chinese goods on Thursday, triggering a swift tit-for-tat retaliation from Beijing, even as negotiators from both sides seek to soothe trade tensions.

The latest action completes the first round of $50 billion in Chinese products that President Donald Trump targeted with Beijing striking back at American products dollar-for-dollar at each step.

China "firmly opposes the tariffs and has no choice but to continue to make the necessary counter-attacks", the commerce ministry said in a statement.

Beijing hit back with tariffs on an equal amount of U.S. goods, targeting iconic products such as Harley-Davidson motorcycles, dump trucks and asphalt, among hundreds of others.

China's commerce ministry said the U.S. tariffs were "clearly suspected" of violating World Trade Organization and noted it would file a lawsuit against them under the WTO's dispute resolution mechanism.

The escalation came as the world's two largest economies hold their first formal discussions since June on the spiraling trade war.

Trump has pushed aggressive trade actions to lower the U.S. trade deficit, which he equates with theft from Americans. But U.S. trading partners have retaliated aggressively, which is hurting American farmers, manufacturers and consumers.

U.S. businesses have become increasingly concerned about the tariffs, which are raising prices for manufacturers and could hurt the economy, although the prospect of a negotiated solution buoyed world markets this week.

However, Federal Reserve officials have warned that "an escalation in international trade disputes was a potentially consequential downside risk for real activity", according to the minutes of its July 31-August 1 policy meeting.

A large-scale and prolonged dispute likely would adversely impact business sentiment, investment spending and employment, the officials warned, and boost prices, which would "reduce the purchasing power of U.S. households".

Still pending is the possibility of new duties on another $200 billion in Chinese goods, which are the subject of public hearings this week, as well as Trump's proposed 25 percent taxes on all auto imports to protect the U.S. car industry.

China has responded by threatening to impose new tariffs on $60 billion worth of U.S. goods, while Beijing could also target the local operations of U.S. corporations with inspections and boycotts as it has done in past disputes with South Korea and Japan.

China's state media has taken aim at Apple in recent weeks, accusing the U.S. titan of allowing illegal apps to proliferate on its platform.

U.S. Commerce Secretary Wilbur Ross said China will not be able to continue to retaliate at the same pace as the United States.

"Naturally they'll retaliate a little bit. But at the end of the day, we have many more bullets than they do. They know it," Ross said on CNBC. "We have a much stronger economy than they have, they know that too."

Trump has threatened to target all $500 billion in goods the U.S. imports from China, noting that Beijing cannot continue to retaliate in kind since it imports less than $200 billion a year in American goods.

The talks were to continue Thursday, but the Treasury has not specified what topics are being discussed.

In Beijing, China's foreign ministry declined to provide details on the progress of the negotiations.

"We hope the U.S. can make concerted efforts with China and follow a rational and practical attitude to earnestly seek good results in the talks," foreign ministry spokesman Lu Kang told a regular news briefing.

Trump said earlier this week that he was not expecting much from the dialogue.

"We are a country that has been ripped off by anybody and we are not going to be ripped off anymore," he said at a campaign rally in West Virginia on Tuesday.

Thousands of large and small companies and industry groups have urged the Trump administration to reconsider the tariffs, which some say could put them out of business.

The administration has already been forced to announce a $12 billion aid program for farmers hurt by the trade row, as U.S. agricultural products, like soybeans, were an easy target for China and others.