Iran’s case against US sanctions opens at top UN court 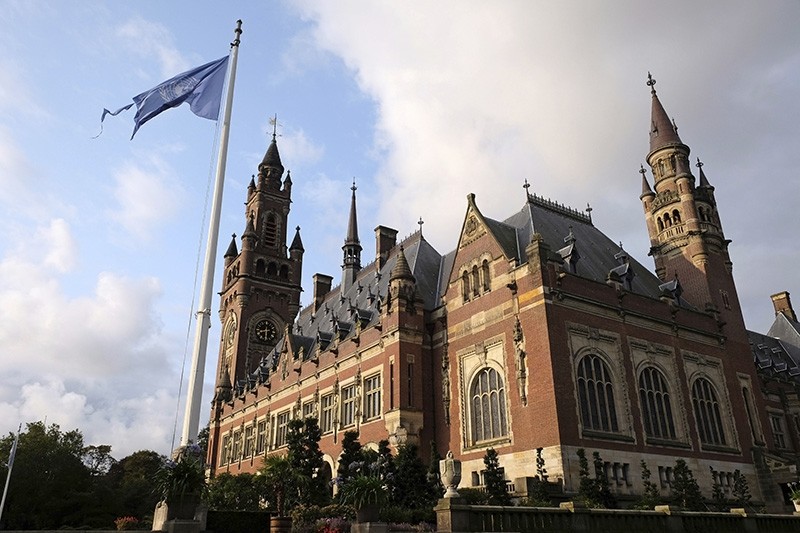 Iran opened a lawsuit Monday demanding the U.N.'s top court order the suspension of renewed U.S. sanctions which it says are devastating its economy.

"The United States is publicly propagating a policy intending to damage as severely as possible Iran's economy and Iranian nationals and companies," Iran's lawyer Mohsen Mohebi told the International Court of Justice in The Hague.

The Islamic Republic says U.S. President Donald Trump's decision to reimpose sanctions over its nuclear program aims to bring it "to its knees" and are in breach of a 1955 treaty.

Sanctions had been lifted under a 2015 multilateral agreement in return for Iran committing not to pursue nuclear weapons.

But Trump reimposed unilateral sanctions three weeks ago. He said they were needed to ensure Iran never builds a nuclear bomb.

A second wave of punitive measures is due to hit Iran in early November, targeting its vital energy sector including oil exports.

The U.S. measures have added to Iran's economic woes, helping to fuel strikes and protests from across the country and political spectrum.

Tehran filed its case before the ICJ in late July, calling on the Hague-based tribunal's judges to order the immediate lifting of sanctions pending a definitive ruling.

It said the sanctions would cause it "irreparable prejudice." It argues they breach the 1955 Treaty of Amity and Economic Relations between Iran and the United States.

"The current U.S. Administration is pushing the sanctions to their maximum with the sole aim of bringing Iran to its knees," Iran's lawyers said in the court filing.

"The USA is besieging Iran economically, with all the dramatic consequences that a siege implies for the besieged population."

The ICJ is expected to take a couple of months to decide whether to grant Tehran's request for a provisional ruling. A final decision in the case may take years.

The 2015 deal was signed by Iran and the five permanent members of the United Nations Security Council plus Germany.

Trump, who took office in 2016, called it a "horrible one-sided deal."

He said it "failed to achieve the fundamental objective of blocking all paths to an Iranian nuclear bomb."

To the horror of the other signatories, Trump pulled out and announced he would reinstate sanctions.

Tehran says that the new sanctions are already hurting its economy. Iran's currency the rial has lost around half its value since April.

In a court filing at the ICJ, Iran's lawyers said the U.S. sanctions threaten tens of billions of dollars' worth of business deals with foreign companies.

International companies including France's Total, Peugeot and Renault, and Germany's Siemens and Daimler, have suspended operations in Iran since Trump announced the US withdrawal from the nuclear deal in May.

Air France and British Airways announced Thursday they would halt flights to Tehran next month, saying they were not commercially viable. The British carrier added however that the decision was unrelated to the fresh sanctions.

Trump said the sanctions would turn up the financial pressure on Tehran to come to a "comprehensive and lasting solution" regarding its activities such as its "ballistic missile program and its support for terrorism."

Iran's supreme leader Ayatollah Ali Khamenei this month appeared to rule out any immediate prospect of talks, saying "there will be neither war, nor negotiations," with the U.S.

Washington's lawyers will present their case on Tuesday. Experts expect them to challenge the ICJ's jurisdiction.

The ICJ was set up in 1946 to rule in disputes between countries.